Is Phoneography the Future of Photography?

We are at a time where it kind of feels like there’s a new update in technology every week. It might remind you of that Best Buy commercial where the customers purchase something brand new one week, and the next week the newer version is released is and is all the rave.

Technology and innovations are just on a very speedy, upward track. There always seems to be a new trend or that new thing that people want to be a part.

For example, we can talk about televisions and their add-ones. One moment we all want the flat screen TV’s, but now we are looking to even better 3-D televisions and OLED television screens—and the future of movie lies in the BluRay technology, right when people have acquired healthy DVD collections. Companies are always working towards that next big thing.

The design community is no different. We pay extremely close attention to trends and such, not just because it’s cool but because as a designer, we have to be aware of what potential customers and clients are looking at and must be ready to produce something similar. We have to be up on our design technology or we are at a disadvantage. One of the most recent trends and greater advances in the design community is the trend of mobile phone photography, affectionately called “Phoneography “(or “iPhoneography” or “Droidography” depending on your means of picture-taking). 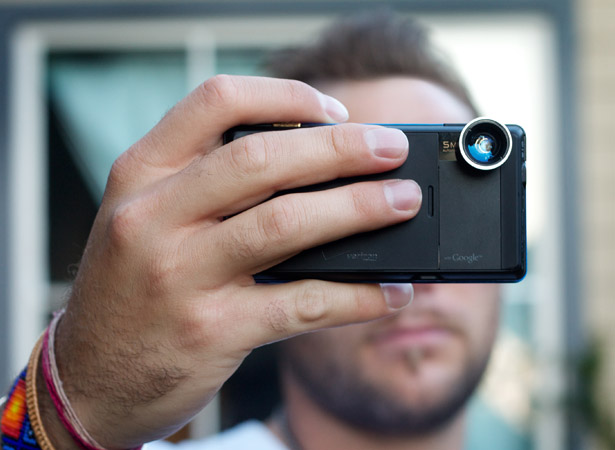 We have the ability to take extremely stellar pictures with the same tool we use to make a phone call or send a text message. The reason we have this privilege is because of the speedy advances in technology. For example, we have the iPhone, which many people believe is the phone or Apple is the brand for designers. Because of this, the phone was equipped with a pretty decent camera. Now, because the iPhone has a good camera, many other smart phones have got to have a great camera because they want to be seen as good competitors. So now we have all these smart phones, with fairly awesome cameras.

The connection between photography and phoneography 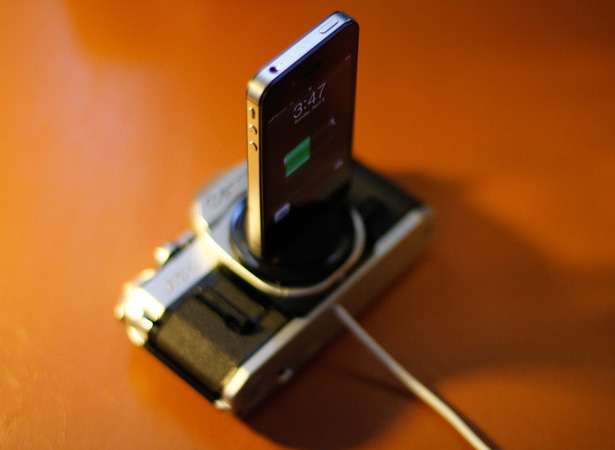 Photography is basically the art of taking pictures. (can insert more definitions). What makes a picture good is not just it’s composition or what’s in the picture, but it’s also the feeling that is conveyed in that picture. The way a picture can convey that feelings is not just about who and what is in the picture, but it can be additives such as colors (or lack of color) as well as texture, or quite frankly any other thing a photographer finds necessary to make their picture better.

Apps such as Instagram, HippoCam, or Pudding Camera make it easy to take a picture and add a look or theme to it that looks like something you might find in an art exhibit or in a magazine. It’s easy. As far as photography is concerned, one can take a good picture and at the click of a button, have the ability to add that extra feeling or that extra depth to a picture taken on your camera phone.

I also believe it’s important to keep in mind that it’s not all about the equipment used, it’s always about the person behind the equipment and the talent they have. As bad as I wanted a Canon 5D or any type of DSLR, I would have no clue how to work it. I’m accustomed to point and shoot technology and while I’m sure I could learn how to use a DSLR, I’m not going to have great results immediately–I’m not going to take great pictures. The same can be said in reverse–the equipment could be not the highest in quality, but the person behind the camera (for the purposes of this article, perhaps even a phone camera) may be extremely talented and create great composition and produce a great photograph. You just have to know what you’re doing and working with. 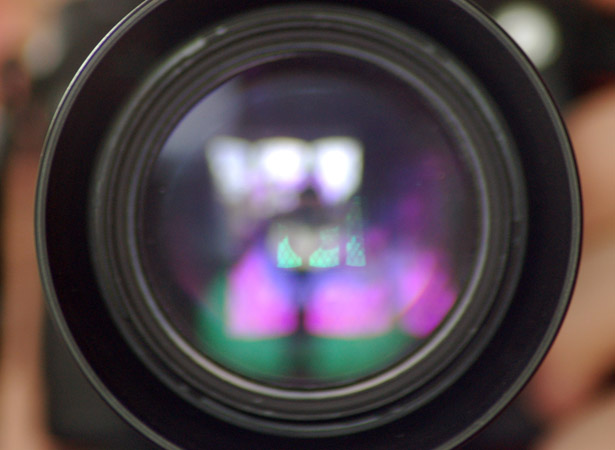 Firstly, when I refer to phoneography as being the future of photography, I’m not talking about DSLRs and photography classes and degrees being completely obliterated. But I do mean phoneography could be a legit and trusted trend in the design community. It has the potential to be trusted enough for people to feel comfortable doing it outside of a hobby, but using it as a legitimate competitor or alternative to those that know how to work a really good camera.

That statement may have ruffled some feathers and as a person in the design community, it kind of makes me uneasy as well. It reminds me of the time when I felt like all designers should start out reading books and learning about graphic design and saving their money up to purchase Photoshop or even the whole Adobe Creative Suite. I felt like that was the right thing to do as a person who wanted to pursue that profession—if you want to do it and make the money from it, then you have to follow the industry standards.

Then I got a couple of jobs and looked at a few of my competitors. People were getting and keeping legitimate clients with alternatives to Photoshop. And on top of that, these folks had never read a book on design or even really bothered to be a part of the design community other than to ask random strangers how to execute some techniques. You will never understand how hurt I was to find out people were making more than I by using PaintShop Pro and Gimp.

But that’s the type of climate we are in, especially talking low-end, client-based work. They want results more than anything. And if you can give the results they are looking for based off your skills in phoneography, I believe there is a good chance someone can do something with it. Here’s why:

Taking a picture with a camera is extremely easy. It has pretty much the same functionality as a point-and-shoot or digital camera. The benefit, of course, is the ability to change many different features such as ISO, aperture and such.

With certain applications, you can add feeling or texture to your photo simply by pushing a button and applying it. Depending on your application, you can run into some cheesy presets, but imagine being able to snap a picture and knowing what it needs to look like in order to put a certain preset on it. That would be a sign of a talented phoneographer.

If one isn’t all about the presets there are some apps that allow you complete and total control over what you want to picture to look like. It’s all right there—there’s no need to upload photo’s and use expensive programs.

With your high end camera’s, most times you have to hook up your camera to your computer or attach the SD card and dump your photos. Heck, some photographers still believe in using and developing film. There’s nothing wrong with these techniques, but phoneography allows ease with sharing pictures, whether it be via email with a pal or through social networks.

Of course we all know Instagram is the social network for photos, so you have the ability to build that connection. Sharing and social relationships are almost necessary in being successful in today’s climate. It doesn’t seem like a big deal to dump pictures and upload, however, wouldn’t you rather do it at the click of a few buttons?

Smaller businesses are always looking to get the most bang for their buck. Sometimes they aren’t even looking for bang at all, just their basic needs and depending on the strategy, there’s nothing wrong with that. If you have a smartphone, you probably have a decent camera that can take a nice picture, especially one acceptable for the web.

If I’m a small business on a budget that needs a few decent pictures for the web, am I more apt to hire a photographer or an alternative? Right now it seems farfetched to hire a skilled “phoneographer” but it’s something that can be considered in the near future. Cheap equipment, cheap (or free) software, quick turnaround, and a useable to fair product. Sounds like a potential win.

Of course, the newer the phone is, the better your camera will be. Companies are figuring out ways to really add some great features to phones. Not just that, but there are companies that have many additions to phones such as camera lenses that chance the look of your pictures (i.e., fish bowl) as well as products that you can connect to your phone that allows you to click and take your picture rather than have to push a button on your touch screen phone—adds that more natural feel.

There are also tripods for your phone, as well as lens mounts that allow you to use your DSLR lens. It’s no telling what will be next as far as advances to features and additions that can make phoneography better.

I know you’re thinking, this can be a hard pill to swallow or a weird thing to even consider—folks making a living off a camera phone? But here are some examples of good phoneography and phoneographers to perhaps persuade you or help you feel a bit more strongly. After all, seeing is believing. 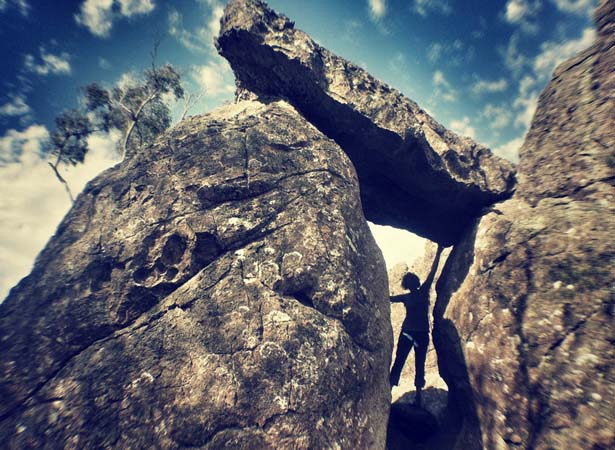 Taken with Apple iPhone and edited with Snapseed

Dogs of War by ShelSerkin 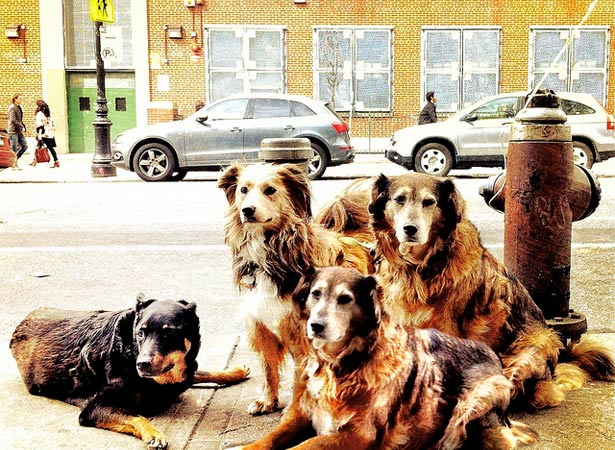 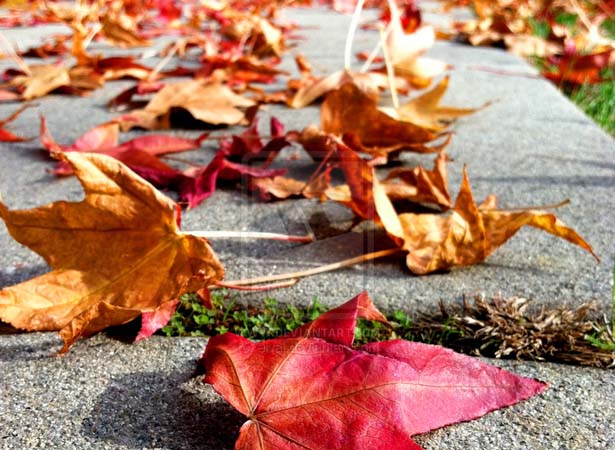 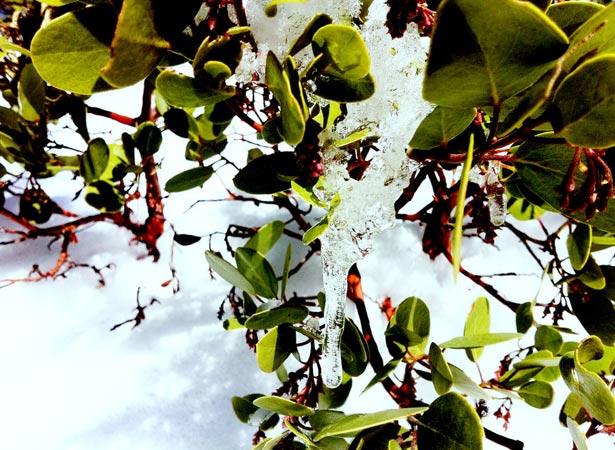 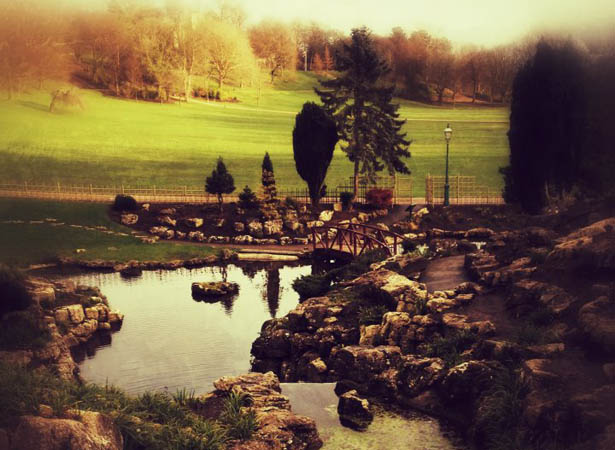 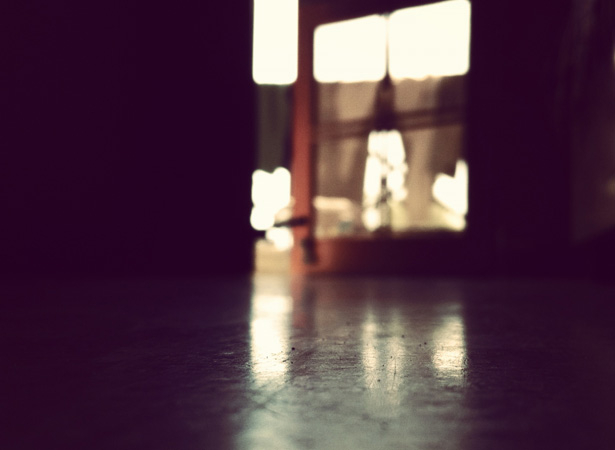 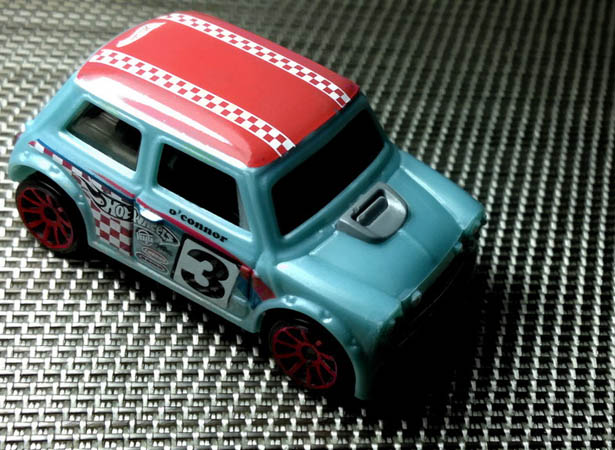 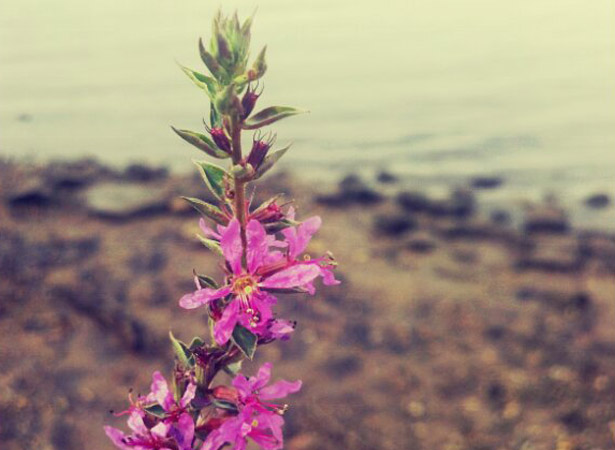 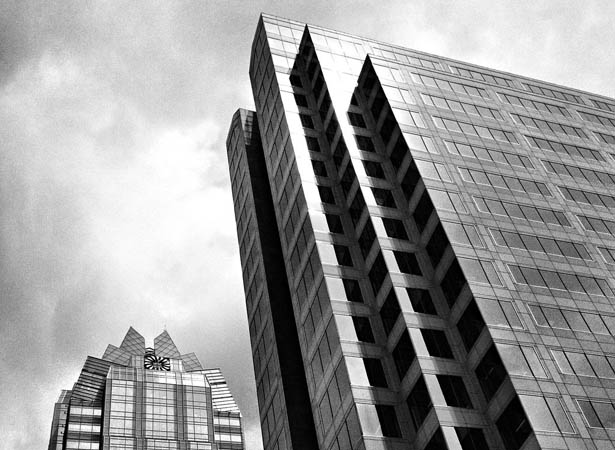 Taken with Apple iPhone 4 and edited with Photogene 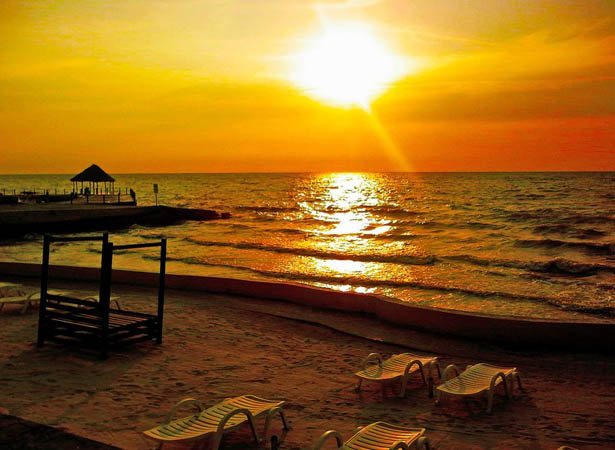 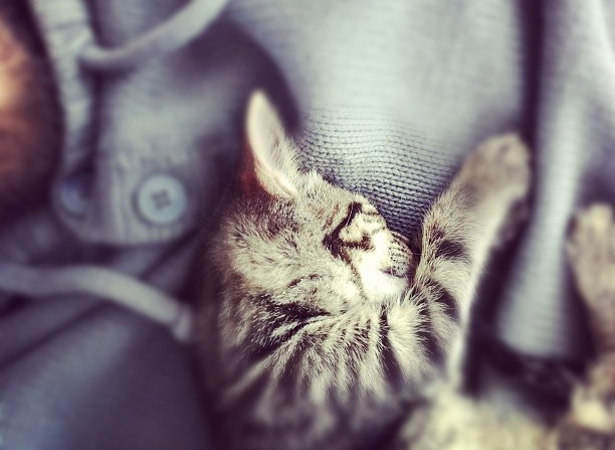 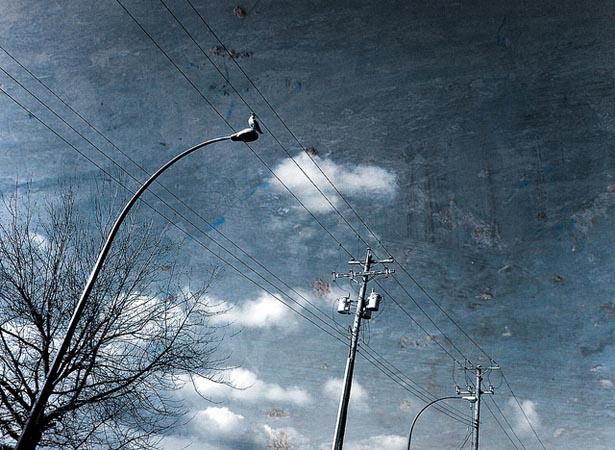 Taken with Nexus S and edited with Pixlr-o-matic

Is this the future?

The short answer, I believe is, yes. Again, don’t misconstrue—there will never be anything better than a good photographer with a good DSLR or feature packed camera.

While I also believe there’s more a future in it for the ‘little guys’, you cannot erase the fact that many museums are jumping onto the trend by featuring phoneography visits. These are books being made featuring phoneography. And what if a major camera company such as Canon or Nikon decided to stand behind the phoneography movement, perhaps by creating apps as well as add-ons that benefited these hobbyists? The trend could move forward, quality could improve, and again, phoneography could be a legitimate alternative to other options that are out there.

Understandably, “phoneography” is a great, forward moving trend and trends do sometimes fade, but this is one that could and should stick around for a while. 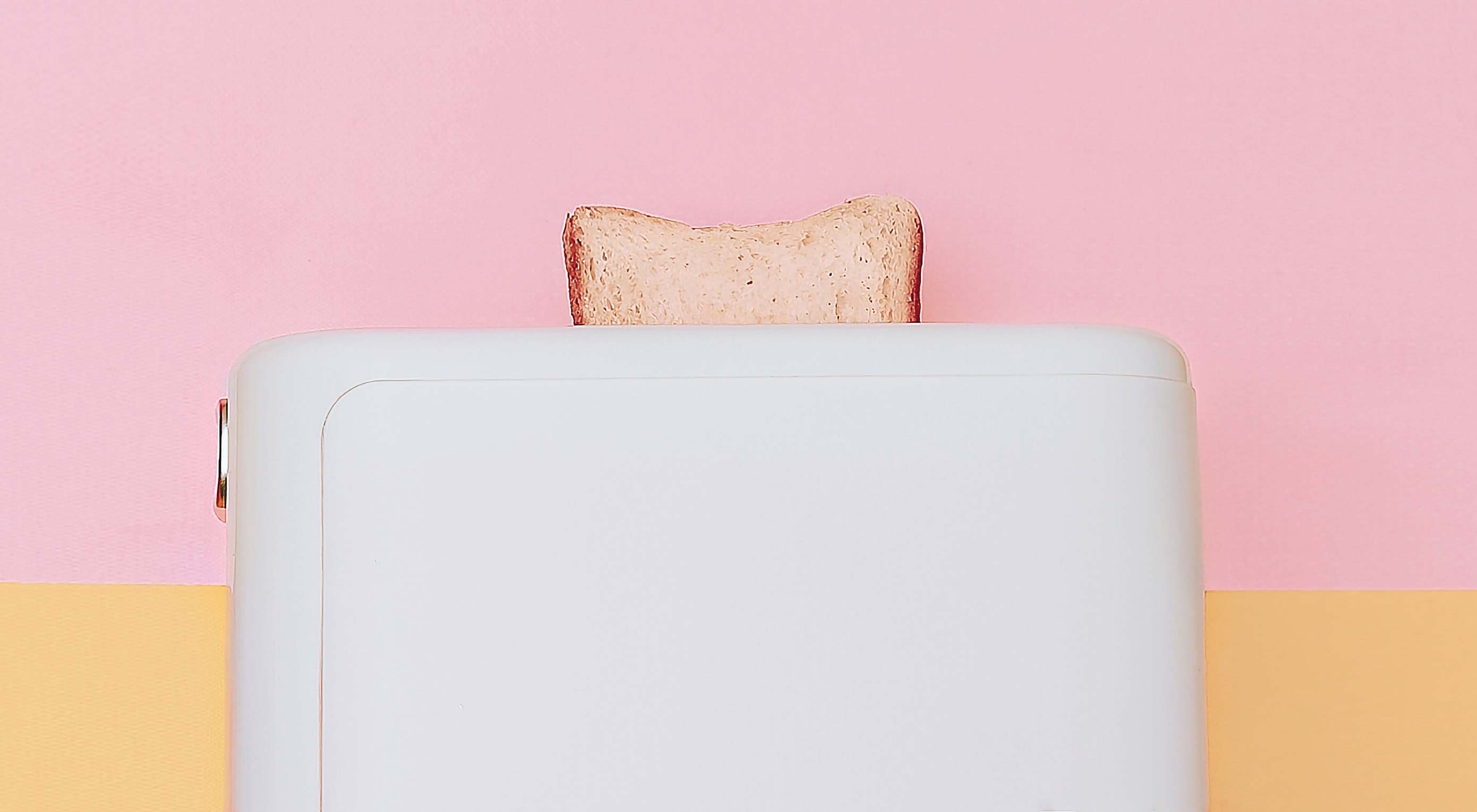 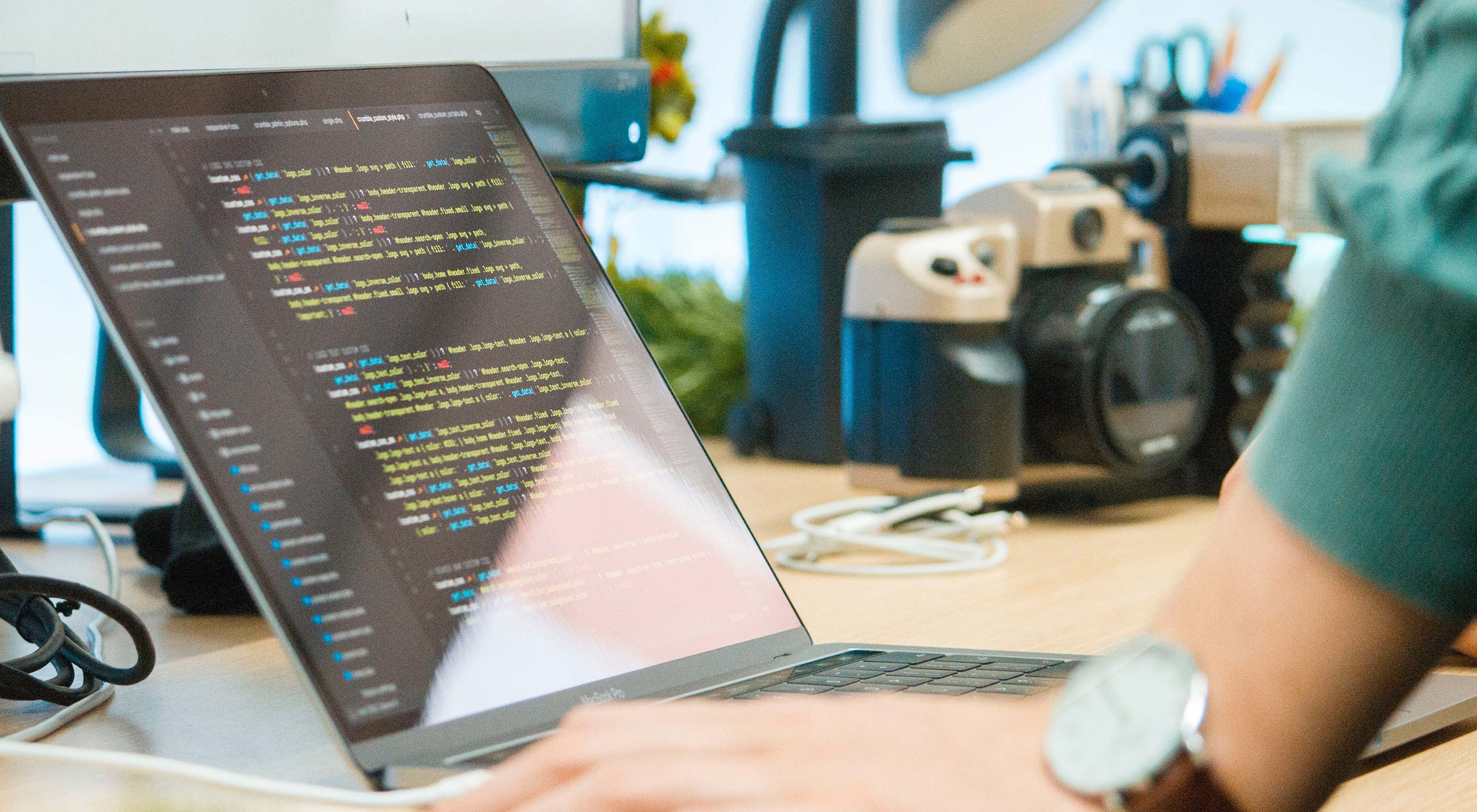 Is There a Viable Alternative to Javascript? 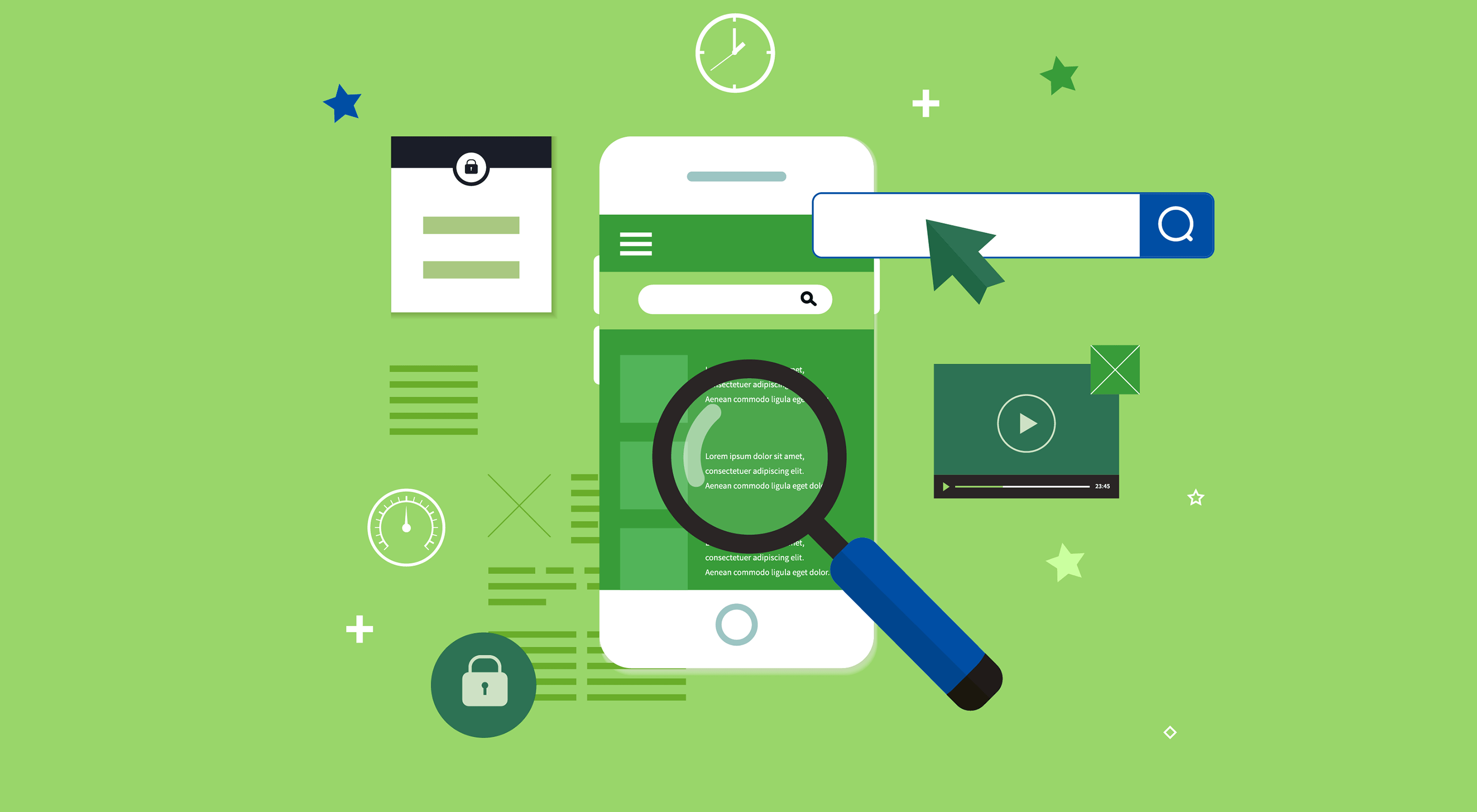