Advertising As We Know it is DEAD

As an undergraduate of my university’s advertising program, every year, I’d have some sort of Super Bowl function that was centered around watching the commercials. After all, as an ad student, this was kind of a big deal and would be absolutely relevant to the next week of classes.

We would laugh at, be upset with, and critique most of the million dollar spots. Even though I was more interested in designing and directing print ads, I figured it couldn’t hurt to contribute to an upcoming topic and knock back a few brews.

Either way, once the final quarter ended and the winners celebrated by dumping Gatorade on their coach, I always felt unsatisfied. I know football isn’t my sport of choice, but most times the commercials were lackluster (and the half-time shows have been the pits). Most times I found myself making excuses for the commercials; “oh, that’s great for their target audience” or “oh, it was only a 15 second spot.”

Then it hit me one day after discussing the commercials with my baby-boomer mom. We were just talking about a pretty terrible commercial when she responded, “Yea, y’know commercials just ain’t what they used to be.”

While she probably said it flippantly, today, she is absolutely right—advertising as we know it just isn’t the same, and it’s truly on it’s last breath. Here’s my take on why… 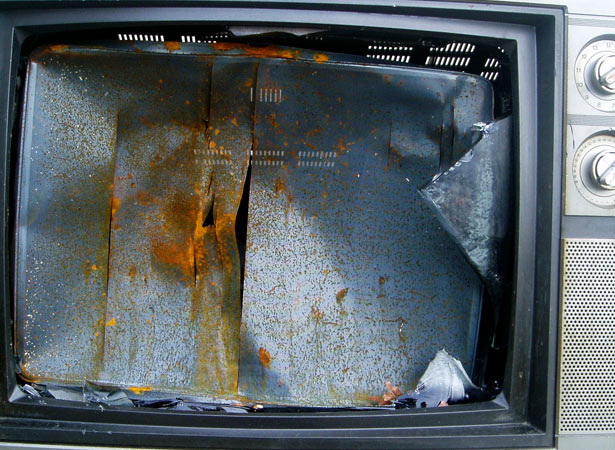 It may just be me and my peers but we rarely watch television. I mean, we get into the big events, but we aren’t that into a specific series, and if we are fans of a series we’ll catch it “On Demand” or on Hulu with a fraction of the commercials. Perhaps we’re too busy to care.

It’s not a huge deal because people are still obviously watching some shows and most networks are finding new ways to monetize their company. However, the issue is not the show or the network, it’s the viewer and their growing immunity to these commercial breaks.

I recall in some science class, we talked about how farmers use pesticides to try and kill the insects that were eating up their crops. Through evolution and adaptation, the bugs were becoming more and more able to resist the pesticides—they had gotten used to them. Farmers would make stronger pesticides, but the bugs kept multiplying and leaving offspring that were getting stronger and more immune to the chemicals.

Now, I’m no scientist, but I’d say the general population has reached a point where we are almost immune to commercials. I mean, half the time, we get up and do something else anyway. And most of these commercials are using the same tactics anyway (which we’ll get into a little later). We know all too well that it’s coming so we attempt to avoid it. And while I’m targeting television, it doesn’t work too hot across other media either. Internet banner ads and text ads are losing a bit of their sting as well.

Why? Technology is changing. People are spending less time on the couch and more time at the desk. Social media is the new trend and folks don’t want to be just sold to, they want to be interacted with (and we’ll also get into this point later). People want a good reason to go out and purchase a company’s product or service over your competition, and the fact that a company can give you a good laugh doesn’t necessarily give a company an edge. Companies have to make sure their audience frequents whatever media they’re looking into and why their audience is there. Slapping a commercial together and hoping someone will hear it or see it just won’t do.

It’s all the same 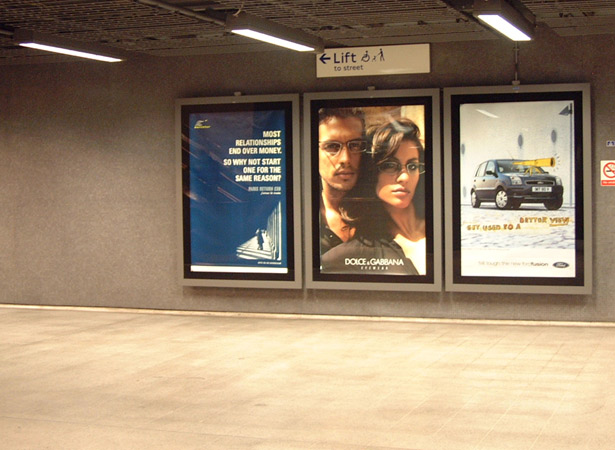 Now once again, this could be my own solid issue, but if I seriously see another company try to sell me something by using dry humor, I’m going to go nuts. I haven’t seen a good commercial in a while—one that both makes sense and is effective. It’s almost like everyone figured out being funny was cool and they just went with it. Little do companies know, that past that good chuckle, half of us still aren’t running to your places of business and buying two of whatever it is you’re advertising.

Humor is good and works in some situations but I think companies mix up a response to an ad with the effectiveness of an ad. Most ads try to draw us in with a story line, sprinkle on some humor, and then BAM—the product shot. For example, I think this Sonic commercial is absolutely hilarious—probably because I’m catching the subtle innuendos here, but hilarious nonetheless. I just wonder what it has to do with hot dogs. While I’m a fan of Sonic, the commercial doesn’t do much for me other than make me laugh.

What I’m trying to say is, advertising has straight up lost its creativity. Even if the hook isn’t the go-to humor, you’ve got sex in ads that never really need it, ads that are solely product glamor shots, or something that’s already been done a million times. And because of that, the general population is not amused (remember that immunity thing we talked about?). It’s one thing to recognize an ad or company because it’s funny, but it’s another thing to remember the company because the commercial actually stuck and drew something out of you.

The dagger is branding 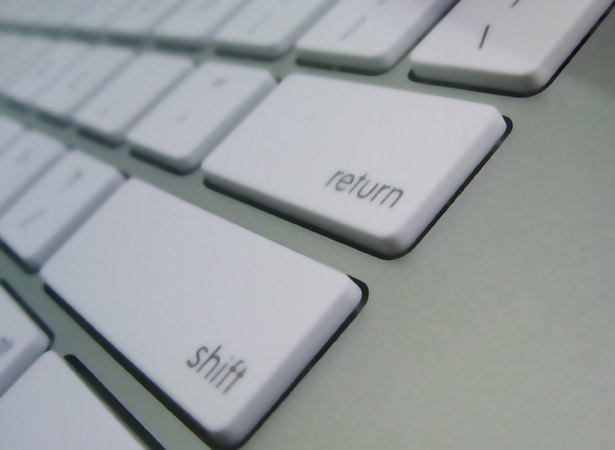 Companies, especially new ones, just do not understand the importance of branding. It isn’t just picking a logo and colors, and it is no longer the ability to just inundate our media with commercials for products and services. Most want to put together an ad campaign and hope that we’ll watch TV at that time and giggle so hard that we’ll buy something from them. Hell, sometimes it works, but what a company needs to be sustainable is customer loyalty.

And this is where branding (specifically cult branding) comes into play. Customers today really desire a connection; there’s got to be a reason to use your product other than it works. We want to feel like the company understands us, our needs, and our lifestyle so much so that it feels like they cater directly to us. The way a company brands themselves and positions themselves in someone’s mind truly determines how a customer will react to them. Companies have to figure out what makes themselves and their audience unique and how to cater to those people, and create a brand out of that.

When you think about cult brands, it’s easiest for us designers to relate to Apple products. Steve Jobs does a great job at really romanticizing many of the Apple product features, but notice he never brands his products as a feature-benefit type of deal. He tells you how great and unique this product is and how it’s going to not just change your life, but change the way the world does this kind of product. So you don’t just have the ability to purchase and own a neat cell phone, but you’ve got the opportunity to be the first to have this cutting edge technology, to stand out amongst your friends, and frankly, be better than them. And their regular advertisements are more like party flyers and announcements than commercials. You get to see the product in action, how it contributes to your life, and figure our where to go check it out. But that’s not where it stops. Mac has events, conferences, pretty exceptional customer service, and much more. Owning Apple products is less about owning a phone or a tablet or a computer, and more about owning a lifestyle.

Regardless of how you feel about Apple’s products specifically, all companies could take some notes on their techniques.

So, when’s the funeral?

Advertising as we know it (TV commercials, radio, commercials, print, and some web) is no longer going to cut it, especially by itself.

Campaigns are going to have to draw customers into a brand and lifestyle or something greater than just a product or service. I will say, it’s a bit easier for older companies—they’ll get repeat customers just because of their age and reputation, but the newer companies are really going to have to take some time and figure out what makes them new and unique and cater to that small niche so that it can grow.

I remember our first family computer back in the 90s was a Macintosh and folks laughed at us—now, 20 years later, Apple practically rules the technology world and folks laugh at you when you don’t have a Mac. Advertising as a cut-and-dry proposition is dead and gone. Clearly, putting in extra time and effort now is a requirement, much like it was in the early days of advertising.

What do you think is going to be the next wave of EFFECTIVE advertising? Are you tired of the funny commercials, or is it just me? 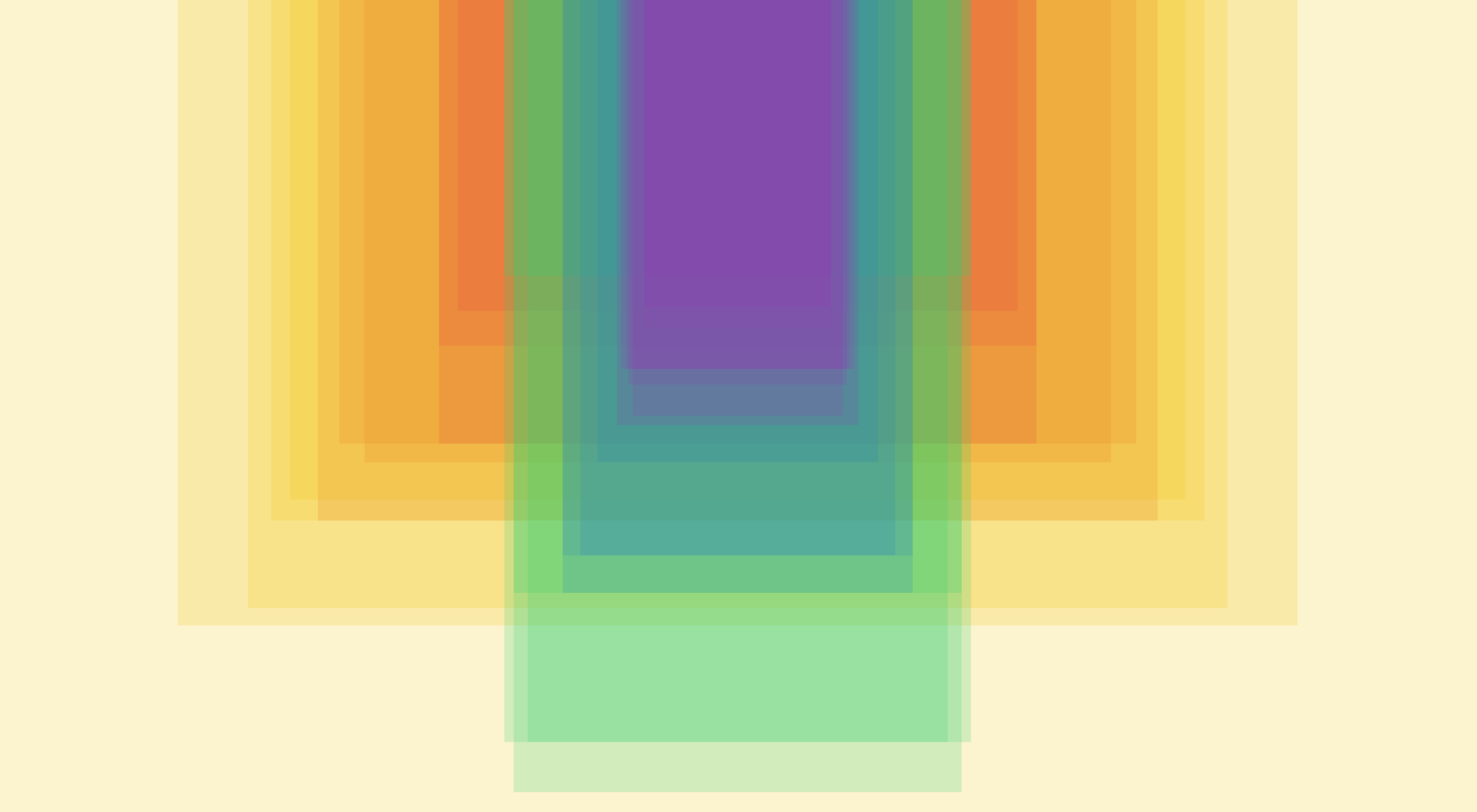