Wishing all WebdesignerDepot readers a happy and prosperous 2018, we look at some of the trends that will impact our industry, for good and ill, over the next 12 months.

Happy New Year! At this time every January we try to predict what’s going to happen in our industry over the next 12 months.

I hope that 2018 will be a great year for inclusive design, for standards-compliance, for ethical practices. I hope for those things every year, and annually it does feel like we’re inching closer.

However this post is about unexpected trends, changes, and an attempt to predict the landscape ahead of us, because it feels like there’s change in the air…

This time last year I made seven predictions for 2017 that were surprisingly accurate.

Last year I predicted that 2017 would not be the year of VR. I was proved correct, the constraints of the physical tech is too much of an obstruction.

I predicted that we’d be more security conscious than ever, but that we’d drop passwords. I was half right. SSL for instance has become all but mandatory over the last 12 months, but sadly we’re still using passwords. I’m scoring myself half a point for that one.

I suggested that AI would finally come of age, not as a technology, but as a marketing tool. Hundreds of apps and services have claimed to be powered by AI in the last year, at least half of the press releases we receive mention AI somewhere, and yet no one has made AI work.

I thought we’d see an end to websites as closed systems, and an end to online advertising. I still think that trend is apparent (see below) but this one might take more than 12 months.

I thought the web would become more beautiful in 2017, with an end to utilitarian design. And then we got Brutalism. However I do think clients are beginning to engage with the idea of beauty, or at least aesthetic considerations beyond the purely functional. Gradients made a comeback, and we fell in love with color again. I’m giving myself that one.

I said we’d see a huge growth in the number of design tools, and we did. Countless site builders were released—most boasting AI features of some kind. Quality was admittedly variable, but when it comes to tools, more options is always more.

Finally I predicted—somewhat tongue in cheek—the unstoppable rise of ‘VX Design’ as a rival to UX. This was a joke. Until I saw an advert late in 2017 seeking an ‘experienced CX [Customer Experience] Designer’. Facepalm.

In almost all cases trends within the design industry come from two places: firstly, design is hugely influenced by the tools used to create it, new tech drives new trends; secondly, design—in fact all culture—is cyclical, following a pattern of revolution and counter-revolution, so to predict tomorrow we need simply look at yesterday.

Skeuomorphism has been dressed up as the antithesis of effective design for some years, but its return is inevitable.

I’m not suggesting we start designing faux-leather wallpapers for our iPhone X, with a little wrinkle to accommodate the notch. But skeuomorphism does something better than flat design: it communicates function.

Widespread adoption of design patterns and homogenized design lowered the usability bar for flat design. Just about any rectilinear shape in a contrasting color looked like a button. As the digital world merges with the physical, skeuomorphic UI design lends itself to affordances in a way that flat design does not.

2. The Agonisingly Slow Demise of WordPress

WordPress we’re told powers somewhere around 26% of the web. So it would be somewhat cavalier to predict that it’s a technology on the wane. However there are several reasons to think WordPress’ number may be up.

Firstly its performance is being artificially inflated. The usage stats assume that all sites are created equal instead of weighting traffic-heavy sites; the stats treat a blog that was started 10 years ago and contains a single post, as of equal significance as Facebook.

Furthermore the success of WordPress is arguably less to do with its performance as a CMS, and more to do with the third party industry that feeds it. The site builder/theme market has centered around WordPress for some time. However the rise of proprietary site builders like Wix, Webydo, Squarespace, and so on, is siphoning off the lower end of the market.

WordPress is still a great option for blogs (like this one) but this type of site does not make up 26% of the web. As with many tools, the issue is legacy code, and a legacy mentality. If you were going to sit down and design a modern CMS from scratch it would not look like WordPress.

A lot of people have a lot invested in WordPress, and it is already present in enough sites to be around for years to come, but its decline will begin in 2018.

VR is still an amazing experience, but it fails in one key area: VR is all or nothing, you put on a headset or you don’t.

Augmented Reality (AR) on the other hand is, by definition, a progressive enhancement. Unlike VR, AR offers an optional experience. Hugely popular already thanks to pioneering projects like Pokémon Go, new uses for AR are being found all the time, and the technology for generating AR content gets increasingly accessible.

Traditionally, technology like AR that progressively enhances existing content is exactly the type of tech that is successful on the web.

4. The End of Online Advertising (Again)

Online advertising has been limping along for years. It exists solely because sites (yes, like this one) need to recoup some of the costs involved in publishing. However you’re more likely to survive a plane crash than click a banner ad.

With the all but certain demise of net neutrality in the US, we’re likely to see new payment models emerge over the next year. If consumers are paying for high-speed access to certain sites (because costs are always passed on to the consumer) they are unlikely to tolerate advertising as well. To compound this issue for advertising companies, one simple way for telecoms companies to deliver a faster web with minimal investment is to cache pages without adverts.

Even if an ad-free web is not offered on your cable bill in the near future, there are plenty of ad-blockers on the market, and Chrome will be blocking some adverts itself from February.

Paywalls are not a popular alternative to adverts, but Medium’s clap-o-meter appears to be successful, and The Guardian newspaper raised more money asking for voluntary donations than it did from advertising.

Most online advertising doesn’t work, and as soon as alternatives are a proven success adverts will be a thing of the past.

The preferred typographic flavor of the last few years has been the geometric sans-serif. It’s plain, functional, inoffensive, and the darling of every tech entrepreneur—or at least the ones that have already made their billions. In 2018, the reaction to this tired style will be the rediscovery of serifs, ligatures, swashes, and decorative lettering.

Over the last couple of years we’ve seen enormous growth in illustration as a mainstay online. Illustration solves numerous design issues: it enables a unique brand identity, it’s naturally responsive when exported as SVG, and even an animated SVG is smaller than a typical static bitmap.

A lettering renaissance, coupled with what we’ve learned coding SVG in the last couple of years will result in wildly creative lettering that is responsive, and unlike anything we’ve seen on the web before.

Over the last 12 months we’ve seen numerous startups (and established companies who should really know better) boast of their implementations of AI. All this despite the fact that no one has created an AI yet.

To understand the state of AI development ask an AI to select a brand color for you. It will present you with one of two options: tech-blue, or muddy brown. That’s because the current level of decision making is based on averages. Blue is the most common color online, and brown would be a mixture of all the colors found online. Which one is presented will depend on whether the AI is coded to calculate the average as mode or mean.

The only people to successfully create an AI are marketing departments, who simply changed the definition of the term to fit their product.

As a result, the term ‘AI’ is now sullied. Not because it wouldn’t be a wonderful technological achievement to develop an AI, but because any such achievement would be lost amongst a thousand press releases claiming to have achieved the same thing.

AI will not stand out in 2018, but rather its antithesis, a return to human-designed. A celebration of craft.

It is of course very easy to pluck a few trends out of the air, and call them predictions. There’s no way of actually seeing into the future with any accuracy.

Trends that are already noticeable will inevitably continue into 2018. Technology that is past its sell-by-date will be replaced by better technology. Evolved tools will enable and inspire. Wider culture will influence us. And if history is anything to go by we’ll make some pretty stupid mistakes.

But by and large we’re getting better at this web thing. Honestly, I can hardly wait to get started. 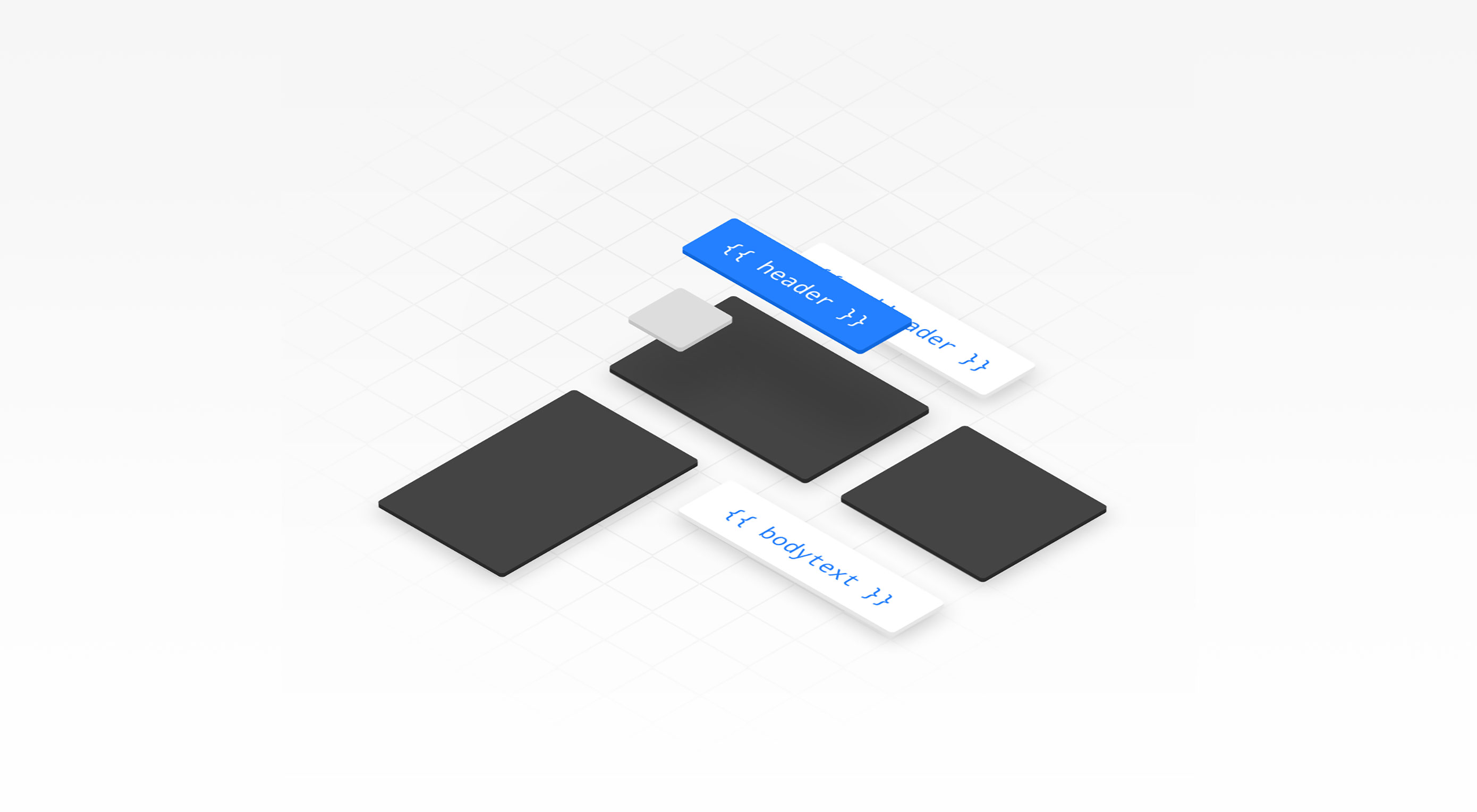