No More Fear of Illustrator!

If you’re anything like me, you’ve always viewed Adobe Illustrator as an incredibly intimidating program. I think Illustrator might have the reputation of being the most complex program designers use.

And because of that, a lot of new designers are afraid to even start using it. They take one look at it and go back to Photoshop.

Sure, I’ve used Illustrator for various projects, but I always felt a little bit like I wasn’t “worthy” of Illustrator. Like I didn’t have the necessary skills to do the program justice.

After attending the Adobe Reviewer’s Workshop and talking with people on the Illustrator development team, I realized that I’m exactly the kind of person Illustrator was meant for.

In fact, so are you. So is everyone who uses it.

That’s the beauty of Illustrator. It’s meant to be used however you need or want to use it. That’s it. If you need to create vector illustrations with thousands of anchor points that take you dozens of hours to complete, then Illustrator is perfect for you.

If you need to create a simple wireframe, then Illustrator is for you.

If you need to convert an existing raster image to a vector image, then Illustrator is for you.

And if you need to do virtually anything in between, Illustrator is for you.

The problem that always cropped up, for me at least, was that the Illustrator interface seemed so complicated. So many of the tools and terms were foreign to me, despite being complete proficient in Photoshop and other raster image editing programs. And so I didn’t use Illustrator unless I absolutely had to. That usually meant the only time I used it was to edit a file someone else created, rather than creating my own files.

But the thing is, Illustrator has a ton of very useful features that can make a designer’s job WAY easier. And with CS6, Illustrator has made a ton of improvements to the UI and the UX. They’re putting user experience at the forefront of development going forward, and hope to make Illustrator as user-friendly and non-intimidating as possible in subsequent releases. They’ve already come a long way.

Illustrator makes it very easy to create new repeating patterns—way easier than Photoshop. The pattern tool shows you exactly the pattern you’re creating in real-time (with repeats), which means you don’t have to waste time copying and pasting and rearranging your pattern to make sure it’s seamlessly tiling.

The pattern editor has some really useful features. You can dim the copies of your main image so that you can easily focus in on the part you’re editing (and then bring them to full opacity with a single click to get a more accurate preview).

You can even adjust the spacing between the elements in your pattern with just a few clicks, and vary it along different sides of the image (based on the repeat format). 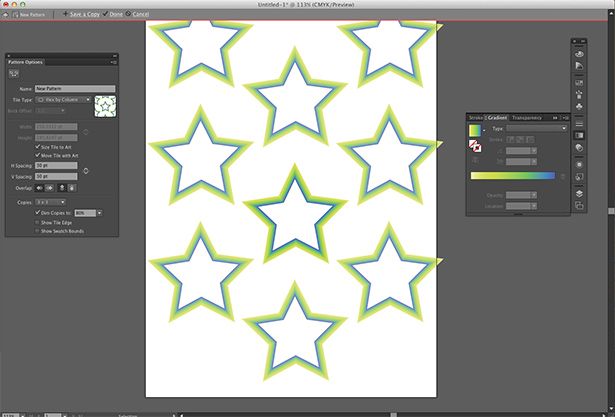 Previously, you might have spent hours tracing that logo, depending on how complex it was, hours that your client refuses to pay you for.

Now you don’t need to do that. Just use the new Image Trace feature (probably my favorite new Illustrator feature).

With Image Trace, you just open the raster image and then choose among a variety of methods for vectorizing the image until you get what you need. And if Illustrator can’t get it 100% automatically, you can manually make adjustments. It’ll still save you a ton of time.

Granted, Image Trace doesn’t work perfectly for some images. But for others, it’s spot-on and generates a pixel-perfect vector copy. It’s a good idea to start with Image Trace, though, and see if it can at least get you most of the way there.

Image Trace can be used on photos, too. It’s a great way to get a jump start on that next vector art project you want to take on. 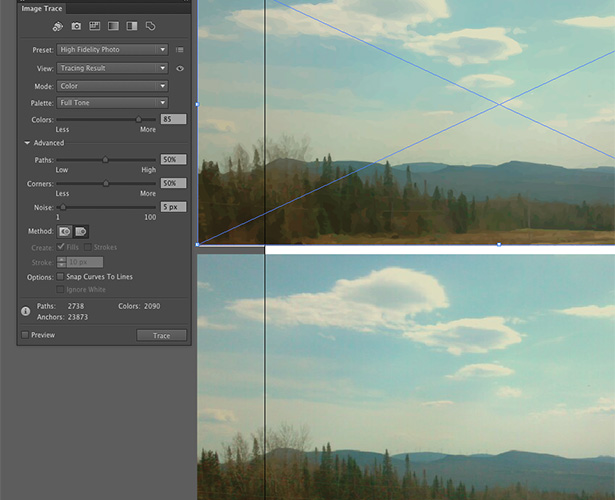 Strokes are a huge part of creating original vector graphics. Now Illustrator gives you more control on what you can do with those strokes.

Sure, you’ve long been able to apply a gradient to a stroke in programs like Photoshop. But it worked the same as applying it to any raster shape—the gradient simply went across the image (or followed some other standard gradient pattern, like a radial). And it wasn’t available at all in Illustrator.

Now, you can apply the gradient to the stroke and have it actually follow the stroke. This allows for some incredibly cool effects, ones that previously would have required a lot of manual manipulation (likely outside of Illustrator).

You can get full instructions on how to apply a gradient to a stroke in this video from Adobe. 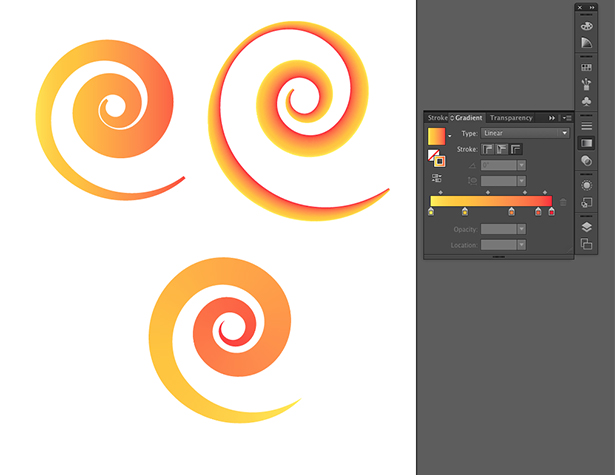 You can now create your own custom profiles with variable width strokes. There are also variable-width presets available, so you don’t have to start from scratch.

These variable width strokes can be used for any number of designs, and being able to save the profiles for future use makes a lot of sense for some designs (particularly things like website designs, where you might be repeating a graphical element in different areas throughout the site).

New features aren’t the only things Illustrator CS6 has going for it (you can see a full list of all the new features useful to web designers here. Improvements to the user interface are also prevalent, and will continue to be added in subsequent releases.

User friendliness (especially for beginning users) has long been an issue with Illustrator, but that’s changing.

Many Creative Suite programs have supported various workspaces in previous releases. Now Illustrator does, too. That means you can set up workspaces that have only the tools and controls you actually use, without all the other tools that only confuse or distract you.

But that’s not the only enhancement to the workflow and user experience.

Being able to dock tools that were previously hidden in sub-menus and tear them off from their parent controls can create some serious time savings. Especially for those users who don’t use keyboard shortcuts (or tend to forget them).

A number of the control panels in Illustrator have gotten improvements in CS6. That includes the color panel (which now lets you more easily share hex values between programs and sample colors faster and more accurately), an improved Character panel for controlling typography, and enhancements to the transform panel.

These are all minor improvements, but ones that have the potential to save you tons of time in actual use.

Four ways you can use Illustrator right now

So now that you’ve seen some of the new features in Illustrator, you might be a bit more eager to start using it. But incorporating a new program into your workflow can be a hassle. Where do you start? Here are five ways you might want to start using Illustrator (some of which were already mentioned above):

Of course, these are just some basic things you can do with Illustrator. There are nearly limitless possibilities for how you can use it in your work and other creative pursuits.

Stop being afraid of Illustrator

Repeat after me: Illustrator is just a tool. The purpose of a tool is to help you do your job better and easier. That means you use it the way that fits in your workflow.

One thing that was said multiple times during the Reviewer’s Workshop was that Illustrator is meant to be used exactly how you want to use it. And if you’re not familiar with every aspect of the program and every nuance of how it works, that doesn’t mean you shouldn’t be using the program.

Whether you use Illustrator for nothing more than some wireframes or a bit of typography or you’re creating vector artwork with tens of thousands of anchors and lines and strokes, Illustrator is suitable. Don’t let the fact that you’re not creating complex designs deter you from using Illustrator for your own purposes. And at the same time, don’t be afraid to play around in Illustrator to better familiarize yourself with it. 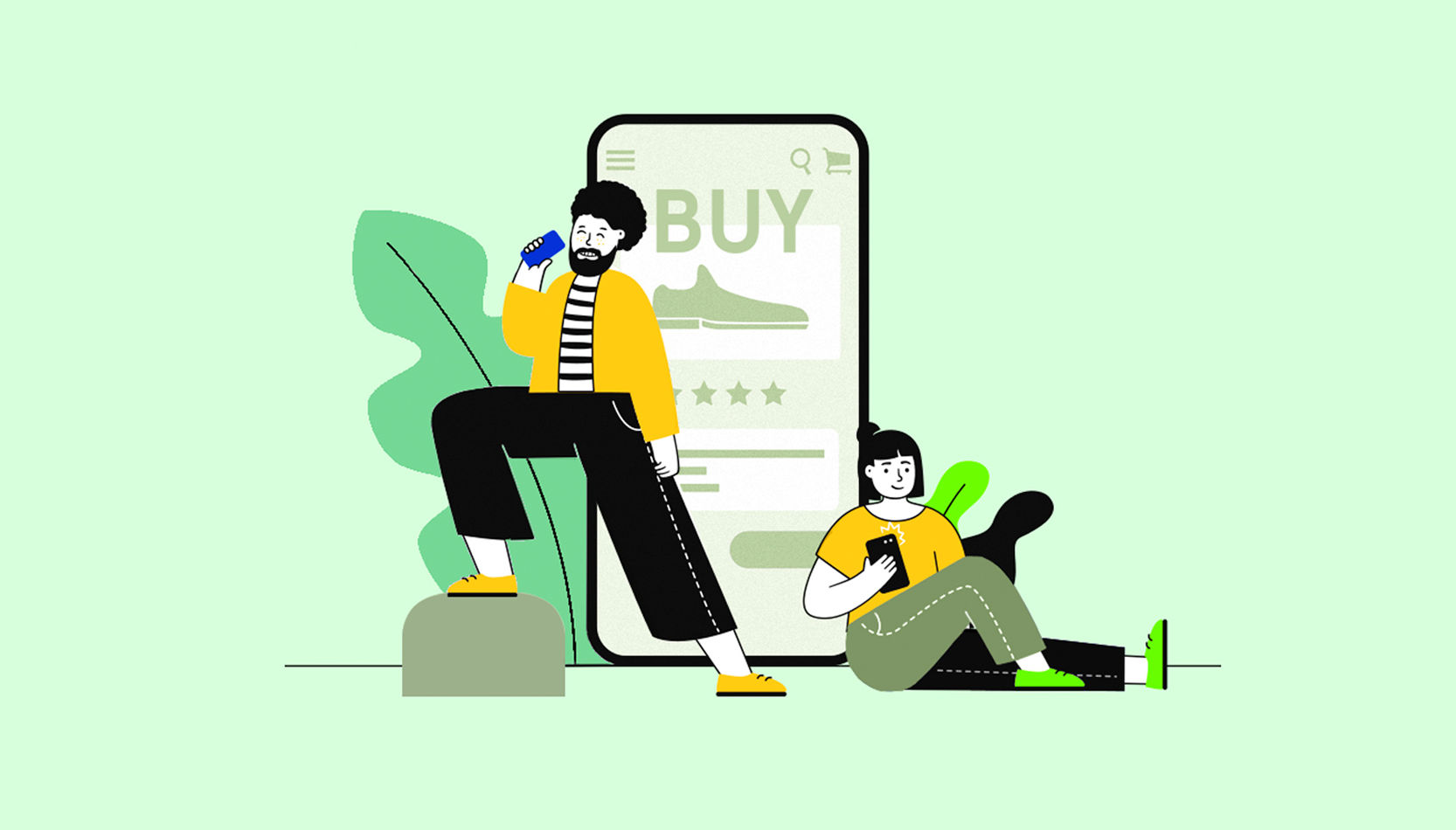 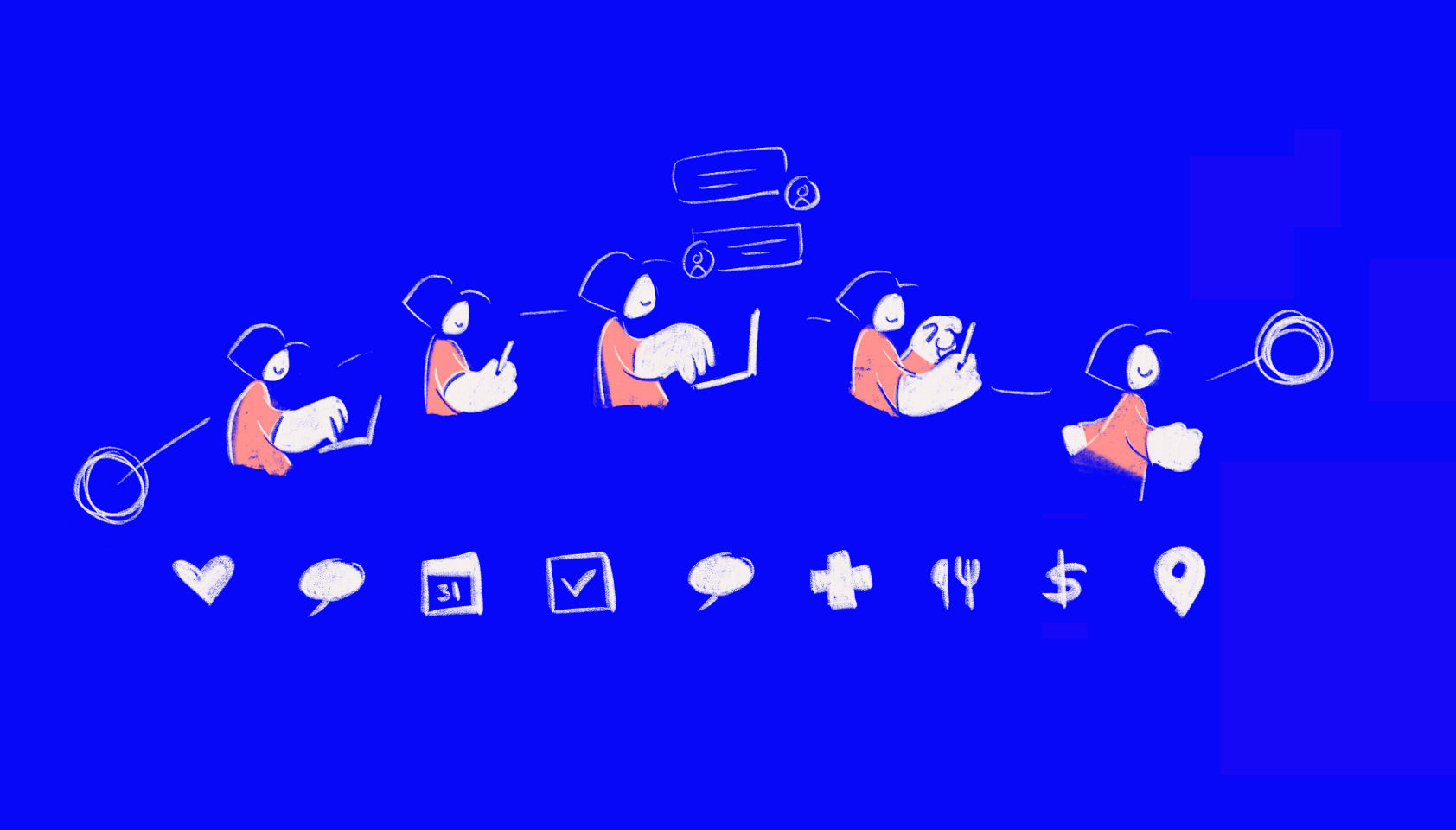