Designers and developers form two parts of the design trinity: the client completes it. You can have the technology to build something and the design to make it magnificent, but if someone doesn’t fund the project, it usually falls flat.

No one has the time to do such a thing for fun. Designers and developers need clients to build their portfolio, sustain their lifestyle and grow and learn.

Today’s article focuses on seven types of clients who aren’t so perfect. You can decide for yourself which of them are the lesser evils.

“I want this done as well and as cheaply as possible.”

“This should be easy to do right.”

“I know of others who would do it for free, so please hurry up.”

“I need a professional-looking and functional website, but I can only pay you when I start earning from it.”

Spotting the 7 Types of Clients

You have probably encountered all kinds of clients in your time. You may have worked with clients from hell, and you may have been lucky to work with amiable and respectful clients.

We need clients to sustain our business and to build our portfolio and reputation. Sometimes we have the luxury of choosing which projects to take on and which clients to work with.

So, who are these seven? 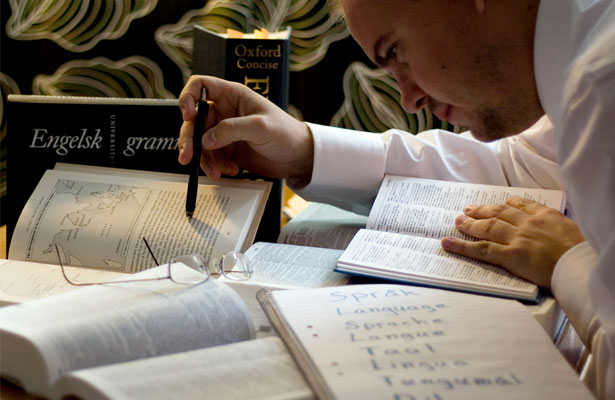 “Promises are made to be broken,” says the word-breaker. Word-breaking clients remind us just how important it is to write a contract prior to commencing a project. Sometimes, though, even legal contracts do not prevent these clients from breaking their word. The word-breaker is dishonorable and can side-step the agreements in a contract. He expects you to honor your end but has no intention of fulfilling his own commitments.

The word-breaker is glib and charming, and he manipulates people into doing his bidding. He is always right in his own eyes and works hard to keep the upper hand. Be careful when dealing with the word-breaker because when something goes wrong, you will be the target in his firing range, and he will not hesitate to shoot you dead.

Client: “I’m the client! You can’t make me agree to your schedule!”

Freelancer: “But it’s in the contract you signed.”

Client: “That was a month ago—this is now!”

Freelancer: “You’ve changed your mind? Well, I could walk you through the creation process and explain why the schedule and the fee are as they are.” 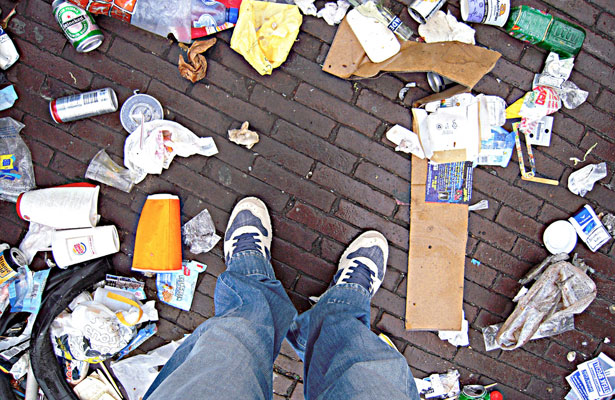 Less is not more—at least, not in the world of the garbage collector. As freelancers, we always hope that our clients have an idea of what they want, but the garbage collector goes to the extreme; prior to approaching you with his project, he has done plenty of research and assembled all of the designs that he likes.

This kind of person goes to a buffet and puts a little of everything on his plate. The garbage collector gathers all of the effects, functions and designs that have caught his eye and will insist that you include them in his project. The concept of usability is lost on him, even though you repeatedly try to explain it. It’s his way or the highway.

This type of client wants a construction worker, not a designer. “Do or do not; there is no try,” insists the garbage collector.

Client: “I hear a lot of new web technology has come out since we last spoke. Can you put all of it in our website?”

Freelancer: “Err, you’re won’t need all of it, and more features will cost you more.”

Client: “Then add $10 to the total cost. I’ll also need you to help me fill in the content, write a couple of articles and set up a marketing campaign for this.” 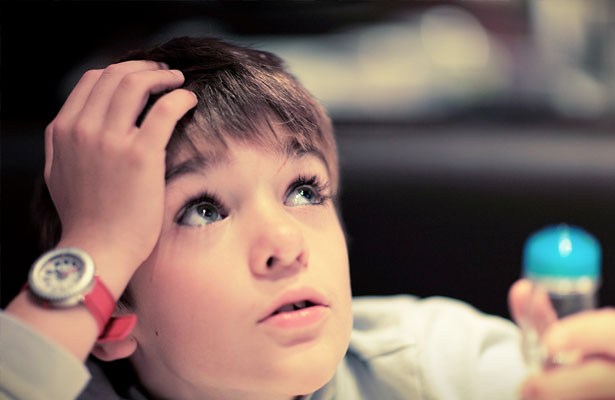 On the opposite end of the spectrum is the clueless child. Like a child with a short attention span, he is indecisive and ignorant. Working with the clueless child might not seem so bad at the beginning; he is agreeable and relies on your expertise. Problems arise after your initial agreement on the details of the project—when he starts to change his mind.

His interest was piqued by the details of the project, and now the clueless child is not so ignorant. Perhaps he has been hit by a sudden epiphany or has received feedback from friends, co-workers or other experts. He calls you in the middle of the night—whenever inspiration strikes—to tell you that he wants certain changes made.

It doesn’t end there. You make the changes he wants, and when he comes to view the project he brings his mother along. She then suggests more changes. After all, “Mom knows best.”

Client: “We want something that looks professional.”

Client (three hours later, after you have sent proofs): “Get rid of that image and add this instead.”

Freelancer: “What Pantone color are we trying to match?”

Client: “Oh, you know—the color of the Miami sky at daybreak.”

4. The Queen of Hearts 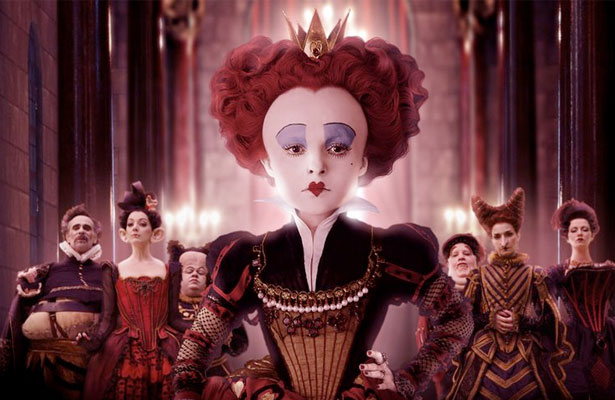 Be prepared to be at the beck and call of the queen of hearts. A royal decree must always be obeyed, and the queen is of the opinion that you are blessed to be showered by her favor. She has no concept of weekends, public holidays or time itself. A summons in the middle of the night is a common occurrence.

Your loyalty is expected, your respect demanded. The queen of hearts wants you to fix all her problems, and she wants it done yesterday. She wants you to be a designer, developer, technician, networker, anti-virus expert, plumber and even nanny. Her wish is your command. And don’t expect to be paid extra—for she is your queen; obedience is your privilege.

Just learn to say, “Yes, your majesty.” And learn it fast or it’s “Off with his head!”

Client (calling at five minutes to midnight): “It’s not too late, is it? I Googled my name, and there is some nasty stuff about me on the Internet. This guy saying on his blog that I am an idiot. I want you to remove that blog and block the Internet if they keep writing crap about me.”

Freelancer: “I can’t do that.”

Client: “Well, get someone else to do it then. I want all nasty stuff about me removed from the Internet today. And make sure no one can write bad things about me again. I want you to control the Internet.”

Freelancer: “I can’t control it, and neither can you.”

Client: “Well, if you won’t do it, then I’ll find someone who will.”

Freelancer: “Good luck. Let me know how that goes.” 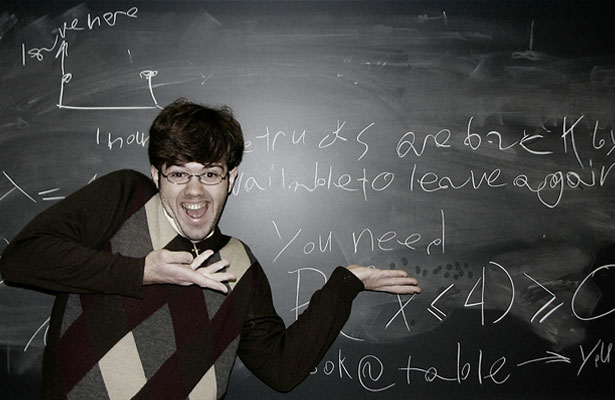 The smart aleck thinks he knows it all. This client probably has an interest in design and has read a couple of books about it. He sticks his nose in the air and looks down at you from his pedestal. The smart aleck feels compelled to interfere because he wants his “expert views” to be taken into consideration.

The truth is: the smart aleck knows very little about design. He is arrogant, shows blatant disrespect and doesn’t think it beneath him to order you around and insist that his ideas are better than yours. He tells you everything without really saying anything. He has particular ideas about what he wants but never communicates them explicitly. “It’s so easy even a monkey could do it,” he claims.

Client: “I’ve studied design, so basically I know what I want.”

Freelancer: “Sure. What do you want exactly?”

Client: “You’re the designer. You come up with the idea—but it better match mine.” 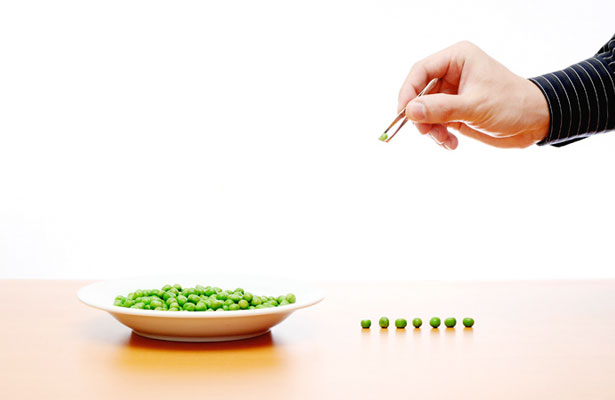 The nitpicker might seem a tad meticulous during the negotiation phase, but he appears normal on the whole. When you start production and show him your progress, though, you’ll see this client’s true colors.

“Hold it right there! I’ve got a bone to pick with you,” says the nitpicker. There is always something wrong with what you’ve done: the color is not what he envisioned, the border is a few pixels too wide, the images are not as exciting as he expected.

The nitpicker scrutinizes your work and never fails to find fault with it. His grip on the project is tighter than a noose. One could call him a perfectionist, but the truth is he’s just trying to get his money’s worth by ensuring that you work doubly hard for the money that you will wrench from his cold unwilling hands.

Client: “The site looks great, but I need you to do it again.”

Client: “You know! You made the website on a Mac, so you need to make another one on a PC for people who don’t use fancy computers like you.” 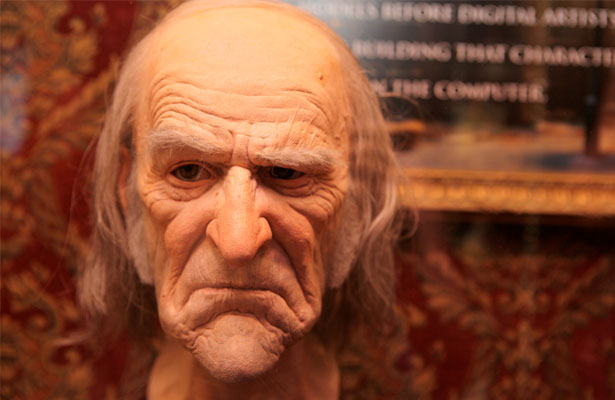 The scrooge wants everything for nothing. Discounts, freebies and sales make him happy. Even if he doesn’t need it, he wants to get his hands on a free item “just in case.” Like his namesake, this client is a money-pincher who gives you all kinds of trouble on payday.

Even prior to payday, expect plenty of issues with payment. And expect to battle for months with the scrooge over final payment for the project—you can certainly expect him to want the agreed-upon amount to be heavily discounted. The scrooge is the ideal person to bring to a bargaining market, but pray he is on your side and not the other.

When the project is completed and it’s time for the scrooge to cough up, you’re in for a surprise. He is not afraid to renege on your fees, and he insists on further discounts, despite your unwillingness. In his attempt to save money and reduce costs, he suggests a barter system or offers a monetary equivalent from his belongings. Expect the unexpected. Once you’ve been paid and are nearly out of earshot, the scrooge inevitably murmurs, “Bah, humbug!”

The war isn’t over either. Your dealings with the scrooge could be lifelong. He expects you to fix everything that crops up with his website, so don’t be surprised if the scope of your job expands over time.

Client: “No, I gave myself a discount.”

Freelancer: “I never agreed to a discount.”

Client: “Well, we won’t be using the design anyway.”

Are all clients mean and pushy? Have you encountered clients who break the above stereotypes and are real gems? If you have, then you’re a lucky one.

Every client has a different level of knowledge of design and development. They also have different expectations. Not every client will appreciate your attempts to educate them on web design. Some will take the designer or developer for granted and try to bully them.

Still, blaming the clients entirely is not fair. They have been coddled and spoiled by designers and developers who condoned their methods and encouraged their outrageous behavior. If we want our industry to be fair and just, everyone has to do their part to prevent bullying. We are all responsible for the atmosphere of the industry.

Note: some quotations were extracted from the website Clients From Hell. Thumbnail image courtesy of Sébastien Roignant

Of the clients mentioned above, which do you detest the most? If you have a horror story of your own, feel free to vent in the comments section below. We are happy to hear about your client woes.