Are Too Many WP Theme Sites Hurting the Industry?

Run a search for some common terms associated with premium WordPress themes and you’ll likely find between a few hundred thousand and a few million results.

It’s easy to see that there are thousands of sites out there selling or giving away WP themes, even if we factor in that a large percentage of those search results are likely irrelevant or duplicates.

What’s the effect of all these WP theme sites? What are they doing to the marketplace for both designers and theme buyers? Are all those sites really useful, or are they doing more harm than good?

The Problems With So Many Theme Marketplaces 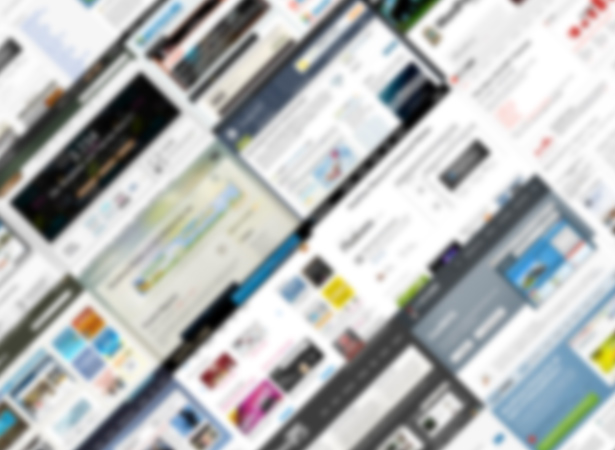 The wide variety of theme marketplaces out there are causing some serious damage to the theme industry. WordPress themes (and to a lesser extent, themes for other platforms) can be lucrative for designers, whether it’s the primary focus of their business or just a sideline income source. So the state of the market is something that’s a concern for a lot of designers out there. Let’s look at some of the problems the current marketplace setup is causing:

There Are a Lot More Low-Quality Than High-Quality Marketplaces

Unfortunately, there are a ton of sites out there that sell or give away really low-quality WordPress themes. Sometimes the themes are simply outdated, while other times they’re badly coded or badly designed.

There are a few marketplaces out there that offer really high-quality themes and have high standards for what they will accept. But these seem to be the exception rather than the rule. And while we, as designers, can recognize the difference, your average theme consumer may have no idea.

There Are Too Many Pirate Sites Masquerading as Legitimate

This can be an even bigger problem than the low-quality marketplaces out there. There are plenty of theme sites that give away or sell themes that they have no legal right to distribute.

While pirating can sometimes work in the designer’s favor (through better exposure and possible paying work), it can also damage a designer’s career. If all of your paid themes are out there for free, how many people are going to purchase them? How many people are even going to realize they’re pirated or go looking for the official distribution points?

Piracy across different creative mediums is not equal. While most people realize when they download a song or a movie or even a book that they’re likely doing something that isn’t entirely legal, the same can’t always be said for someone downloading a theme from a site they assume is legitimate. There are thousands of free themes out there, so a lot of end-users never think twice about whether the free theme they’re downloading is actually supposed to be free.

The other thing some of these pirate sites are doing is removing all credit to the original designer. So while it can be argued that pirating a book or a song or a movie brings that artist more publicity and can result in higher sales in the end, if the credit has been removed from a theme entirely, the designer will almost certainly never see any benefit from the piracy, and will only be harmed by it.

To some extent, every premium (or free) themes site you browse has many of the same themes. Sometimes upwards of 90% of the themes you see on one site you’ve seen on other theme sites.

Because of this, there’s little difference to the end user regarding where they purchase their themes. They don’t care, because every site offers largely the same thing. The only difference is in price or ease of use.

The problem here is that not all theme sites are created equal. Some sites give better royalties to designers than others. Some sites have better support than others, for both the end user and the designer. Some sites treat themes like commodities and only care about the bottom line.

Because of the huge number of theme sites out there with no quality control, themes sometimes get a bad name. It’s unfortunate, because there are some fantastic themes available out there, and with a bit of customization, a theme can often be just as good as a completely custom website, depending on the needs of the user.

Theme sites that don’t bother checking themes for functionality or ease-of-use give everyone a bad name. When a customer downloads a theme that doesn’t work properly, they start to think that all themes are more trouble than they’re worth.

That hurts the entire theming industry. Potential theme buyers then sometimes hear such horror stories about premade themes that they’re afraid to purchase one.

It’s Getting Harder to Break in Without a Marketplace

With hundreds or thousands of theme marketplaces out there, it’s becoming harder and harder to break into theming unless you go through one of the popular marketplaces.

While this isn’t necessarily a bad thing (theme marketplaces generally get much more traffic than individual theme sellers’ websites), it does limit the options of designers.

Designers have a much harder time selling themes strictly through their own websites because of the competition in search engines and elsewhere. If you don’t have connections in the industry or a hefty marketing budget (or a lot of time on your hands for promotion), you’re pretty much forced to go through a marketplace if you want to make any money with themes.

So Is There Anything Right About the Current Markets?

All of this might leave you feeling like the entire theming market is beyond saving. But it’s really not. There are a few things the current marketplace is getting right, and there are plenty more places where it could improve.

The Bar is Constantly Being Raised

Look around the high-quality theme marketplaces out there at some of the amazing themes designers are releasing. There are themes with features that would have only been seen on custom designs costing thousands of dollars a few years ago. Now they’re accessible to virtually anyone, usually for less than the cost of a decent meal out.

Designers are releasing better and better themes all the time. This raises the profile of theming in general, and helps to counteract the negative image of all the bad themes out there.

Some Markets Are Outstanding

There are some outstanding markets out there for selling themes. These are markets that hold their designers to high standards, carefully screen the themes they accept for sale, and make sure there’s some kind of quality guarantee to reassure customers.

A Plethora of Creative and Business Opportunities

Theme sales are also a great creative outlet for designers, who often see theming as the only avenue to design what they want to design, rather than what a client wants.

The best theme marketplaces out there encourage creativity on the part of their designers and want designers to come up with new and innovative themes.

How Do We Fix It?

So now that we know what’s wrong and what’s right with the current theming market, what can we do to fix it? To make it the best it can be?

Theme marketplaces should encourage more exclusivity from their designers. This improves competition, as every site isn’t selling exactly the same themes as every other site. It also helps keep those buying themes from feeling like the theme market is stagnant and nothing new is ever released (which can happen if they keep seeing the same designs wherever they turn).

As designers, we need to band together and start reporting sites that pirate themes. If you see the designs of another designer on a site where you don’t think they belong, let the other designer know. If you see your own designs being pirated, report the site to their ISP.

Let’s face it: there are plenty of free legal themes out there for those who don’t want to spend money on a premium theme, and premium themes themselves generally aren’t very expensive. There’s no excuse for using a pirated theme other than ignorance.

Marketplace Managers Should Serve as Curators

If you run a theme marketplace, you should look at yourself as a curator of good themes. In addition to the technical aspects of any theme, make sure you also review the usefulness, aesthetics, and innovation of every theme that is submitted to you.

You serve as the arbiter of what theme shoppers see, and can improve or detract from the perception people have of themes.

Don’t be afraid to reject a theme based on whatever criteria you choose. If possible, send the designer a bit of feedback on why the theme was rejected, so they might be able to make improvements of avoid the same mistakes in their next theme attempt.

What’s your thought on the number of WP theme sites out there? Share in the comments! 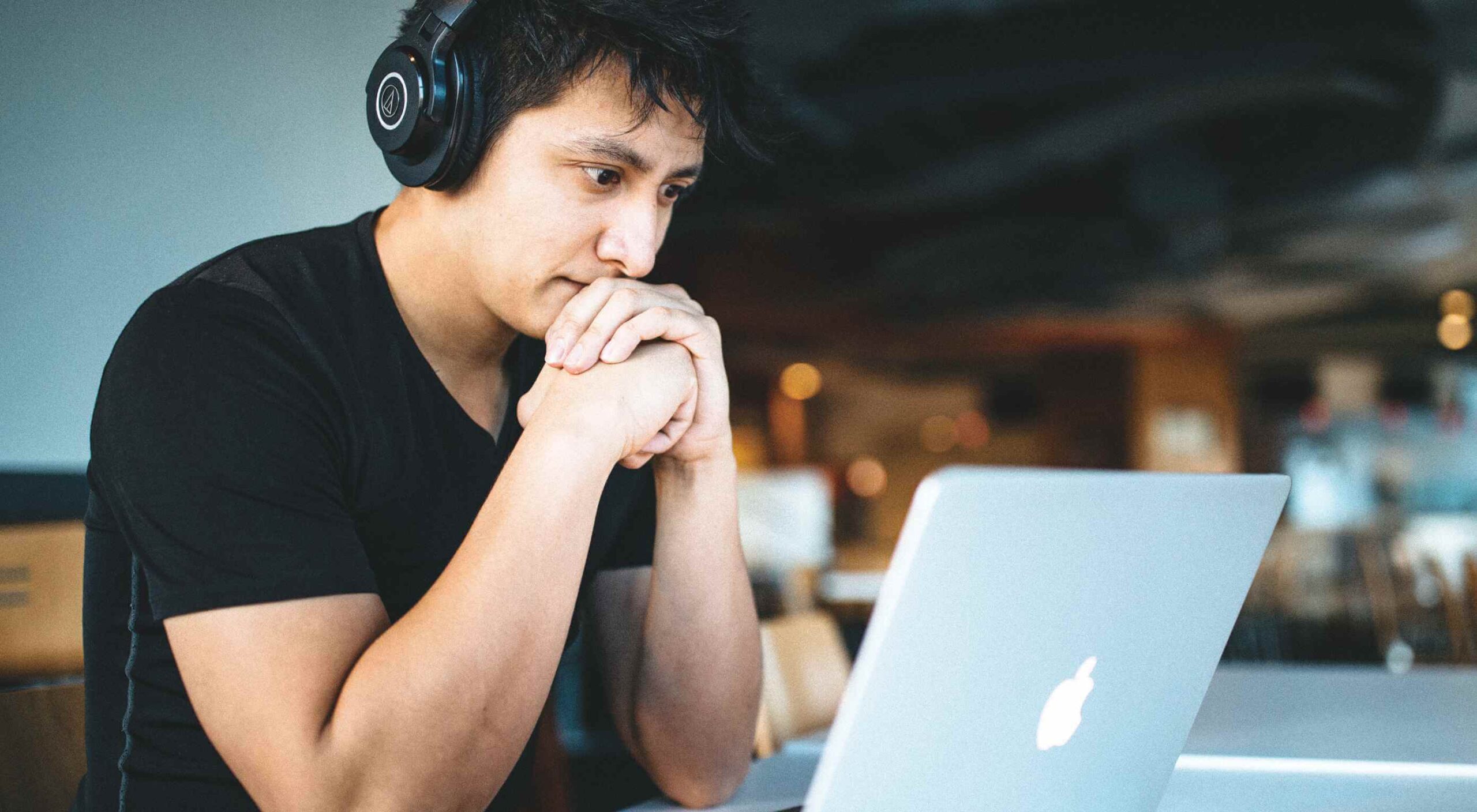