WordPress has a perfectly adequate commenting system built-in. But it can quickly grow unwieldy and commenting can take up a lot of system resources if you run a high-volume site.

That’s why alternative commenting systems such as Disqus (recently integrated on WDD) and Intense Debate have been developed.

They handle your comments for you, making it easier to moderate and manage comments, and to view analytics related to blog comments.

We’ve also covered a few interesting alternative commenting systems and methods that you might want to look into. 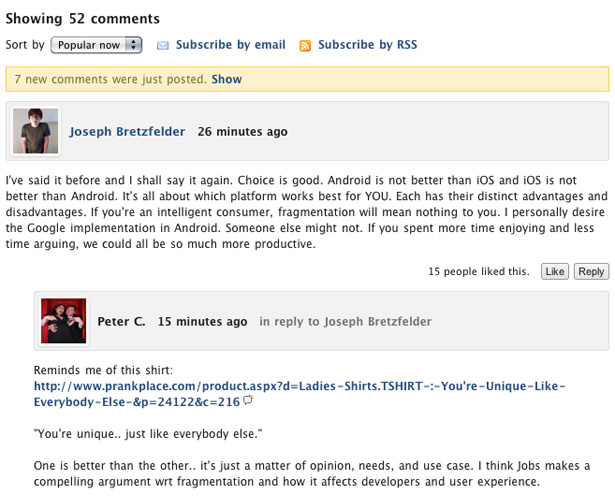 Disqus is one of the most popular commenting systems out there, with more than 200 million users. It’s used by sites like CNN, TechCrunch, Engadget, and IGN, among others. It can be integrated with WordPress, Tumblr, Blogger, Drupal and other CMSs.

The Disqus Core Platform is free (and will remain so). If you need additional features, like analytics, realtime updating, moderation reports, the advanced theme editor, partner API access, or dedicated servers for high-volume sites, Plus, Professional, and VIP plans are available (for $19/month, $199/month, or starting at $999/month, respectively). 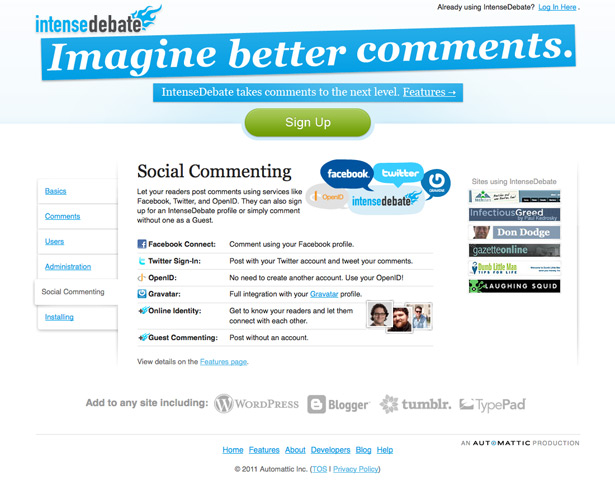 Intense Debate, developed by Automattic, is used by sites like Dumb Little Man and Laughing Squid, and can be integrated with WordPress, Blogger, Tumblr, TypePad, or any other site or CMS. Because it’s built by Automattic, you can sign up with your existing WordPress.com account. 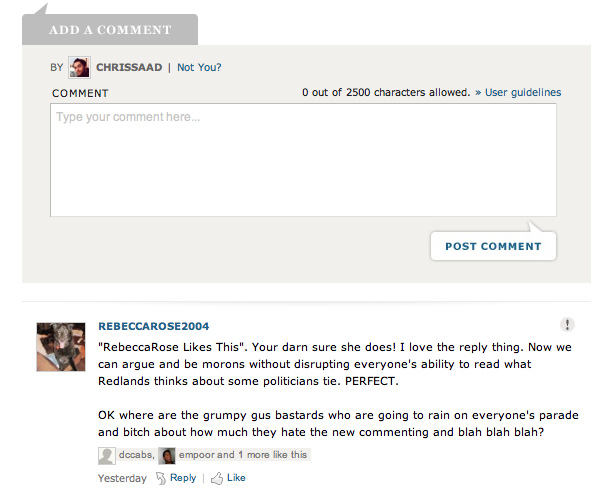 Echo is an enterprise-level Javascript commenting system. It’s used by sites like NyMag.com and the Washington Post. It can be integrated into any site that supports Javascript (including WordPress, Tumblr, and other CMSs and blogging platforms). Case studies can be viewed on their website. No information on pricing is available on their site.

coComment is a cross between a social network and a commenting system. Integrating coComment is simple, and there are a couple of options available (one self-hosted, and one integrated with the “CoCo Bar”). 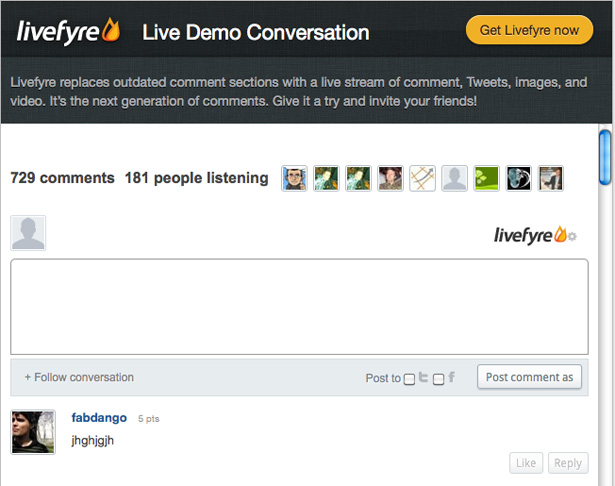 LiveFyre is a real-time commenting system built around the “social web”. Your readers can access their entire social network right from your site, and take advantage of social networking features from within your content. It’s used by NewsGrange, FYI Living, The Sociable, Spin Sucks, and thousands of other sites.

In March, Facebook launched a new commenting system that can be integrated into any site. Users on your site can post comments using their Facebook identity, meaning the vast majority of people would be commenting under their real identity. There are a number of pros and cons to this system. (TechCrunch also has a good overview of the pros and cons.)

There are some great tutorials and plugins for getting Facebook comments up and running on your blog. Here are a couple:

Facebook Comments for WordPress – Also works with Yahoo! accounts. Comment box can be styled to match your site’s theme. Upcoming features will include a backup method.

CommentLuv is a simple WordPress or Blogger plugin that rewards your commenters by adding a titled link to their most recent blog post or tweet at the end of their comment (based on their site URL). Commenters can also sign up for CommentLuv and include even more links in their profiles.

Digress.it is a WP plugin that let’s users leave paragraph-level comment threads in the margins of a page. It makes it easier to comment on specifics within a blog post (especially a longer post).

MCEngine (“The micro-comment engine”) let’s users leave comments on paragraph and smaller blocks of content in your blog posts. It’s built on jQuery, with a comment form that slides in and out of view. It’s perfect for leaving corrections or clarifications on blog posts, or for annotating longer documents.

What’s your favorite WordPress commenting system or plugin? Let us know in the comments!