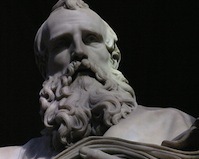 “If youth only knew: If age only could.” – Henri Estienne

I reconnected with a former art school teacher the other day. I’ve tried to keep in touch with all of my old teachers, at least the ones still living.

They were my mentors, and they cared about teaching students to enter the field as professionals and to succeed.

He was at the top of the field then, an art director for a hugely famous magazine, and I took his class so that I could get closer to him as a connection and possible employer.

He was creative, kind and caring. At the end of the semester, he signed a magazine for me, “It’s been a real pleasure having you in my class and watching you totally miss the message.”

I laughed at the time and thought it was a joke. But he was serious and he was right. When I connected with him recently, I reminded him of what he wrote and thanked him for trying to give me a swift kick to wake me up.

“It didn’t sink in for many years,” I wrote, “but when it did, I realized the lesson you were trying to teach me, and it’s one of the reasons I have had a successful career.”

This was a repeat of a similar incident I had with another teacher a few years back. As with the first teacher, this person who tried to mentor me into adulthood and professionalism was humble about my apology and confession and said that it meant a lot to him that he was able to get through to me… albeit many years later!

It was Mark Twain who said, “When I was 18, I thought my father was the stupidest man in the world. When I turned 21, I was amazed to see how much the man had learned in 3 years.”

There is no sadder sight than a young pessimist.
– Mark Twain

An editor once wrote of me, “Extreme, aggressive and opinionated.” And he was being complimentary! An interviewer wrote of me, “He lives on the edge of madness and seems perfectly comfortable there.”

I admit to these being true, but I also admit that I was a hundred times worse in my younger days. Yes, I said worse, if you can imagine an out-of-control maniac running amok in the ad agencies and magazine publishers of New York City. I gave the term “Mad Men” a whole different meaning. My “fight first and ask questions later” attitude got me into a lot of trouble. I deeply regret those days and feel distressed by my actions. Some put up with it, some ran from it and some encouraged it. The people who encouraged it used my anger at the world and know-it-all attitude for their own purposes. I was young, foolish and blinded by the apparent admiration for my special talent for pissing people off.

As a young professional, I joined the Graphic Artists Guild and was soon on the board of directors, mostly as a result of being the Forrest Gump of the design field (being in the wrong place at the right time). People got to know my temperament and would call to ask me to “back them up on a vote” or something of the sort. They called me “The Hitman.” There were other names, but they can’t be printed here.

As years went by, I realized that I was hurting the people who could help me and was being used by those who didn’t deserve the time or attention I gave them. I excuse myself only due to my age and inexperience then.

To their credit, once again, there were those, like my teachers, many of whom did hire me after graduation, who forgave my “passion,” as one of them so kindly put it. They were older and mature, and they were mentors. I’ve learned over the years to be more like them. I hope one day to be just like them.

I’m not young enough to know everything!
– Oscar Wilde

A while back, a young lady, just out of college, was commenting on a LinkedIn group to which we both belonged. It wasn’t so much her opinion on the subject being discussed that bothered me, but rather her assertion that everyone else was wrong and that she had the key of knowledge. I should have let it go, but I didn’t. In my mind, I was being logical with her and was reminding her that she was just out of college and wasn’t familiar enough with the subject. She heard me calling her a moron and saying that she didn’t matter. I realized later that she was no different than I was at her age.

Naturally, she got upset. She wrote on her blog about what an idiot I was and complained to the group moderator, and I was deleted from the group. Frankly, I deserved it. I should have ignored her, as everyone else did. I felt I was teaching her a valuable lesson. As with me in my younger days, she didn’t want a lesson because she “was right.” I shuddered at the realization of how alike we were.

In youth we learn; in age we understand.
– Marie Ebner von Eschenbach

A famous designer once chatted with me at a design event. I asked why young designers were so nasty but those who really made it were so nice. He smiled and replied, “Because there’s all the room at the top and precious little room at the bottom!”

That’s when my outlook changed. If I can somehow pay back that sage advice, it would be with the article I wrote on career development. Many designers, young and old, have told me it changed their life. That feels more rewarding than verbally crushing my enemies or innocent parties who get in the way.

I care about our young people, and I wish them great success, because they are our hope for the future, and some day, when my generation retires, they will have to pay us trillions of dollars in social security.
– Dave Barry

The industry has changed, more so in its economy. “Young and cheap” has become the way to hire. When I was young and entering the field, my peers and I were told that we couldn’t be hired because we had no experience. Of course, the catch-22 was that we couldn’t get experience because no one would hire us. That frustration caused bad blood and stress.

I meet many young creatives now who have hit a great period, when their youth has become an advantage. When I speak at art schools, I point out that they have a chance to pursue career paths much earlier than graduates from just five years ago, but the pressure has also increased, to the point where burnout is a dangerous side effect. Salaries are lower, titles are more important and the pressure to perform upon entering the field has increased — from what I hear and see, it has increased to unfair levels.

In nature, the young are mentored, taught and cared for by the parent. The child grows, matures, learns and eventually leaves the nest and becomes self-sufficient. The mentor ages and retires… or is brutally fired by the very person they trained and resigns themselves to watching Matlock reruns. It’s the cycle of life, the natural order. Back then, business was no different. One needed enough experience to join the company, ushered in as a child and nurtured into adulthood.

Nothing can be so amusingly arrogant as a young man who has just discovered an old idea and thinks it is his own.
– Sidney J. Harris

The young intern or assistant learned from their boss or mentor and grew with experience, guided by the mentors around them. The mix of youthful verve and aged experience was a successful combination, with each learning from the other, each motivating the other. It was this mix that made companies run. The balance has been disturbed, and that is one of the problems with our floundering economy. Moreover, it forces youth, who should be enjoying simpler times, making mistakes and learning easier lessons from life’s bumps and grinds, to grow old and responsible too quickly.

The dead might as well try to speak to the living as the old to the young.
– Willa Cather

Will young designers understand my points here or learn from my experience? I doubt it. Nor would I expect it! What do I know? I know years of experience filled with painful twists and turns and falling flat on my face. Like a father to his children, my hope is that my mentoring words will raise an eyebrow or spark an introspective thought on the part of young professionals. Your actions will not only affect your own career, but steer the future of the industry. Mistakes made today will have a butterfly effect on the future.

Just the other day, a young man of 39 was bemoaning that he had been laid off from his job of 17 years and that he was unable to find anything else. “I can’t believe my career is over at age 39,” he wrote.

I can understand we older designers being passed over for employment, because we represent higher salaries and health insurance costs. But when I considered that 39 is the end of the line, like a sick version of Logan’s Run, I thought of how little time there was to experience all that a working career offers. Workers are starting younger but being put out to pasture earlier. You may laugh at me as being a silly old man, but you will be here one day — apparently sooner than later. Because of this, grab all you can while you can, and that includes mentoring. Gain it, give it and hold on to it.

It is a pity that, as one gradually gains experience, one loses one’s youth.
– Vincent van Gogh

Keep in mind that Van Gogh was insane. Talented, but insane. It is possible to grow up but not old. One can listen, learn and grow. They are the ones who will continue to evolve, long past the age of 29.

When the corporate world has decided you are no longer viable as a worker, a wonderful, creative world of freelancing awaits you. That world, however, requires experience, knowledge and… maturity.

Did you have the same trouble taking advice in your youth? Please share your experiences below… 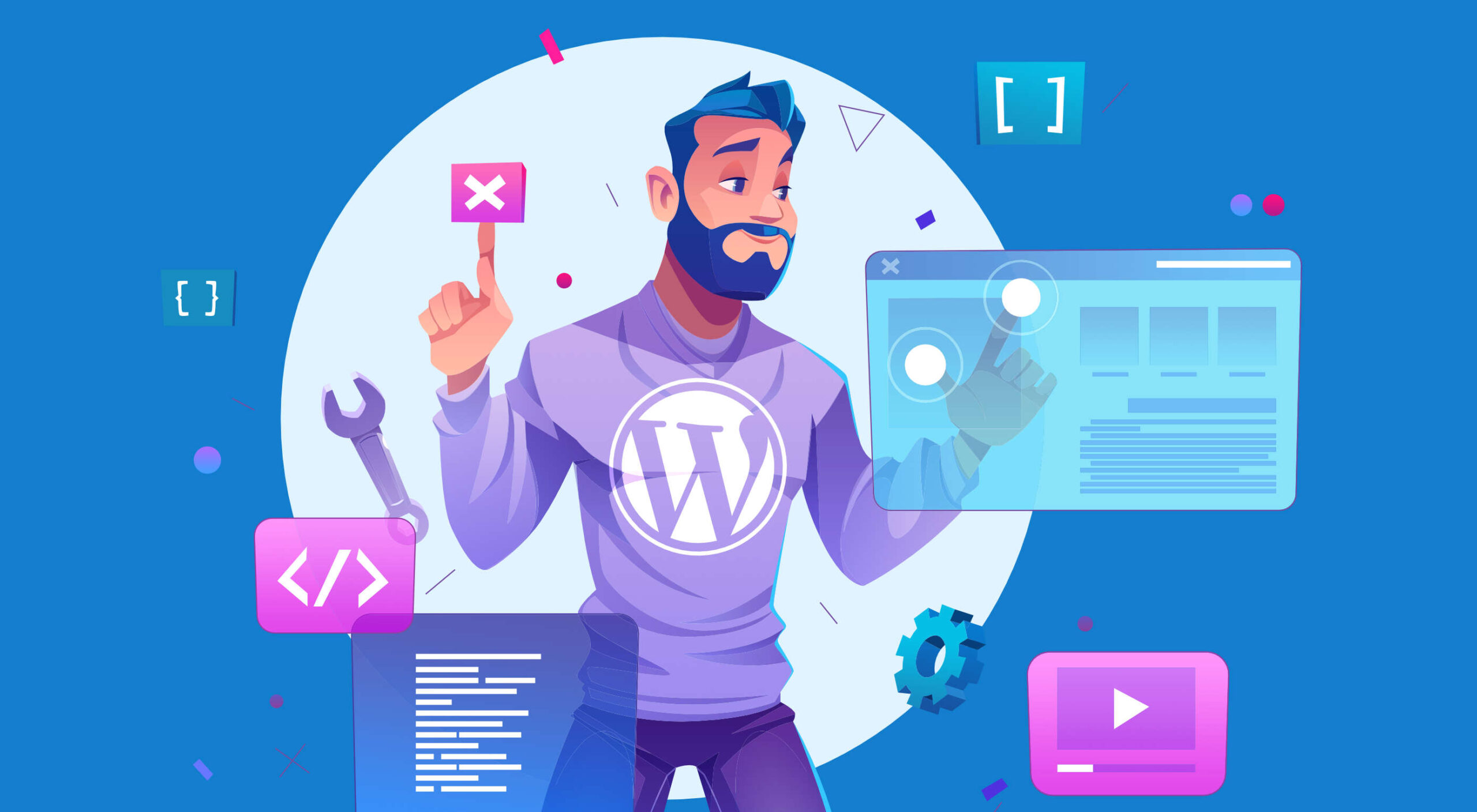