Creativity Vs. Strategy: What Do People Really Want?

It was super hard for me to find a job straight out of college—the places where I wanted to work weren’t hiring and many of the other jobs didn’t seem right for me. After months of searching and waiting by the phone, I decided to take the plunge. I had done some freelancing throughout high school and college and decided I would trek back home and freelance full time.

I had a strategy and I had it all planned out. I really did. It didn’t matter, though.

The work I was doing in an attempt to get noticed (and paid) was getting absolutely no attention. I mean, I purchased a website and got little to no views for weeks. I was trying my hardest, and I think on my best day I got maybe 150 views, and maybe 20 folks on my e-mail list.

My strategy just was not working.

The bright side, however, was that the work I was doing for fun got a lot more recognition than I thought it would and it eventually turned into some decent money. Who would’ve thought? 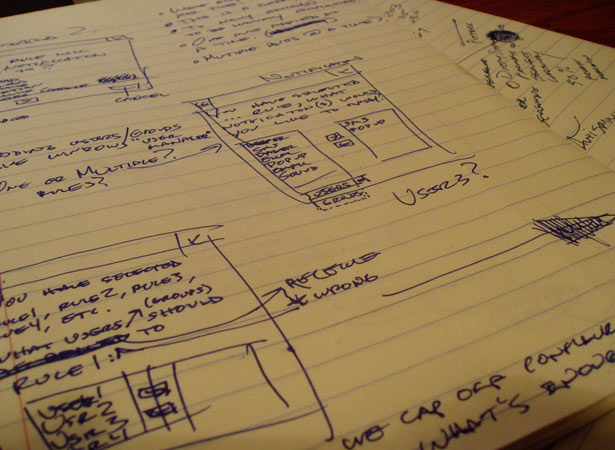 Having something organized and planned out works for some people. It’s what the experts tell us to do. I hate surprises so I liked the idea of having something to look forward to rather than feeling like I was taking a walk in the dark. Besides, it’s a lot easier to tell people you’re working on your web design business than it is to tell them you have no clue what you’re doing, but you hope it works.

Creating a strategy helps you to be prepared. You don’t want to just let yourself loose and hope something happens or catches on. Even when I was doing my primarily creative/fun stuff, I still planned it out. Think about it like this—how often can you open Photoshop (or the program of your choice) with no plan or idea of what to do and then end up creating something spectacular? I know I can’t. Web designers, print designers, architects, painters, and other creatives all have some sort of plan or some sort of sketch before they get into the development stage.

Strategy is what some people believe pays the bills. Now, I’ll say that’s up to personal interpretation, but if you have a plan and it makes sense, well then you’re far ahead of someone who has no clue what they are doing. Some folks come along and decide they want to create a blog packed with design inspiration and other creative articles or they want to create branded packages for small businesses. These are great ideas that have to have a strategy behind them…or do they? 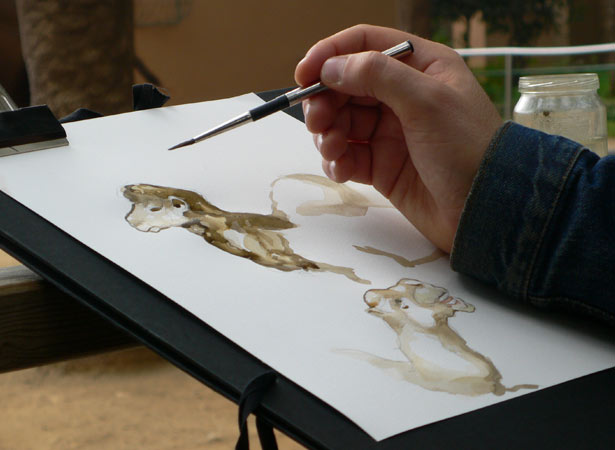 While I absolutely hate surprises, I had no idea how to create a good strategy. Mine were entirely too strict and didn’t give me a chance to totally be creative. If I look back at what I was doing, I was strategizing things down to the very bone—my goal wasn’t to get more Twitter followers, but it was to have 100 new followers a week.

My goal wasn’t to just create a website, but it was to create three types of freebies a week and get a certain amount of folks to download them. Thinking like that didn’t leave room for error, which I liked, but it also didn’t leave room for opportunity. If the results weren’t as I expected, then it was wrong.

Now if we recall, I said the things I did to have a bit of fun and be creative were getting noticed much more. I have two theories for that:

I’m not saying that it’s bad to have a strategy but I am saying it is terrible to over-think some things. It’s also hard to put a strategy behind a purely creative idea. Strategies are extremely important to products or services that come about strictly to solve a problem.

Most app and program developers have found a problem and developed some app to try and help out. For example, with these high gas prices I was wondering (and hoping) there was an app out there that could tell me how close the cheapest gas was. I had a problem and needed a solution. Now that deserves a strategy for sure—how to get it in front of people who would use it and how much they might be willing to pay for something like that.

It sounded right, but I kind of made that strategic decision without letting my creativity find its own way. Secondly, being creative is a very sensitive thing—you can’t just push it on everyone and expect them to like it. Sometimes it’s best to just put your best foot forward and see what you get and go from there.

Do you feel like this theory about creativity is true? What are your results when it comes to strategy vs. creativity?

Poll: Should You Fire Good Clients?

Poll: Is It Time to Merge Browser Engines Into a Browser Protocol?