In the U.S. election day is finally here. People across the country are heading out to vote, with many U.S. citizens resident abroad having already cast their ballots.

Polls emerging in the U.S. suggest the race is tight in key states, but are increasingly confident that President Obama will win by a narrow margin. Speculation abroad gives Obama a strong victory, with odds of around 12/10; the odds of a Romney victory slipping to just 13/2.

Democracy is a ‘use it or lose it’ entitlement, so in case you’re still deciding who to vote for or whether to vote at all, we’ve put together a comparison of the track record of both candidates on an issue that really counts — design.

The first thing you’ll notice about either campaign is the omnipresent campaign logos. On this front, there’s a landslide winner.

Romney’s logo is an unimaginative rendering of the two (or is that three?) ‘R’s in the presidential and vice-presidential candidates’ names. It is very dated and looks more like a realtor’s mark than a president’s. Apparently designed in-house, the kerning alone is amateurish enough for one to suspect Mitt let Ann loose with a trial version of PaintShop Pro. Is there an attempt to echo a double human silhouette à la Alfred Hitchcock? It’s not rendered well enough for us to judge.

Obama’s logo on the other hand is a triumphant piece of design, originally produced by Sol Sender and now refined by Josh Higgins. The friendly ‘O’ (of Obama) or ‘0’ (of 2012) frames a sunrise over the land of opportunity; blue sky hanging over a furrowed field — a healthy, natural and above all optimistic vision of America. I almost hear Copland’s Fanfare for the Common Man whenever I see it.

Romney’s mark is focused on Romney himself, Obama’s mark focuses on the future of the nation.

Merchandise is always a staple of political campaigning in the U.S., just as brands want the cool kids wearing their clothes, so do politicians. Clearly neither candidate registered with threadless but T-shirts in particular are readily available.

Where Obama’s falls down is that it sacrifices the human feel of much of the rest of the Democrat’s output elsewhere. Conversely Romney, who comes over elsewhere as being distinctly out of touch, manages to make himself appear batman-like with his 60s style type.

This race is a little tight, because clothing is so subjective, but in this case Romney edges it by a nose.

You’d have to be living in a cave to miss the rise of the mobile internet — and even then you’d probably still catch it if you were near enough the mouth to still get a 3G signal. The campaigns for Obama and Romney haven’t missed it and both sides have focused in delivering good mobile content.

You can donate to either campaign using your mobile device, but one team wins out with a carefully constructed page that relies heavily on psychology. Can you spot the winner? 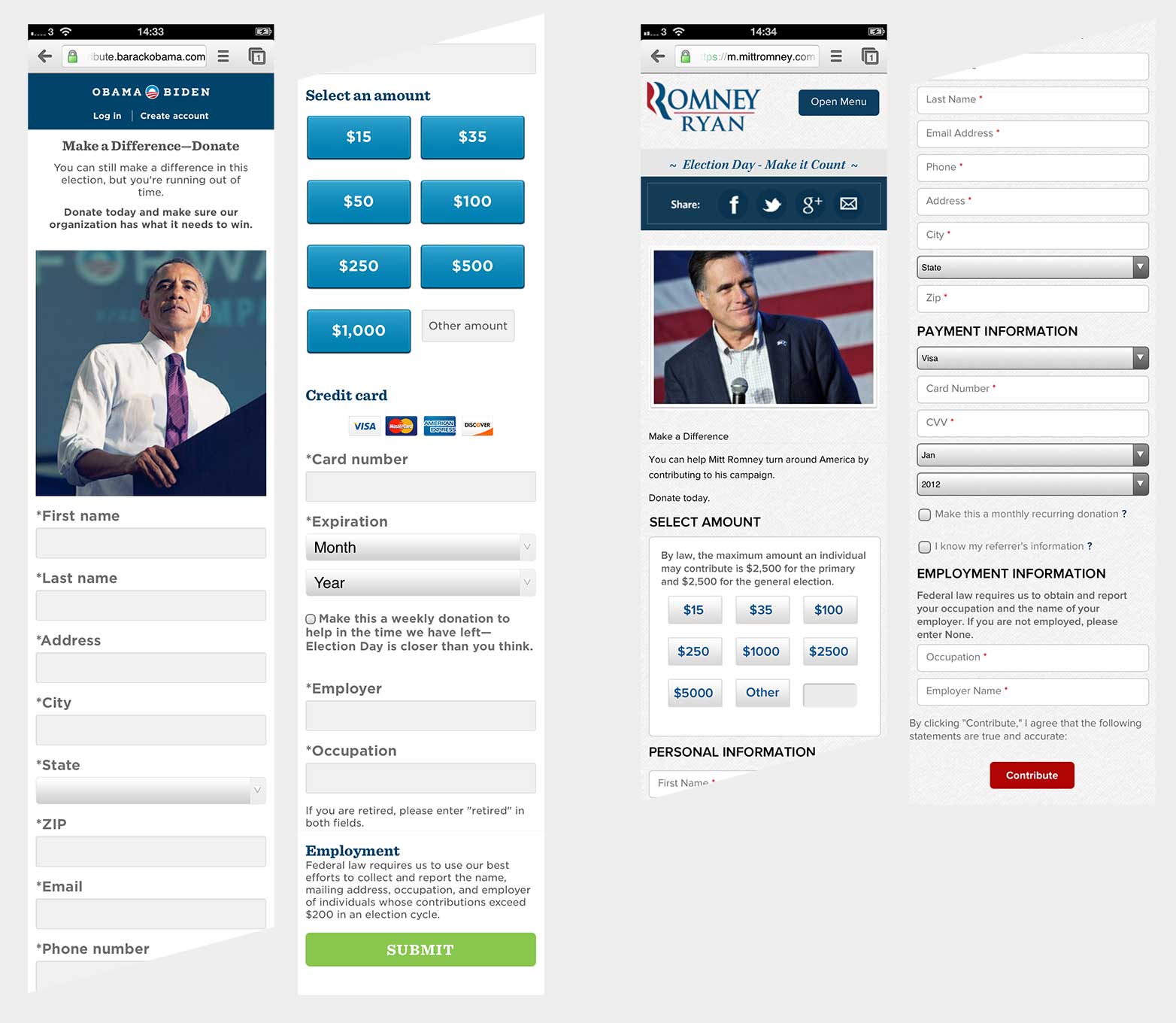 Obama’s team asks who you are first, then asks for your donation; Romney’s team does the reverse. The hidden message: Obama puts people before money, Romney places money above people.

The 2012 race to the White House has inspired political engagement across the arts. One of the most notable pieces to be seen is San Francisco-based artist Brian Singer’s cola-war piece entitled ‘Choices’. Consisting of a pair of solid chrome cans, Obama is Pepsi, Romney is Coke.

The most interesting thing about the piece is that the artist as approached it from the perspective of pop-art. Unlike most election art that is partisan, this piece seems to be suggesting that behind the branding, both candidates are much the same. 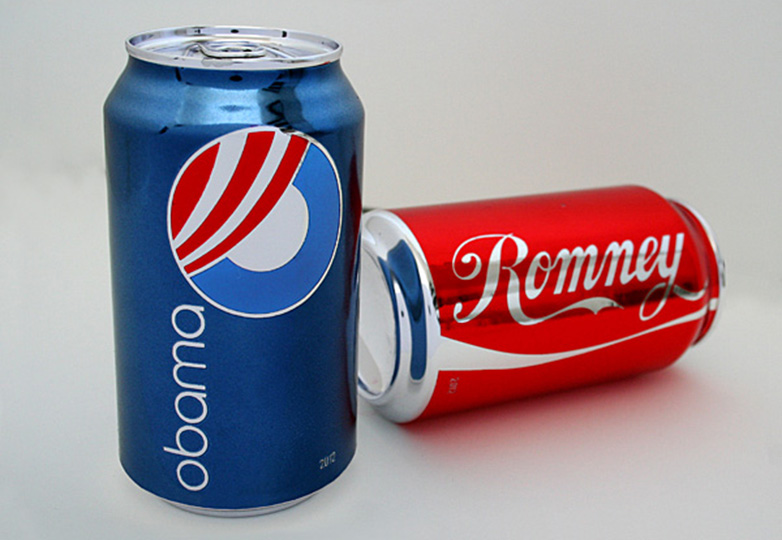 Not all campaigning is done by the politician’s P.R. departments, often it’s the grass-roots campaigners working for what they believe in that makes the biggest difference.

If the GumElection.com results are anything to go by Obama has this sewn up. Even marketing targetted at a wide section of the poplation such as 7-Eleven’s “Who’s Ahead?” survey gives Obama a clear lead. 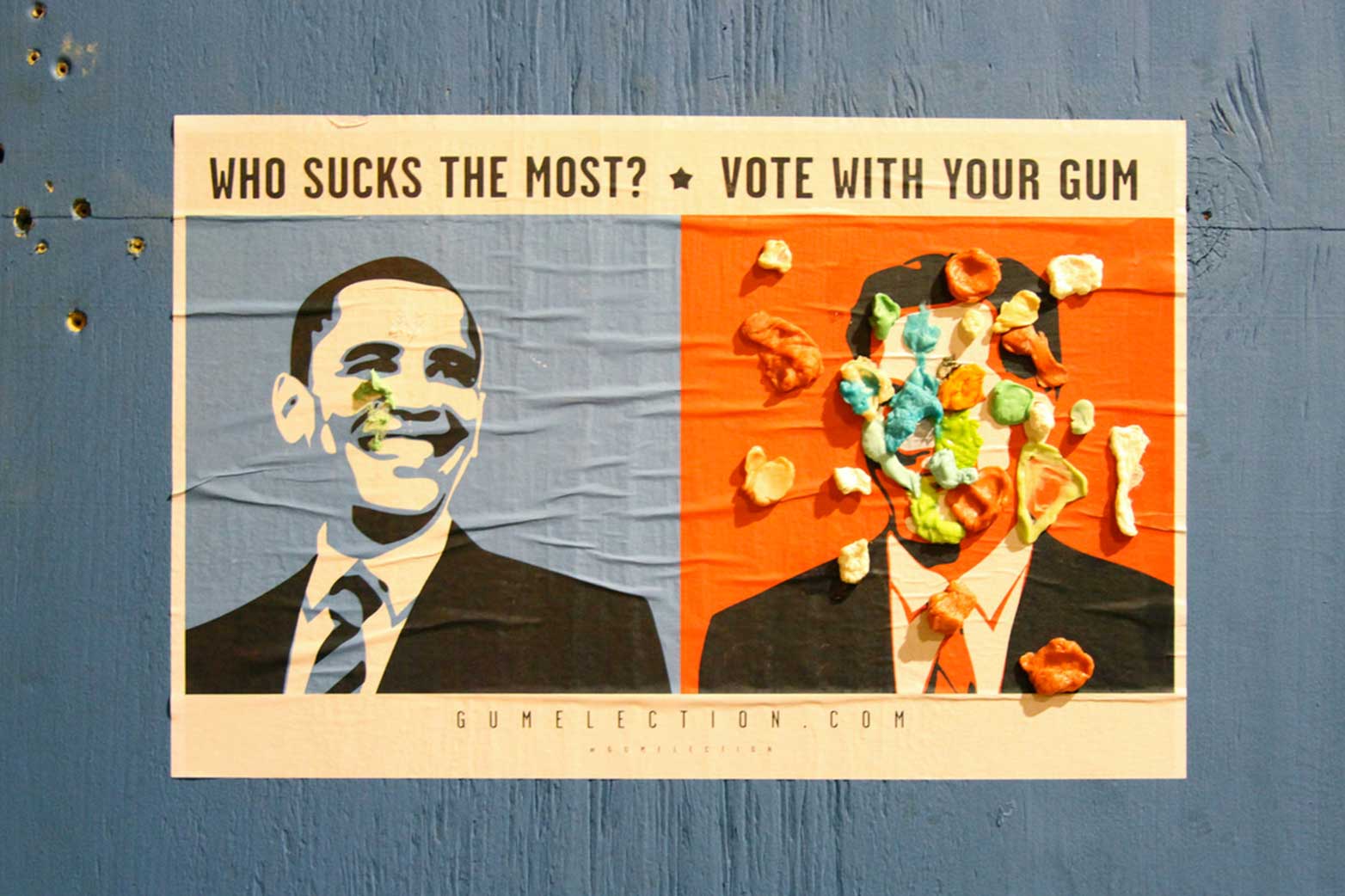 Online, through non-affiliated activists and through support from celebrities such as Jay-Z and Bruce Springsteen, Obama wins hands down.

Predictably some might say, President Obama is here for four more years. Whether the actual election result will be the same we’ll have to wait and see.

What we can be sure of is that branding will have had a huge impact on the result.

If you’re in the U.S. get out there and enjoy your right to vote, it’s a privilege not all of our readers enjoy.

Would a candidate’s branding approach influence your vote? Who’s going to win in 2012? Let us know what you think in the comments. 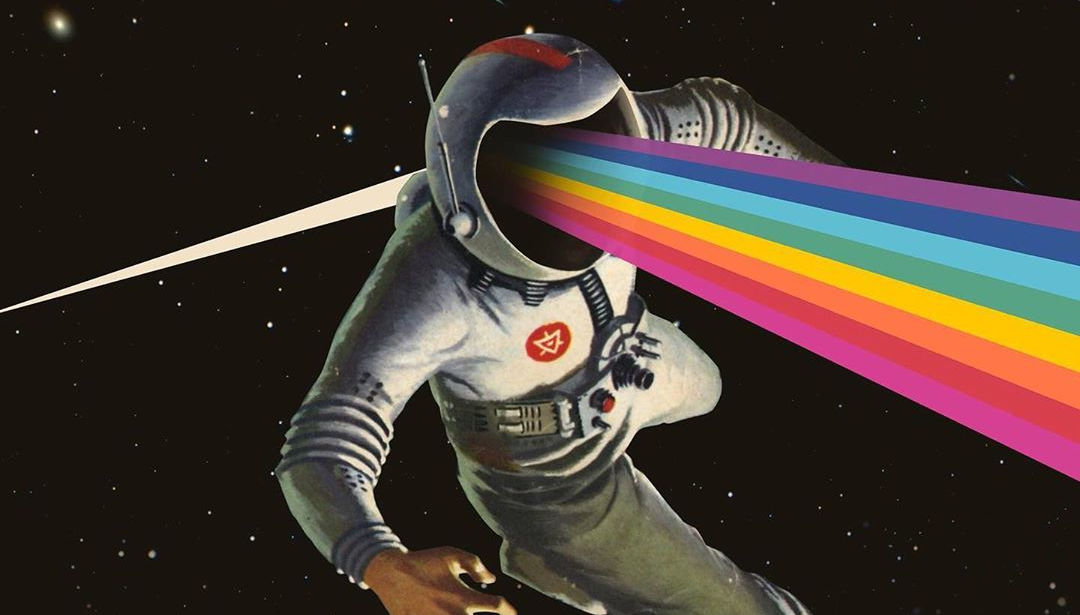 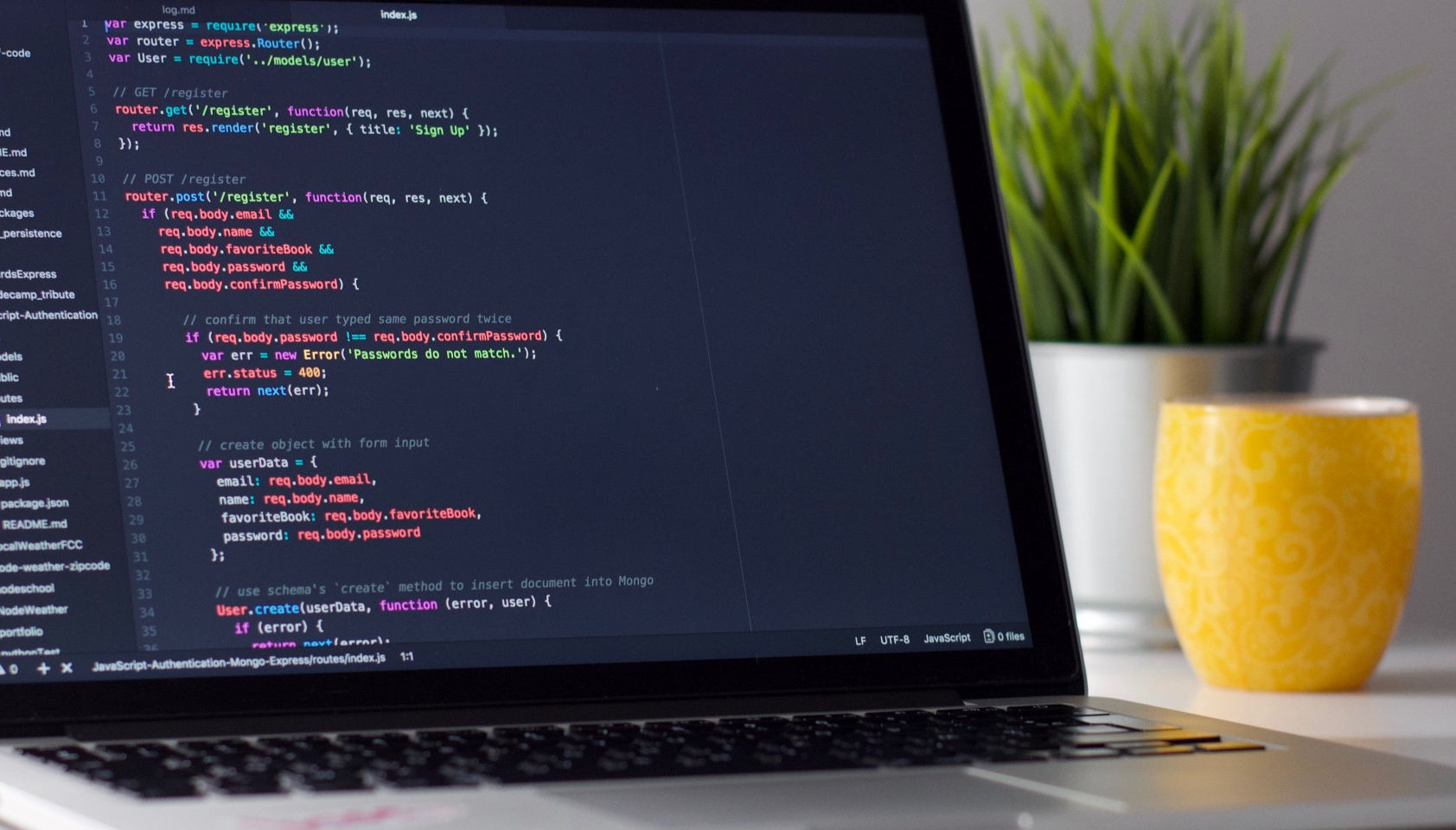