Game of Thrones, based on George R.R. Martin’s Song of Ice and Fire book series, has captivated audiences for five seasons now, with a sixth already in production. The show might be set in a fantasy kingdom reminiscent of our own medieval period, but that doesn’t mean it can’t offer some invaluable lessons for designers.

Here are seven great things GoT can teach you about being a designer, including the business end of the design world.

(I’ve kept major spoilers out of the content for those who haven’t watched all the season yet, though there are some discussions of character and plot.)

Each house on the show has both a sigil and a motto. They understand that branding is important, as it’s the first impression many get of their families.

Furthermore, their branding, both sigil and motto, reinforces whatever their house stands for. For example, House Tyrell’s sigil is a golden rose on a green field, and their motto is “Growing Strong.” This makes sense since they rule over a very fertile land area and their capital is called Highgarden. 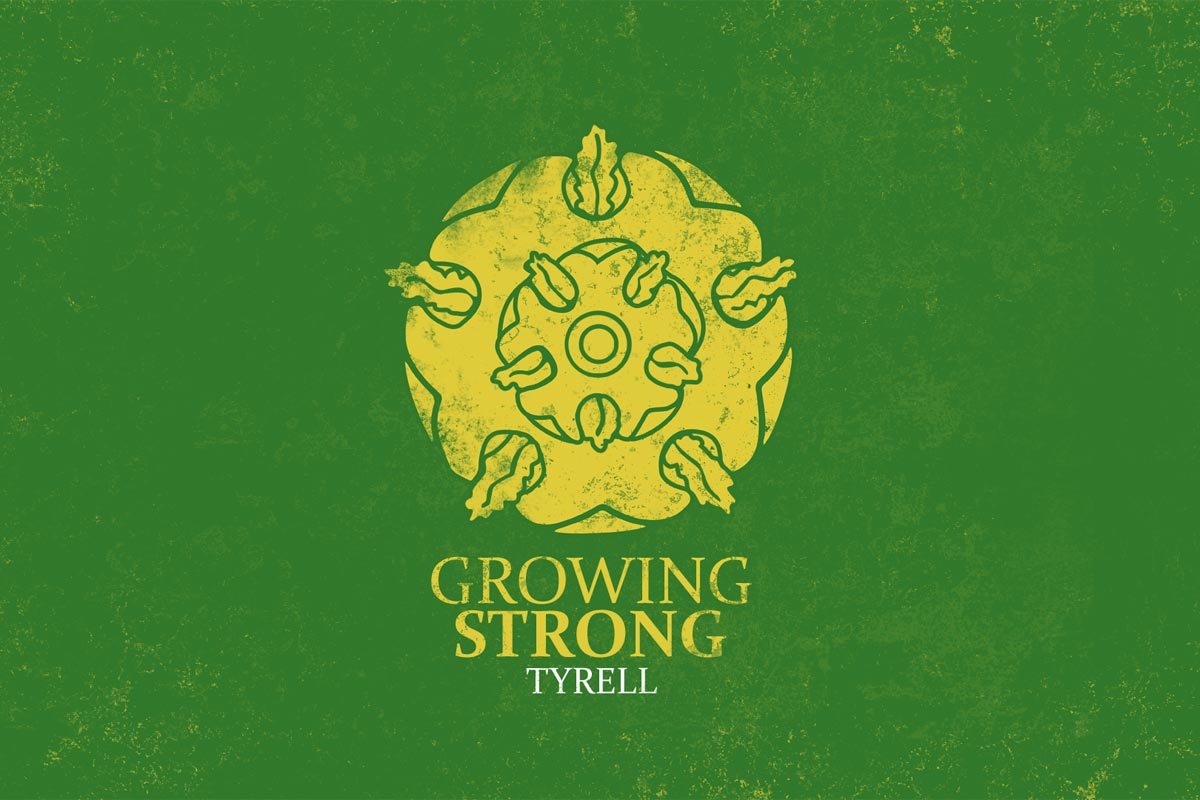 House Stark, by contrast, comes from the North. Their sigil is a gray direwolf on a white field, denoting strength and survival. Their motto is “Winter is Coming,” which is also reflective of their origins. 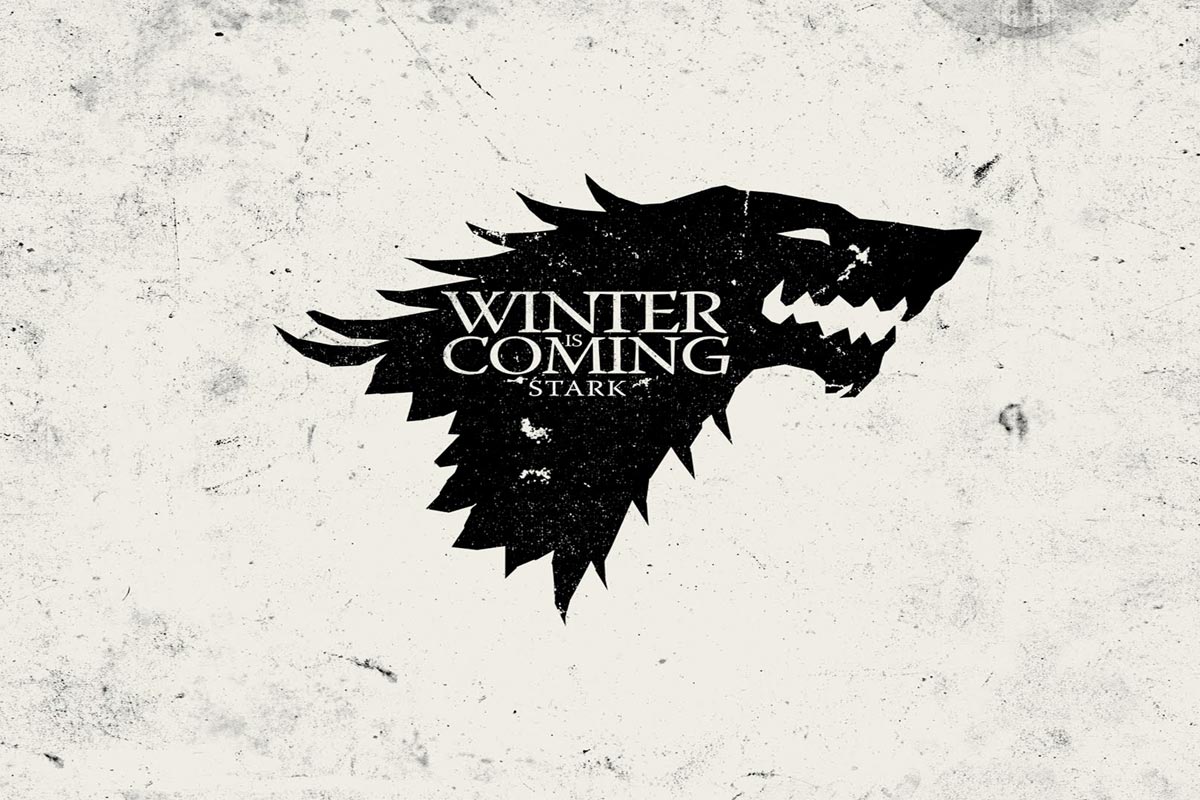 House Baratheon, the current ruling House, uses a crowned black stag on a gold field as their sigil, while their motto is “Ours is the Fury.” The crown makes sense considering their royal status, and reinforces that fact. 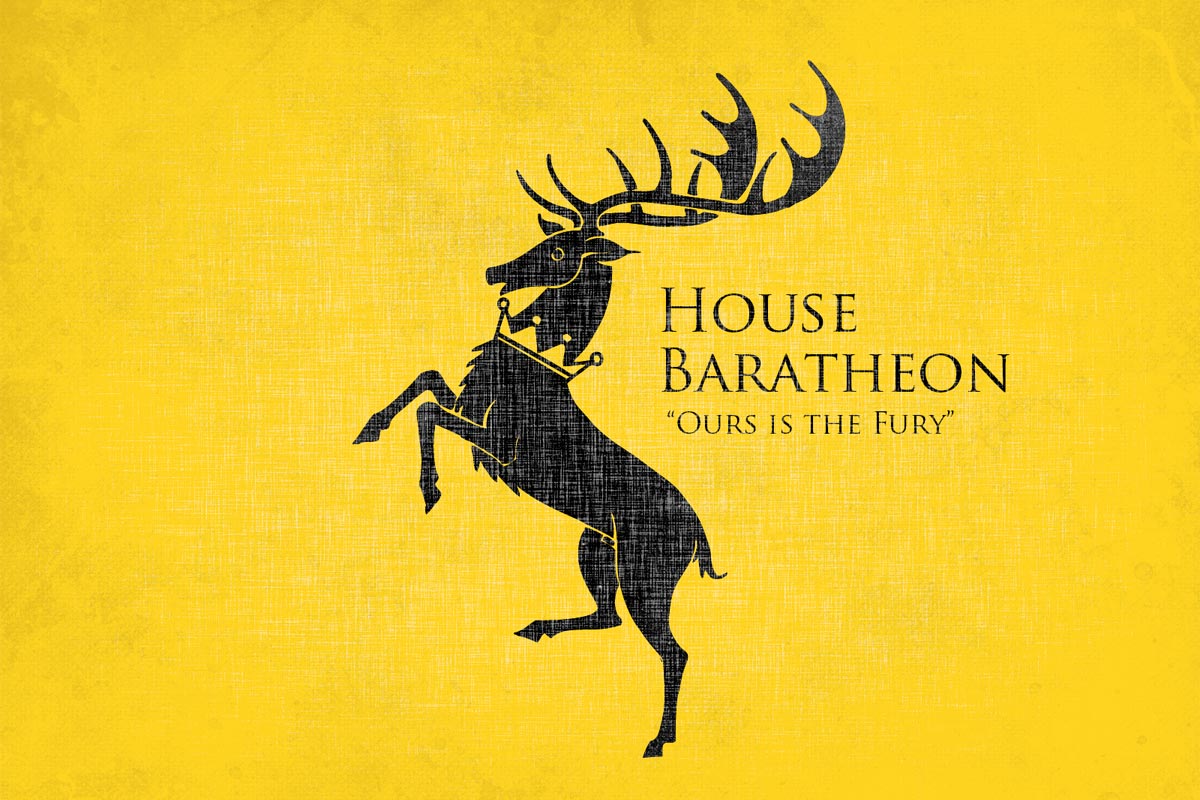 The rest of the houses have equally fitting sigils and mottoes, that also reinforce their place within the world of Westeros.

As you can see, branding of each house is a very important part of the show, and should be equally important in your work.

There are two characters on the show who really reinforce the idea that you should never underestimate anyone: Tyrion Lannister, dwarf and brother of Cersei and Jaime; and Arya Stark, youngest daughter of Ned Stark. 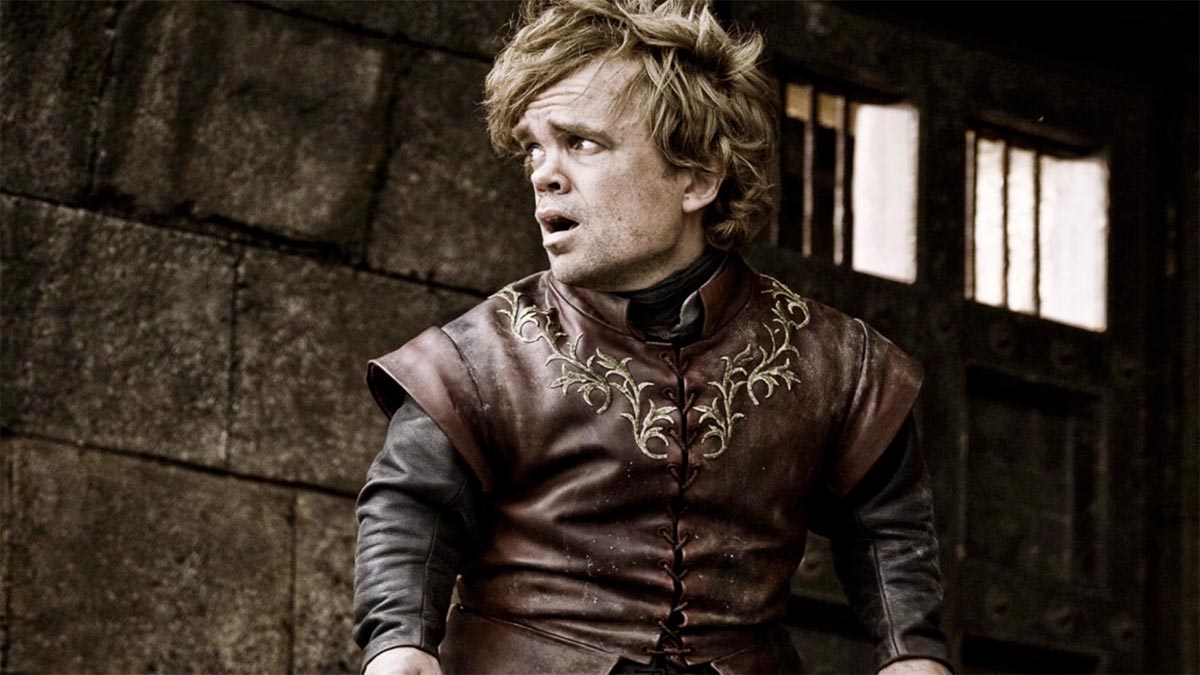 Tyrion proves time and again that wit and intelligence make up for his small stature. Arya proves that despite her youth, she can be a formidable opponent in combat. I won’t go into more detail than that, for fear of spoilers, but anyone who has seen the show will recognize these characteristics.

What this really reminds us is that we shouldn’t underestimate the people we do business with, whether they’re clients, competitors, or team members. Assume that everyone you work with could have something of value to offer until they prove otherwise.

3) Great work can quickly get derailed

The best laid plans on the show have a way of very quickly going off track. One of the most common phrases on the show is valar morghulis: ”All men must die.” That alone tells you that regardless of what you might have planned, things aren’t necessarily going to happen as you want them to.

The lesson, though, is that despite plans constantly getting derailed on the show, the characters keep pushing on. That’s a valuable lesson for a designer or developer: don’t give up when something isn’t working as planned.

The deals that get struck between houses and individuals in Westeros show just how important networking and forming alliances can be. Meeting the right people, and forming relationships with them, can greatly increase your chances of meeting your goals. 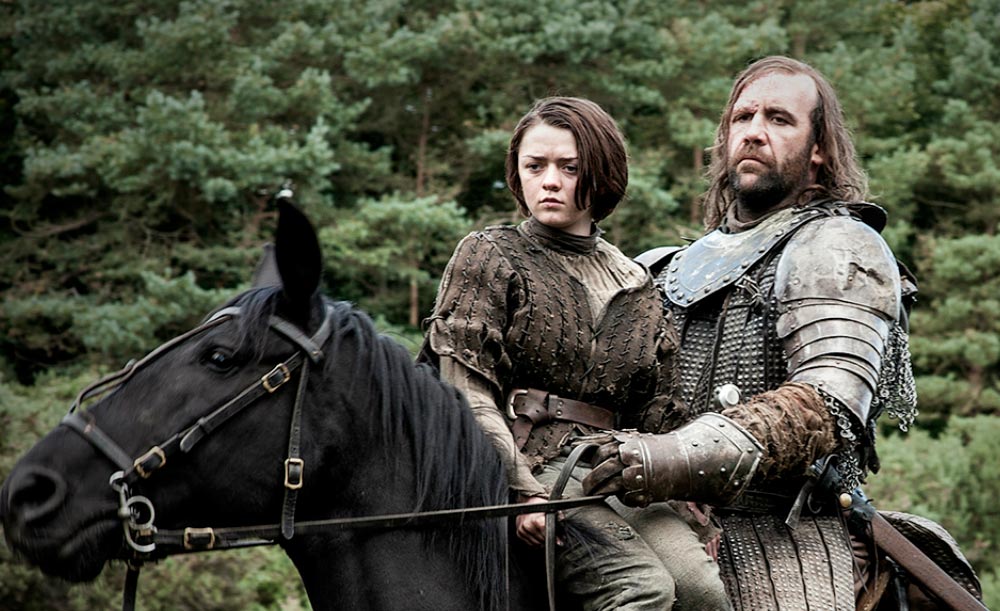 Take, for example, Arya Stark and the Hound. Originally, the two of them hated each other, with the Hound viewing Arya as a bargaining tool. But as time went on, they grew to hate each other a bit less, and have formed an effective team, even if Arya has threatened to kill him.

Another good example of an effective team is Brienne of Tarth and Jaime Lannister. They started out as prisoner-and-escort, but have gone on to form a bond that has resulted in mutual benefit.

There are countless other examples of effective partnerships on GoT. They show that finding the right partners can greatly impact your ability to achieve the goals you set.

Game of Thrones teaches us that looks aren’t necessarily everything if the functionality is there. 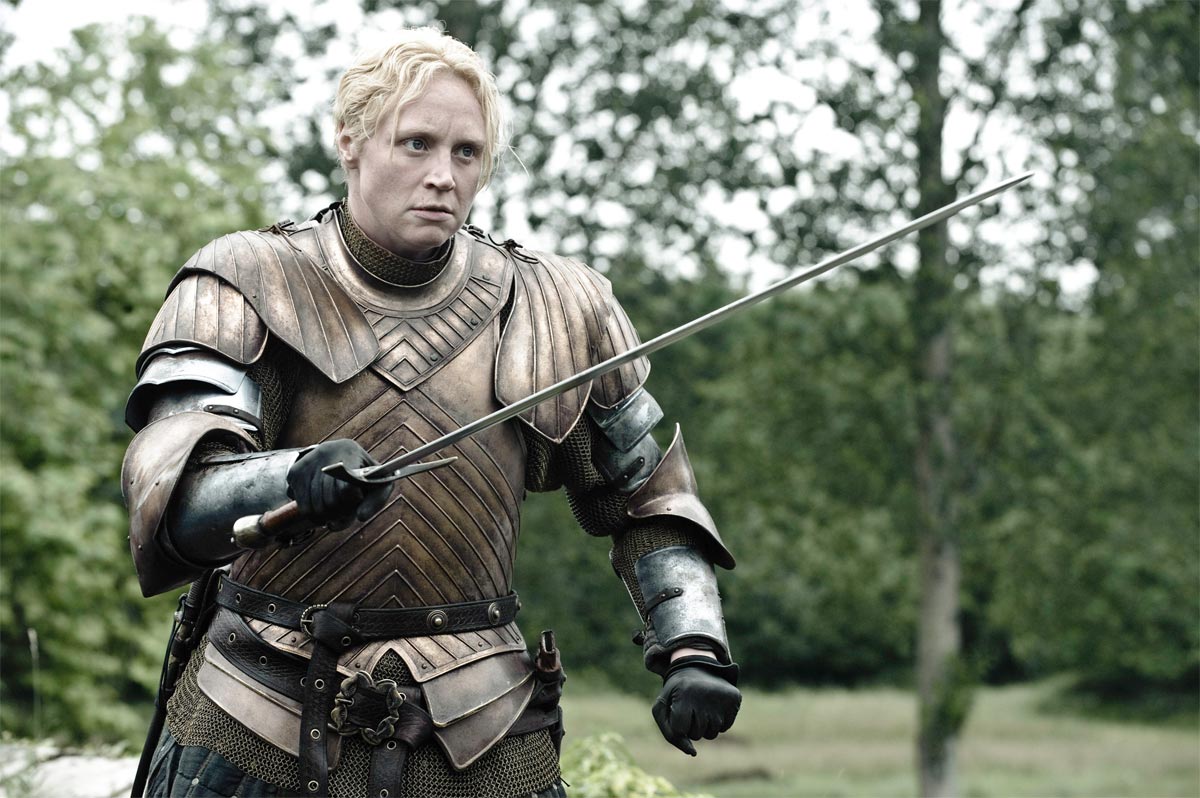 Take Brienne of Tarth. She doesn’t conform to mainstream beauty standards (in our world or the story world), and yet she’s a phenomenal warrior and guard. No one cares what she looks like, because she gets the job done. Granted, she’s not horrible looking, but her looks are not the important thing.

The same goes for your designs. As long as your design doesn’t take away from the functionality of the site you’re creating, then a site that does what it aims to do well can get away with a simple, plain design.

6) Sometimes you have to be ruthless

If there’s one thing that Game of Thrones has done better than a lot of shows, it’s the art of being ruthless. In virtually every episode there are examples of characters acting ruthlessly for their own gain.

Ruthlessness doesn’t necessarily have to equate with backstabbing (though there’s plenty of that on the show, too). It often just means stepping up to protect your own interests, and not being afraid to say you’re the best if you are, in fact, the best.

If there’s a project you really want, or a client you want to work with, don’t be afraid to go after it. Write up a proposal, tell them what’s wrong with their current strategy, and tell them why you’re the person to fix it. Do it tactfully, but do it.

There are times in life when it’s necessary to just take charge. For example, when Daenarys Targaryen suddenly found herself leader of the Dothraki after only being a part of their culture for a short time. She took charge, not only to lead the Dothraki, but to view herself as the rightful queen of the Seven Kingdoms. 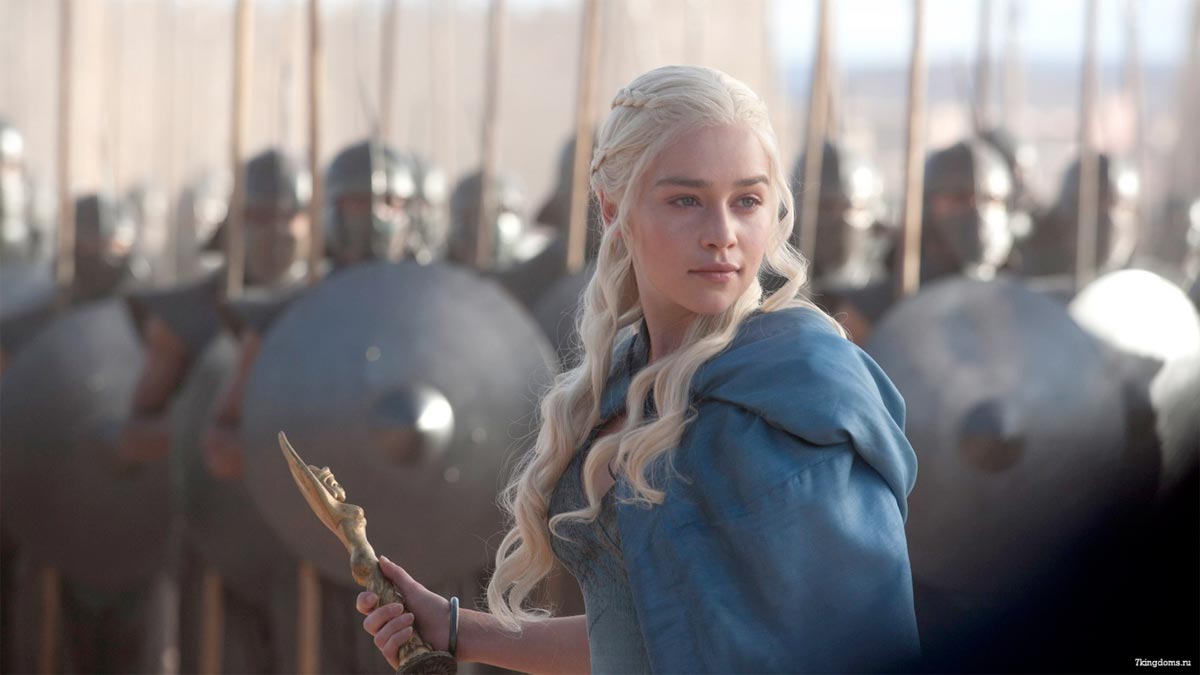 Daenarys is a great example of how taking charge when necessary can lead to great things. Sometimes you have to rise to the occasions that present themselves, even if they aren’t situations you ever thought you’d find yourself in.

For example, you might not expect to take on major projects as a freelancer, but if you suddenly land a meeting with an executive at a prominent company to discuss a huge project, you might want to take it just to see where things go. Diving in with both feet can lead to a positive outcome if you have the determination to make it happen.

Looking at design from a different perspective and through different lenses can be a great way to reinforce concepts you might already know.

We don’t suggest you start kidnapping your competitors, or launching armed assaults on rival studios. But Game of Thrones is an incredibly popular TV series for good reason: it echoes the stories you’ll find throughout life, and seeing the solutions the characters come up with, might help you find (less violent) solutions of your own. 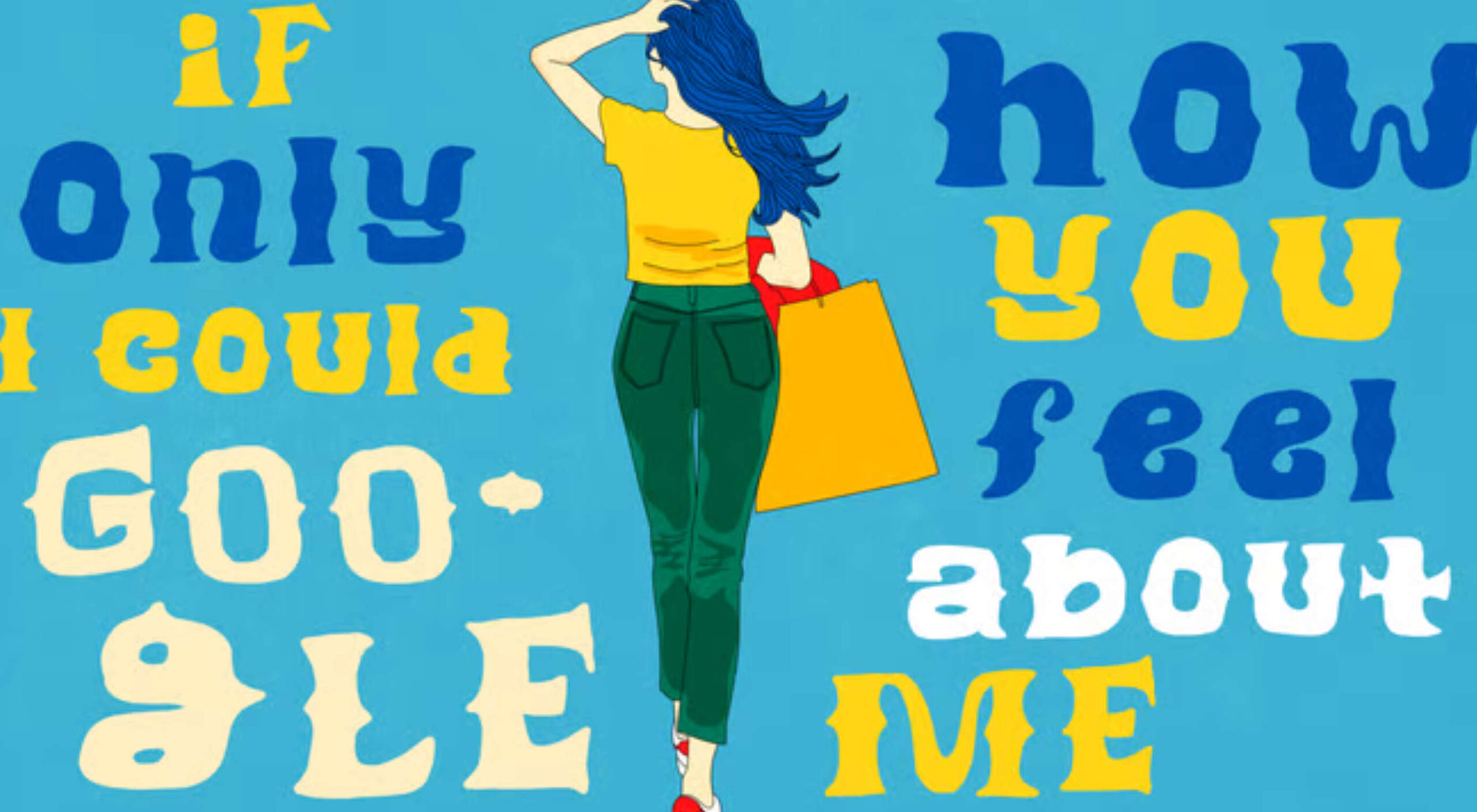 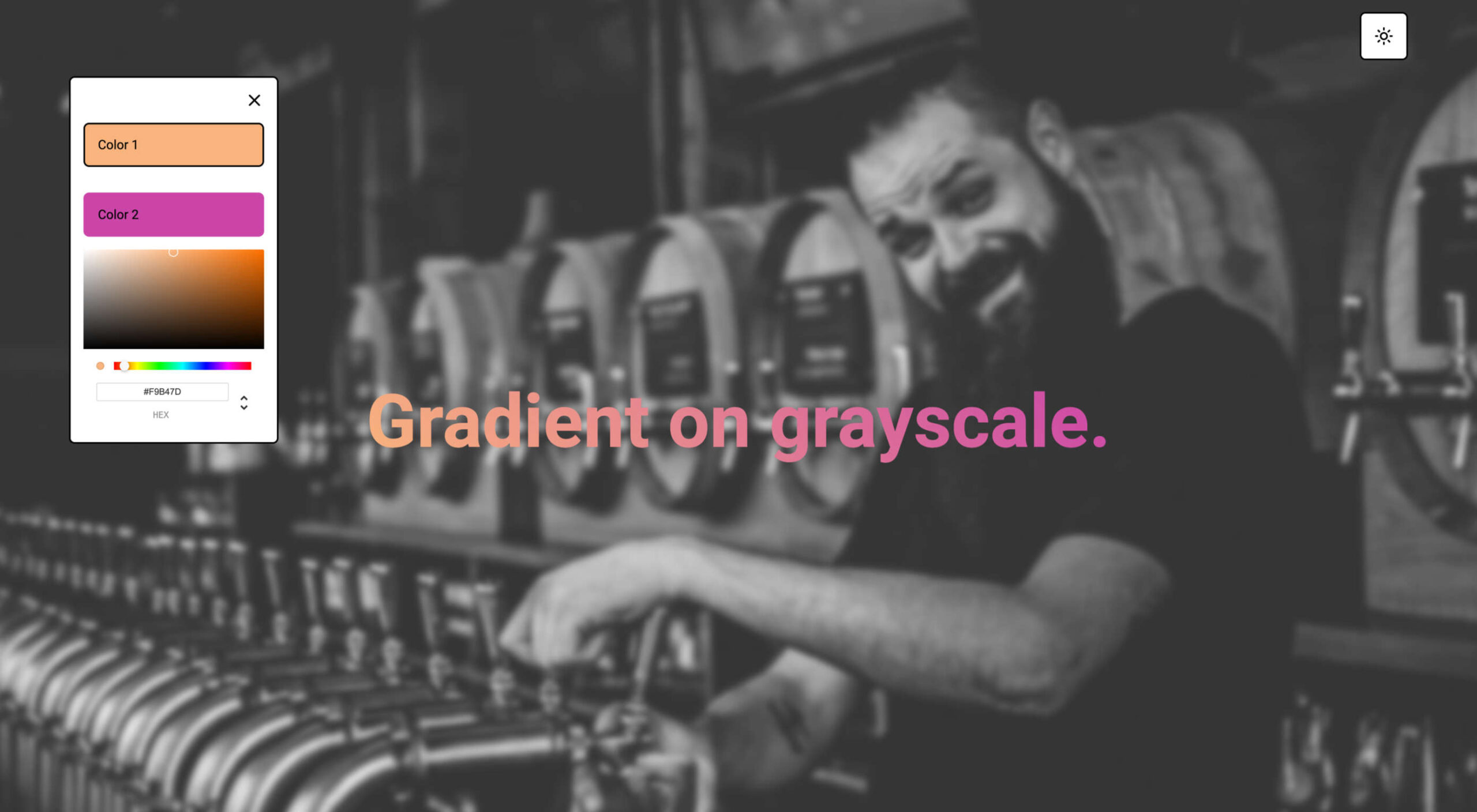