Photoshop Express Gets a UI Update

In Version 3 of Adobe’s Photoshop Express, the app’s entire interface gets a design makeover. This is a milestone of sorts since Photoshop Express rarely gets a redesign. In fact, the last time it was overhauled was more than 2.5 years ago in early 2014.

Back then, Express’ new look was considered modern for its time, but it hasn’t stood the test of time, and so an update was necessary. The new interface seeks to make Express more modern-looking and in line with today’s design standards.

Express’ new design doesn’t quite meet Google’s Material Design aesthetics, but it nonetheless provides the app with a much cleaner interface that’s characterized by fewer Holo menus and revamped iconography. It also seems more fitting for the Marshmallow and Nougat operating systems than older versions of the app. 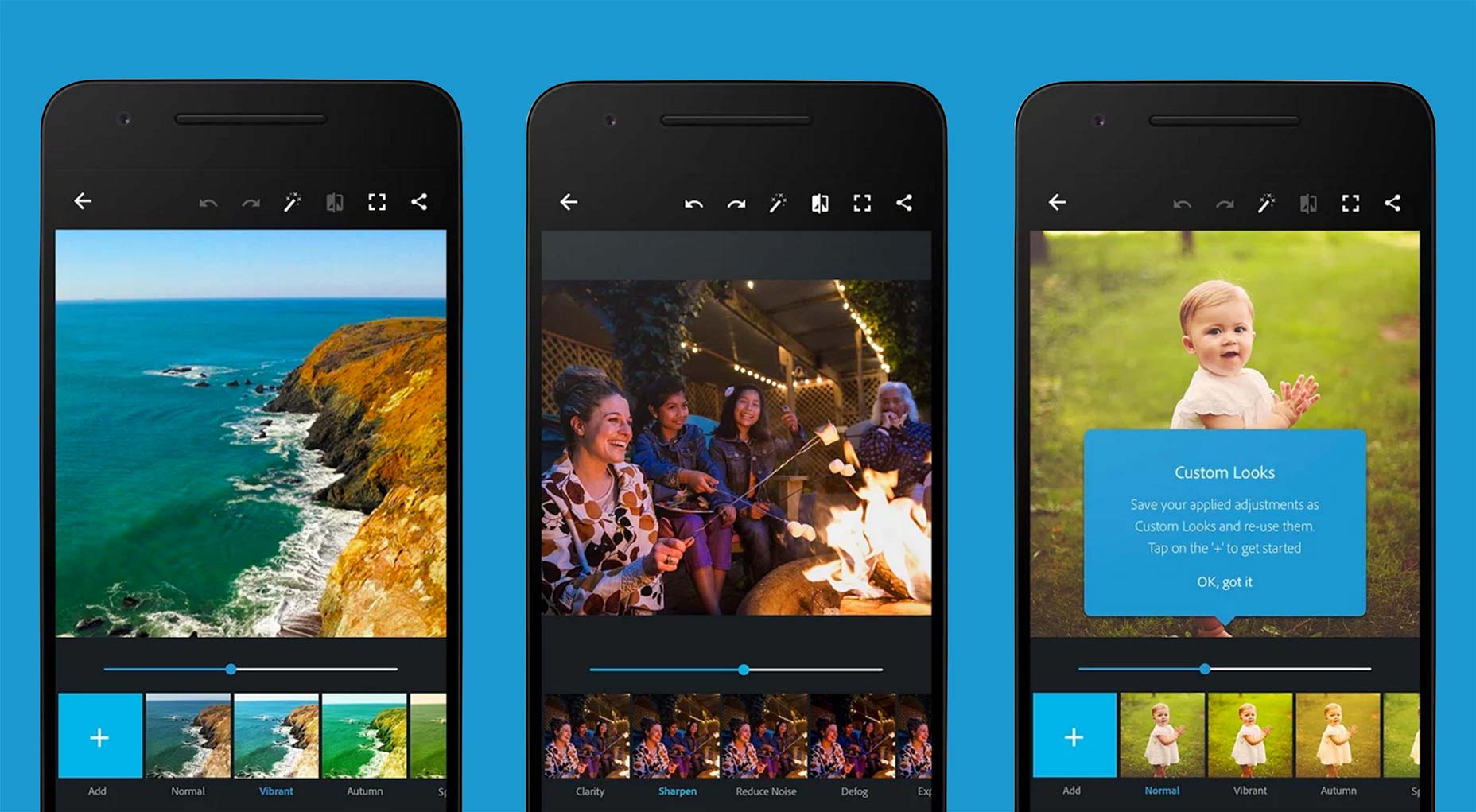 Another bonus is that the redesign has optimized Express for tablet use, which should please users who want to go beyond the real-estate limitations of their smartphones to still use this functional app.

Overall, the redesign covers Express’ editor screens, share screens, settings, image picker and splash screen. When you look at what the old design of this app was just a few days ago and compare it to how it looks currently in the Google Play Store, it’s clear that the design changes are striking.

Adobe decided to unveil a bunch of new features together with this design overhaul, too, making this a thorough update for the app. Some of the app’s new features include:

• The ability to save images to users’ Creative Cloud libraries for additional editing on Photoshop’s desktop software.
• The chance to crop images for Facebook’s cover photo size.
• Redoing an action within Photoshop in the event that users change their minds again.
• New languages that were added (17 in total).
• Additional permissions handling for Android 6.0.
• Improved Facebook and Google sign-in integration.

In all, this update ought to please longtime mobile Photoshop users who’ve been clamoring for a fresher interface and now have even more reason to use this app.