Is the Human Designer Facing Extinction?

In the last few years, machine learning and artificial intelligence have been hitting the headlines often. The technology has been making progress in leaps and bounds. The physical limitations on computational requirements which once hindered the progress of AI are long-gone. Today, we’re actually pondering a different kind of dilemma: Will machine-learning actually surpass human intelligence in the next few years?

Which “skilled” jobs will soon be replaced by artificial intelligence?

Should we put a kill-switch on our intelligent bots, just in case they get too intelligent and we’ll have a Skynet, doomsday scenario?

As machine-learning keeps advancing at a rapid-pace, with the tools and the research being available applied to mainstream applications, we may be at a tipping point, similar to the time when automatons replaced the human in factories.

Which human industries will vanish in the next few years?

Is the human designer facing extinction?

Why has machine-learning advanced so rapidly?

You can blame quite a bit of that on Google. Well, at least, you can blame the good part of it.

The engineers at Google in the last few years have been applying machine-learning techniques to their search and classification problems with fantastic results. Some parts of their core-algorithms have been completely rewritten to use AI and ML with amazing results, such results that the team had never been able to achieve with any other technology.

RankBrain is one of the algorithms used by the Google search-engine team. It is able to understand and extract the core semantics of natural-language queries, something which previously Google had a very difficult time processing.

But, RankBrian is the AI that Google chose to “reveal” to the general public.

You can rest-assured, that under the hood, there’s plenty more going on which we don’t know about. The Google Search and Spam team keep hinting at machine-learning powering their search results.

The teams in fact have been so impressed with the results, that they did the unthinkable. They actually open-sourced the technology they are using internally, such that other people could apply the same algorithms in order to solve their own problems—the result was TensorFlow.

TensorFlow and other similar software technologies, and the practically unlimited computational resources available at will, bring us to a stage where there are much fewer limits than we used to have before.

Great minds like Elon Musk are in fact so worried about the advance of AI and ML, and the potential negative repercussions brought about by this, that they are proposing frameworks such that “kill switches” are put in place…just in case the machines get too intelligent.

In a recent example of machines getting too cocky, Facebook intelligent bots developed their own language to communicate.

This may look creepy to many people, but it really doesn’t surprise those in the know—with artificial intelligence algorithms mimicking human intelligence, and being totally goal-oriented and highly efficient—this is bound to happen. The algorithms will evolve to complete their goal in the most efficient way possible and this may include unexpected or surprising means to an end.

But how does this all affect design?

Design is not immune to all this progress. We’ve recently been seeing a move towards automation of design.

I want a real human designer who can, first and foremost, understand the value of my brand

Logo design has been one of the niches which has had free tools around for a while, but the quality you got out of those, left much to be desired.  For example, when it comes to my logos, unless I’m doing a throwaway site, I want a real human designer who can, first and foremost, understand the value of my brand.

I want to be able to speak to somebody who “gets it” and is able to conceptualize a few ideas before we advance to refining and finalizing of a logo and brand.

But there are AI options, such as TailorBrands. These guys have just received a nice round of funding of $4m. Now, if you’re able to secure that kind of money, you might be onto something. At least, VCs are seeing that this certainly has potential.

Our take was that creativity was, in fact, a popular mistake; something that broke the pattern in a way that enough people like. It’s what happens when I give you a perfect classical piece and you decide to destroy the spacing between the notes; if nobody likes what you are doing it’s a mistake, if enough people like it you just created Jazz.

These AI options follow the same pattern: they ask a few questions about your brand, ask what style of logo you want, and give you a selection of fonts to choose from. Then your logo is generated. Nothing too complex, not very sophisticated, but yeah, it could work. Does it look like it was designed automatically? Not to most people’s eyes—particularly those who are not designers. Could you use it for your website? I’m sure you could. Will I be using one? The jury is still out on that.

The beauty of working with AI

I’m going to go out on a limb and be very controversial here: If a client came up to me, for a website, without a logo, I’m pretty sure I’ll be able to come up with something good looking in a few minutes. Not only that, I can offer them completely different designs and concepts and potentially refine on their selection. I could probably charge quite nicely for offering a logo creating service.

Is it responsible? Is it ethical? Should I be doing it?

The thing is this, until you build a certain reputation, you’ll be hustling to all sorts of clients. The ones which are great, understand design and brand values and are ready to invest. Then there are the ones who just want to get by. You can chose to refuse them (if you have the luxury to do that). Or you can offer them a budget package, which includes a logo design if they’re still starting out. You’re providing them with a complete package, which is surely cheaper than a human designer and won’t burn you out.

But what’s the flip-side to this argument?

Can AI Ever Truly Design for a Brand?

Before we answer this question, I just want to go over a few examples of beautiful logos which you’ve probably seen over and over again.

Ever noticed the arrow between the E and the X?

Amazon carries everything from A to Z, besides the arrow making the logo “smile” 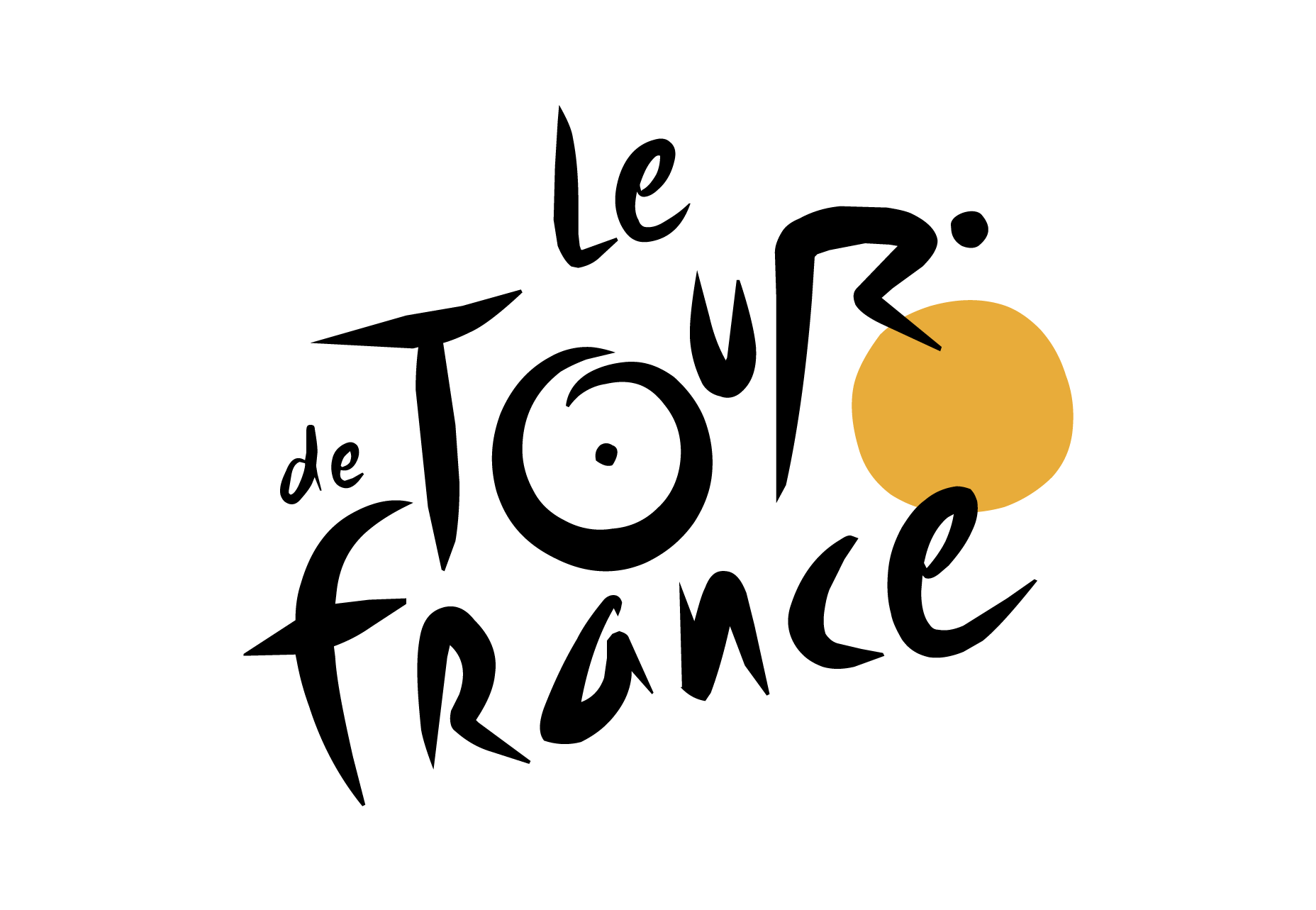 These logos are only a few of the examples which a true logo should look like. It’s not only a pretty design, the logo does symbolize the brand values.

Before a design is conceptualized and given form, the function behind the brand should be fully understood. And this is where AI falls short (so far). While AI is making advances at a rapid pace, the decisions being made are quasi-intelligent. Today’s AI is more a question of fuzzy logic, where designs and decisions are made with incomplete data, rather than true intelligence. It may look like intelligence, and the uses we put it to, will vastly simplify computational problems which might have seemed insurmountable only a few years back. But true intelligence? True understanding of what is being designed? The time when the designer is fired and a bot is “hired”, we’re probably still quite a few years away. Generations maybe.

Because, can an artificially intelligent bot understand the values of your brand? Who knows, someday, maybe. But today? Despite the advanced in the technology, we’re still not at the level of killing-off the human designer.

David is an inquisitive web designer who frequently shares his tips and tricks at CollectiveRay. When he's not blogging about web design, some thing he's been into for the last 12 years, he's usually dreaming about his next big thing. More articles by David Attard
Related posts 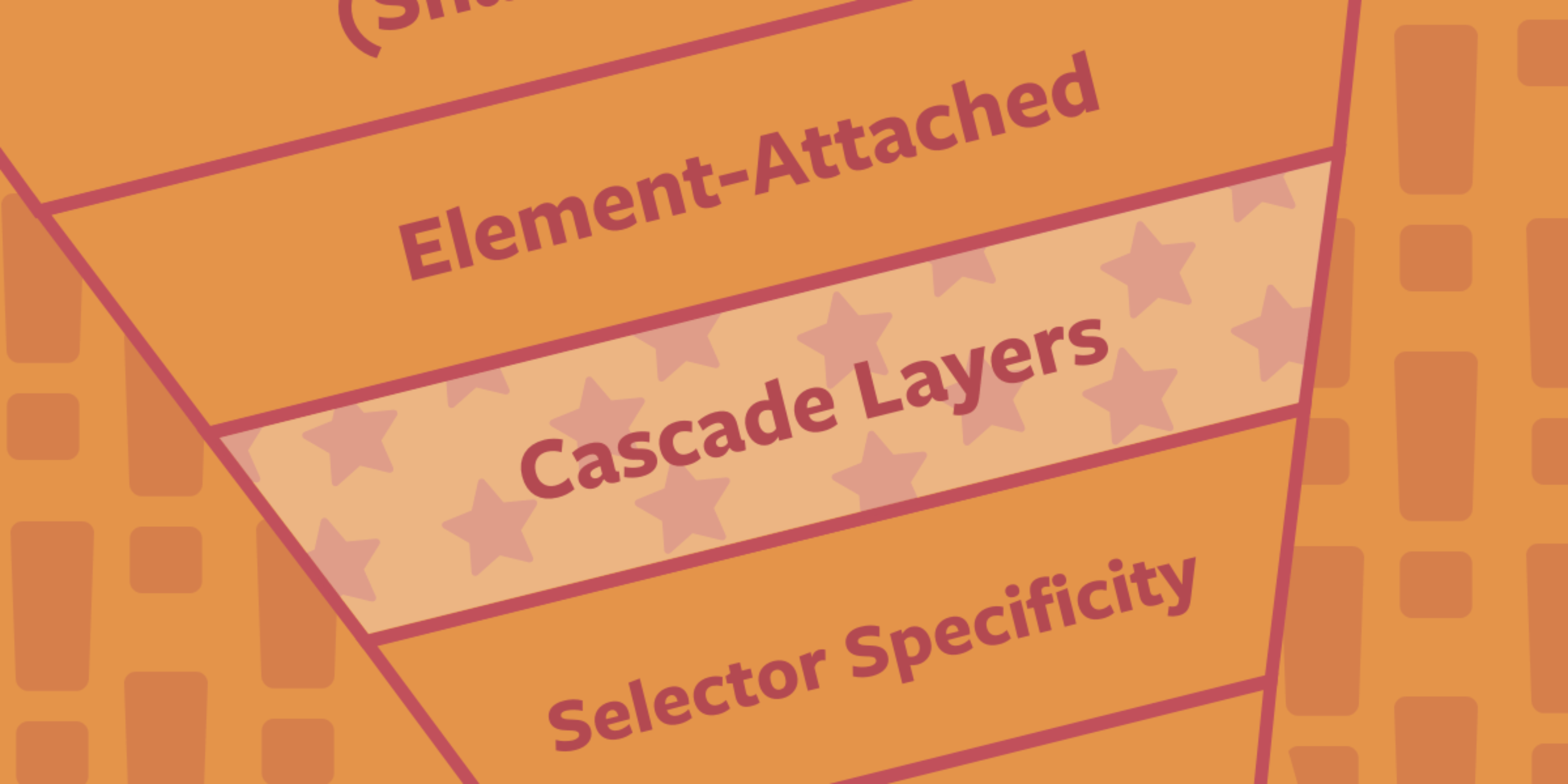 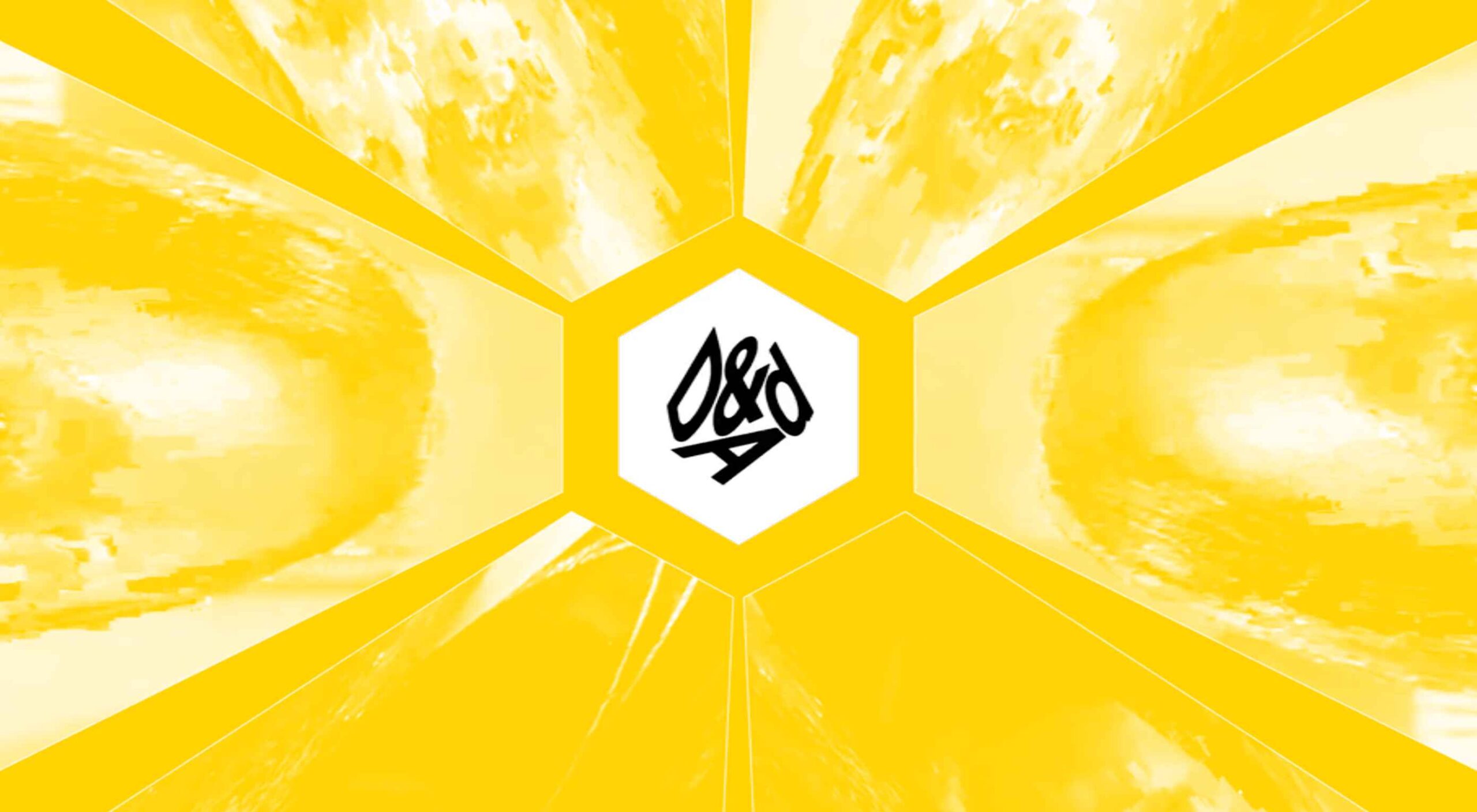 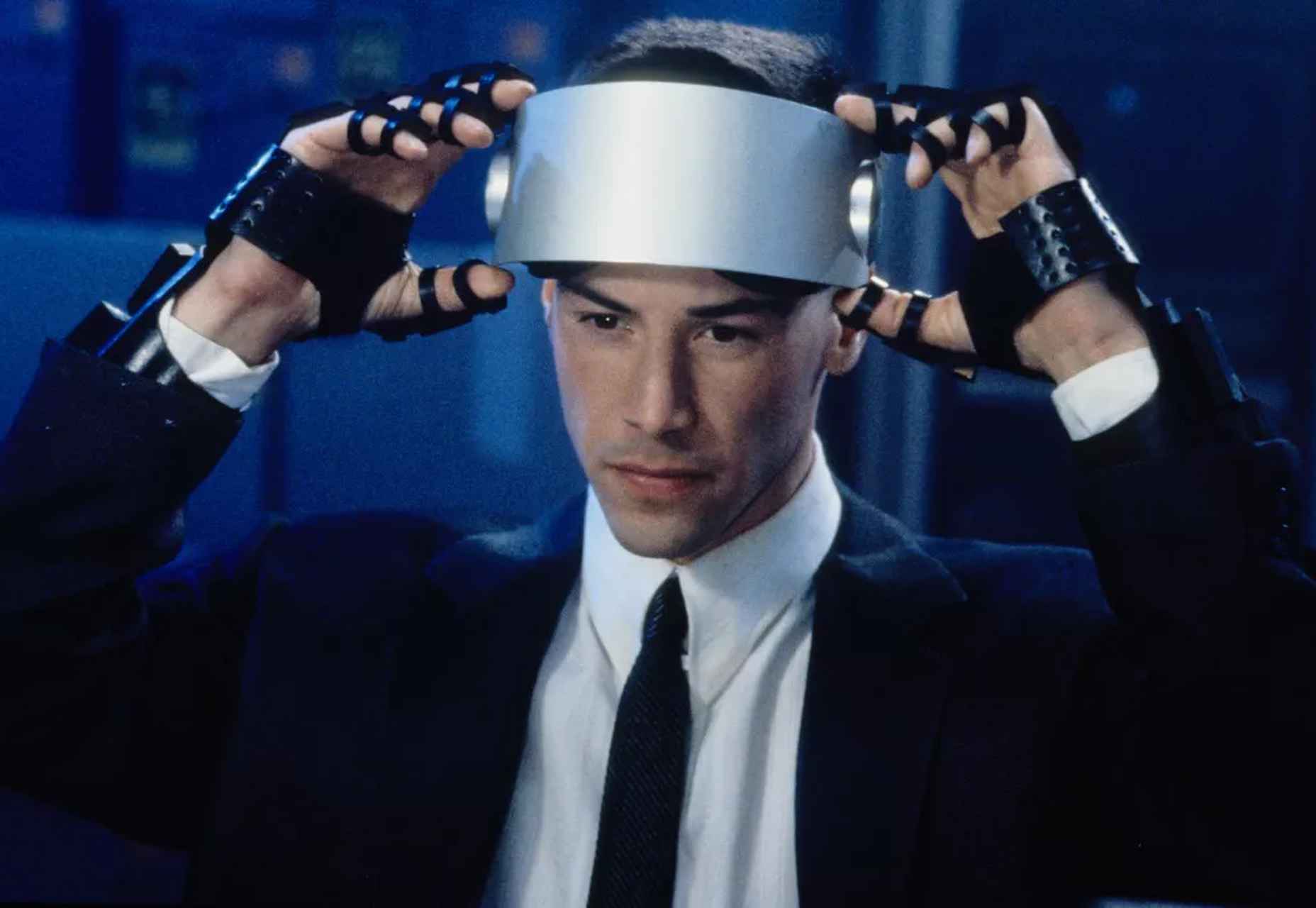