Hello readers! It’s March. As is tradition, I’ve gone and collected a bunch of interesting portfolio designs for your perusal. It’s an eclectic mix this month. You’ll see some plain and basic good design together with sites that do interesting things with 3D graphics. Enjoy!

Kaj Jeffries has won my meme-loving heart by the simple expedient of using GIFs to showcase his work as a director. It’s a simple technique that works flawlessly with his particular directorial style. The layout with two columns that scroll in opposite directions is perhaps not the most practical, but certainly fits the vibe while not being unusable. 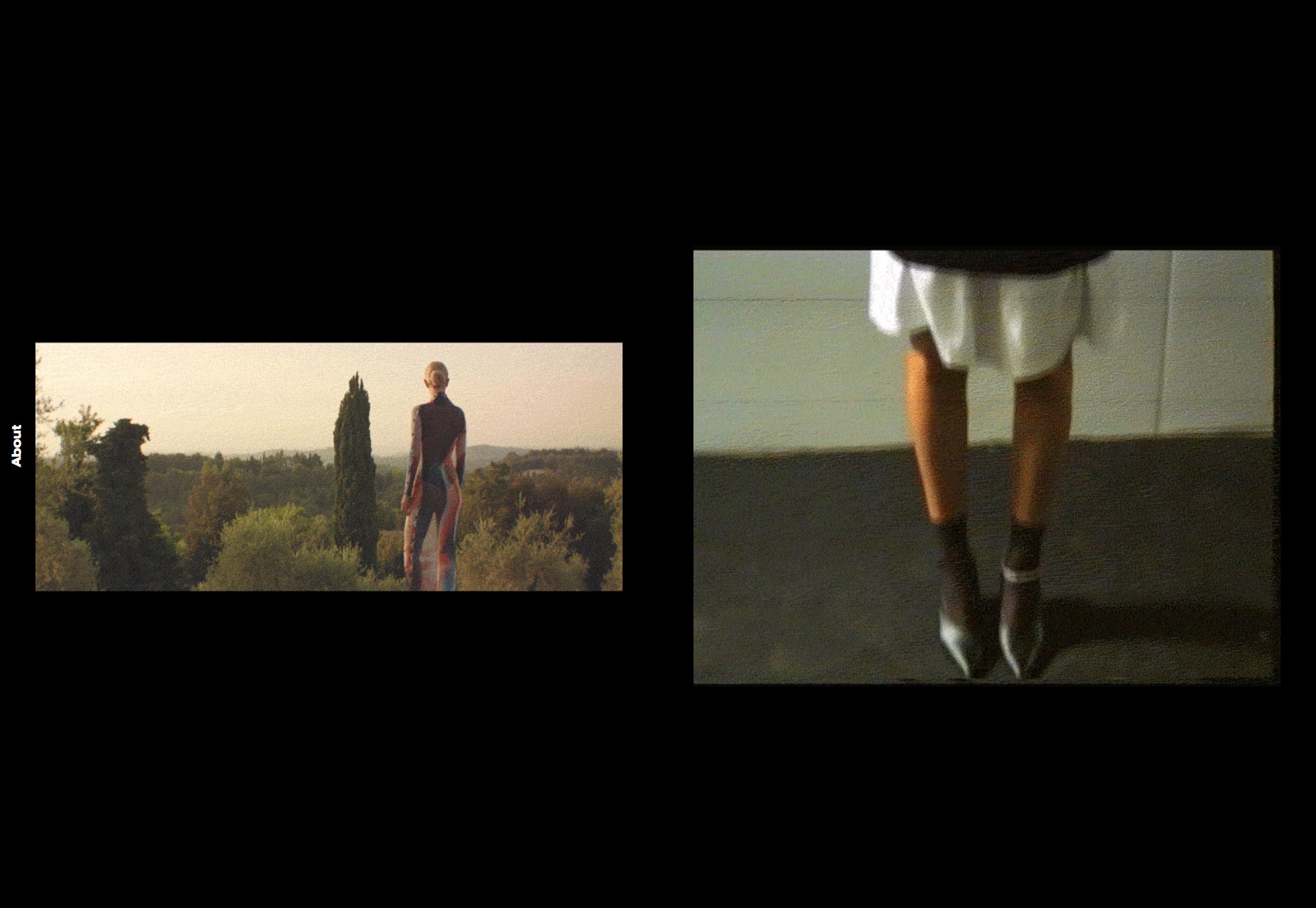 Ori Studio is the first site in a long time to have “dots” as their primary theme. I don’t know, the first word I thought of was “pointillism”, but that doesn’t feel quite right. In any case, the style lends a very distinct feel to the site, and I doubt I’ll forget it soon. 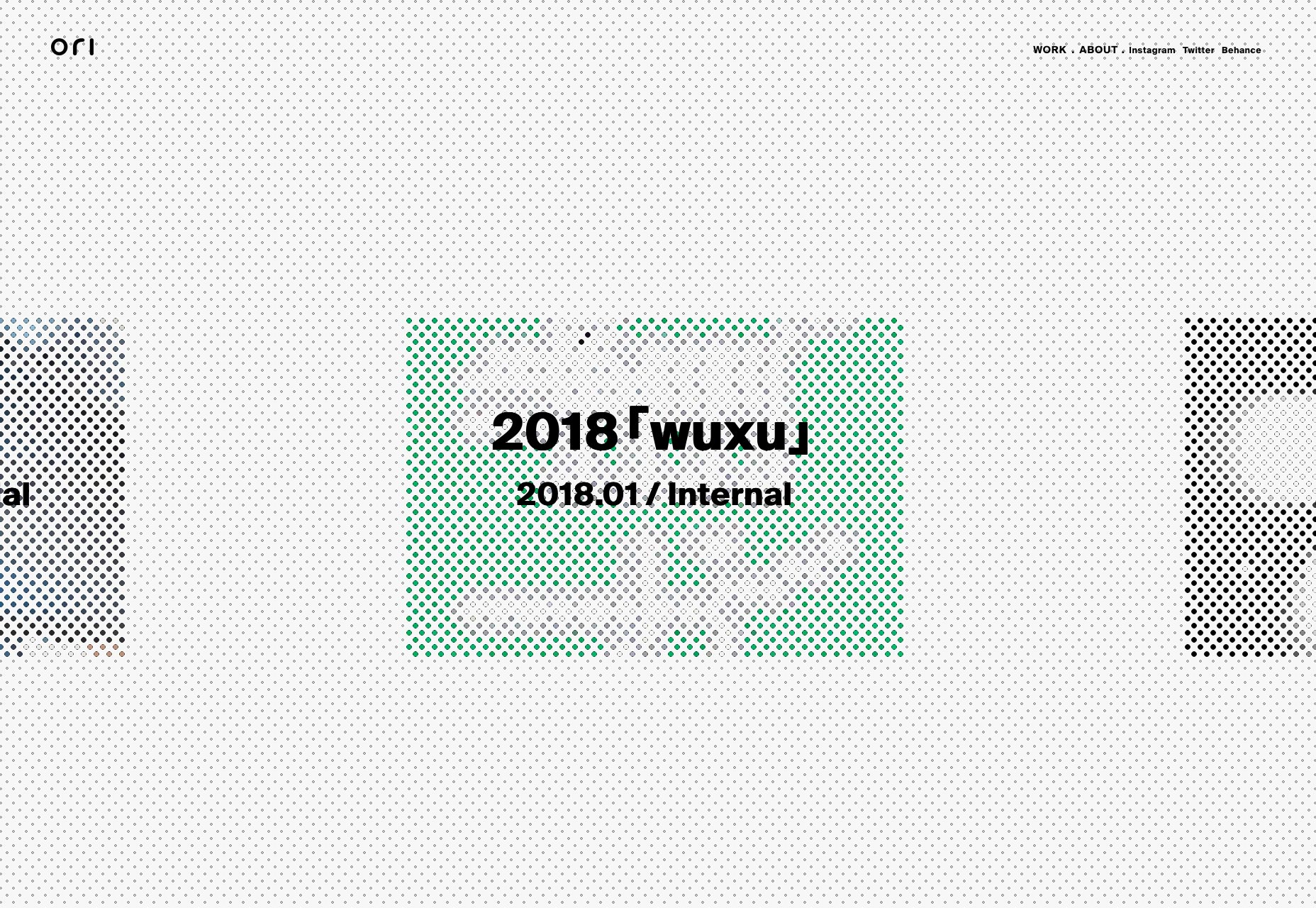 When you take into account how much I dislike pre-loaders and the overuse of animation, it says something that I like Julien Renau’s portfolio. There’s just something about the little blinking mascot (which you can control via the arrow keys), and the execution of the rest of the site that I find both elegant, and a little charming. 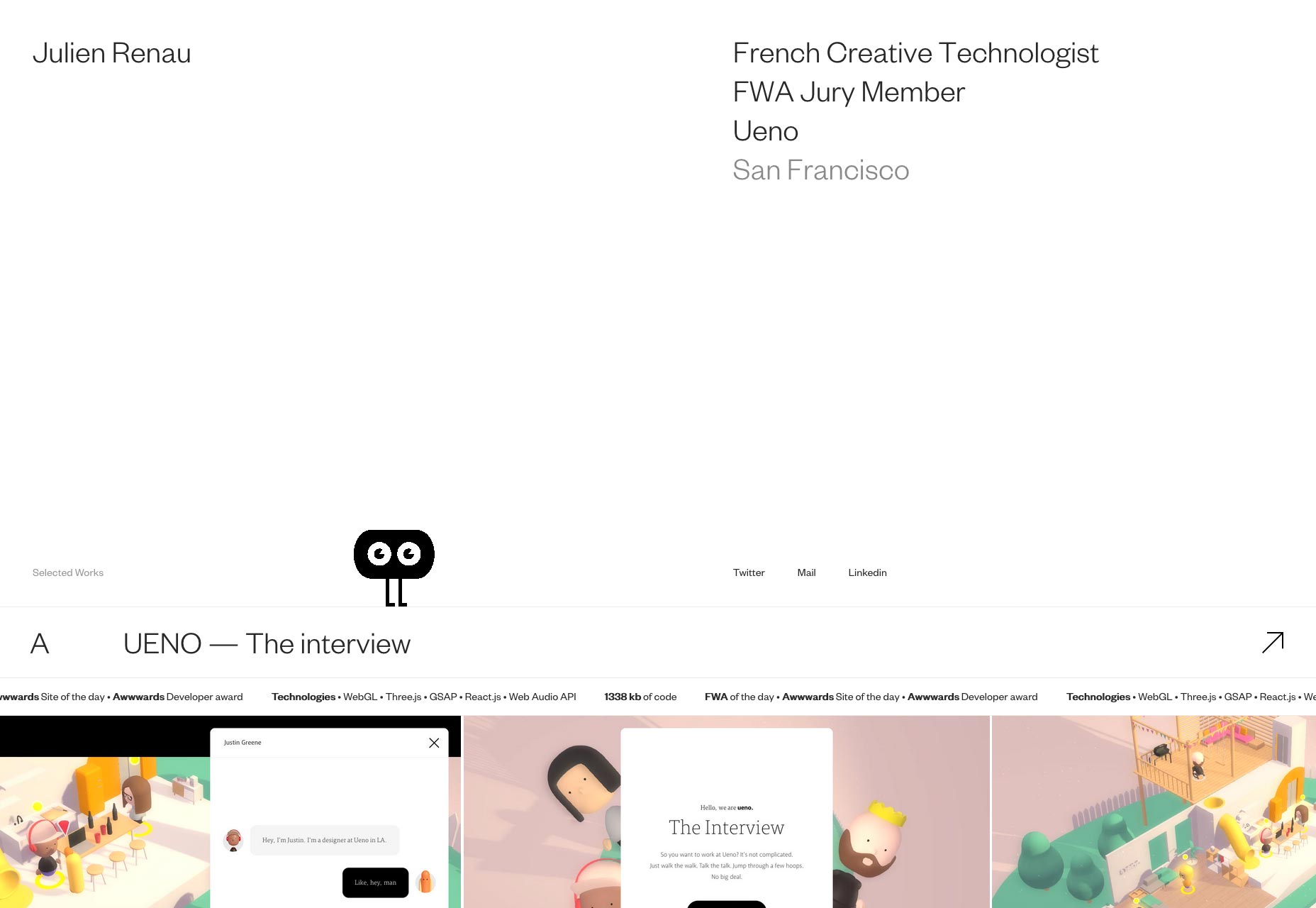 Uncanny Valley Studio changes up what would otherwise be a fairly standard minimalist layout by embracing a distorted graphical style when presenting their projects. And it works.

Each of their projects also seems to feature some interactive elements, such as this basic music looper. This adds a whole new dimension to the way users experience the portfolio. 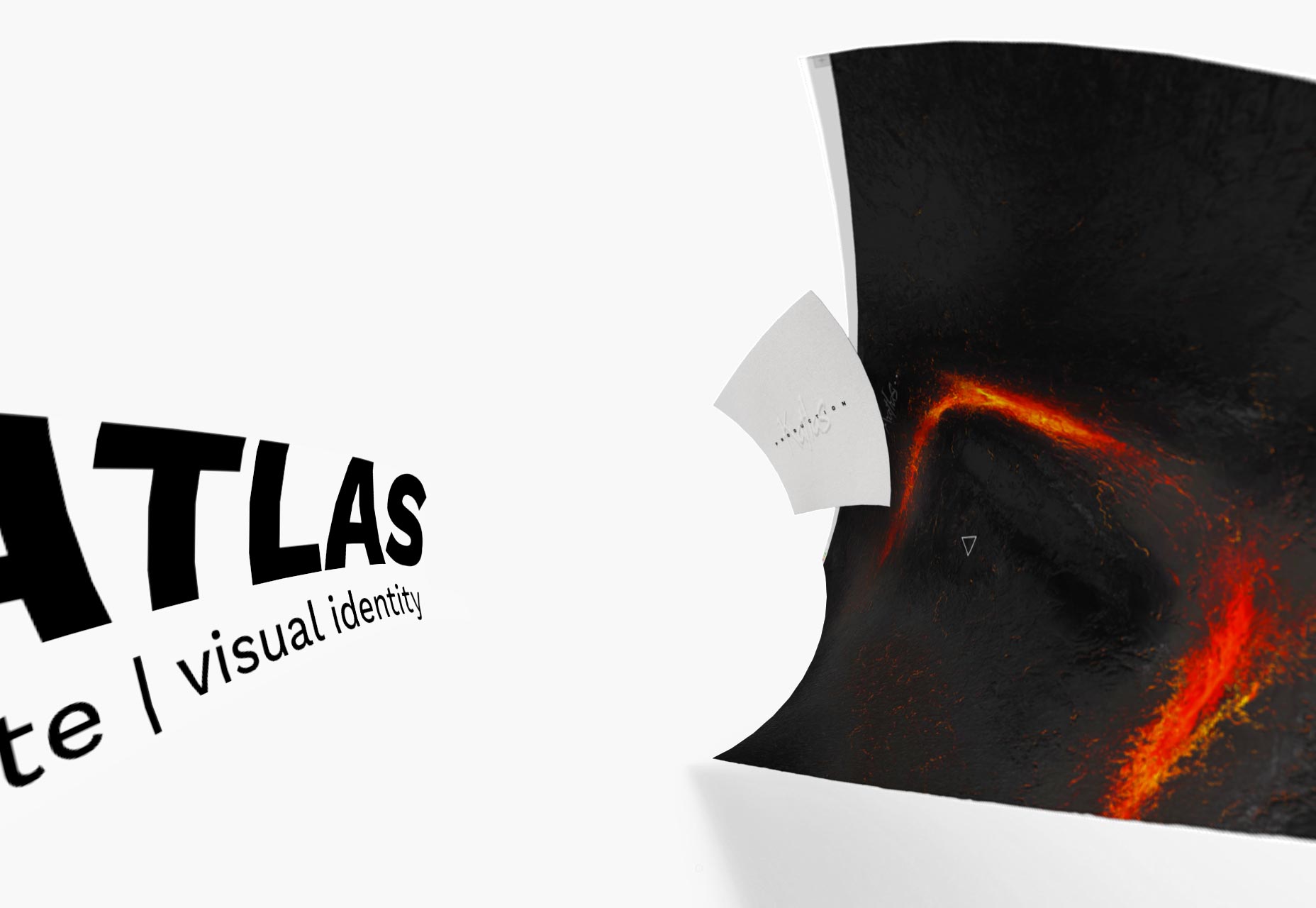 Anyone who’s read a few of these articles will know that I can appreciate designers trying something bold, and even drastic, even if it’s a little flawed. That’s more or less how I’d describe Snow Beach, a portfolio for what appears to be a team of directors.

The navigation isn’t exactly obvious as navigation until you look closely, and the “screensaver” kicks in way too quickly. Otherwise, this site hits you hard with that red tone, and a design that is obviously all about getting you to the videos as quickly as possible. I like it. 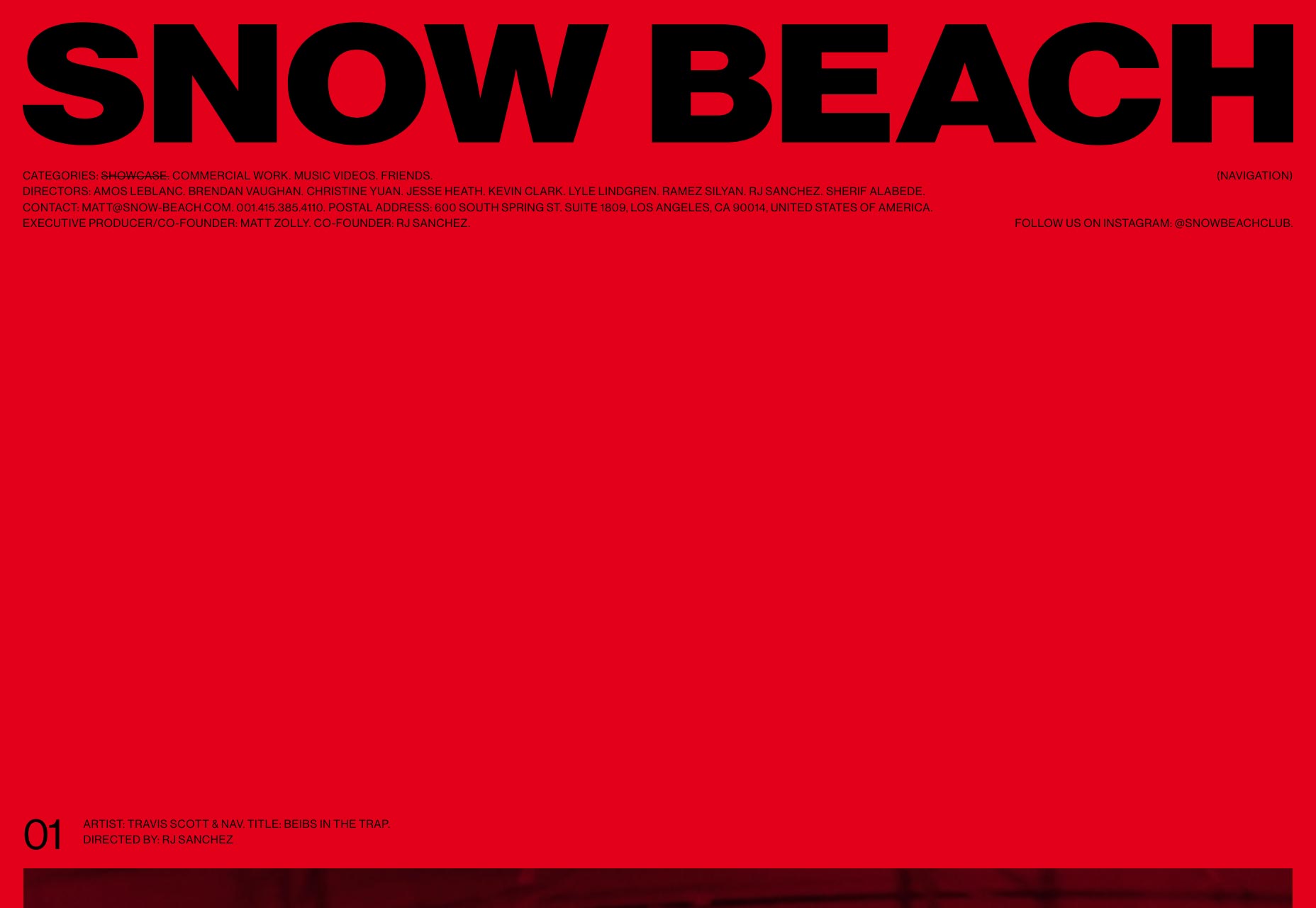 Community Films is another portfolio for several different directors. Instead of hitting you hard with a ton of one single color, though, this one organizes its videos (and Instagram posts) into a pleasant masonry layout.

I’d say they need to make it clearer which links are Instagram picture and which are videos from the get-go, without requiring the user to hover over each one. Otherwise, the site is pleasant to browse, and stays out of your way. 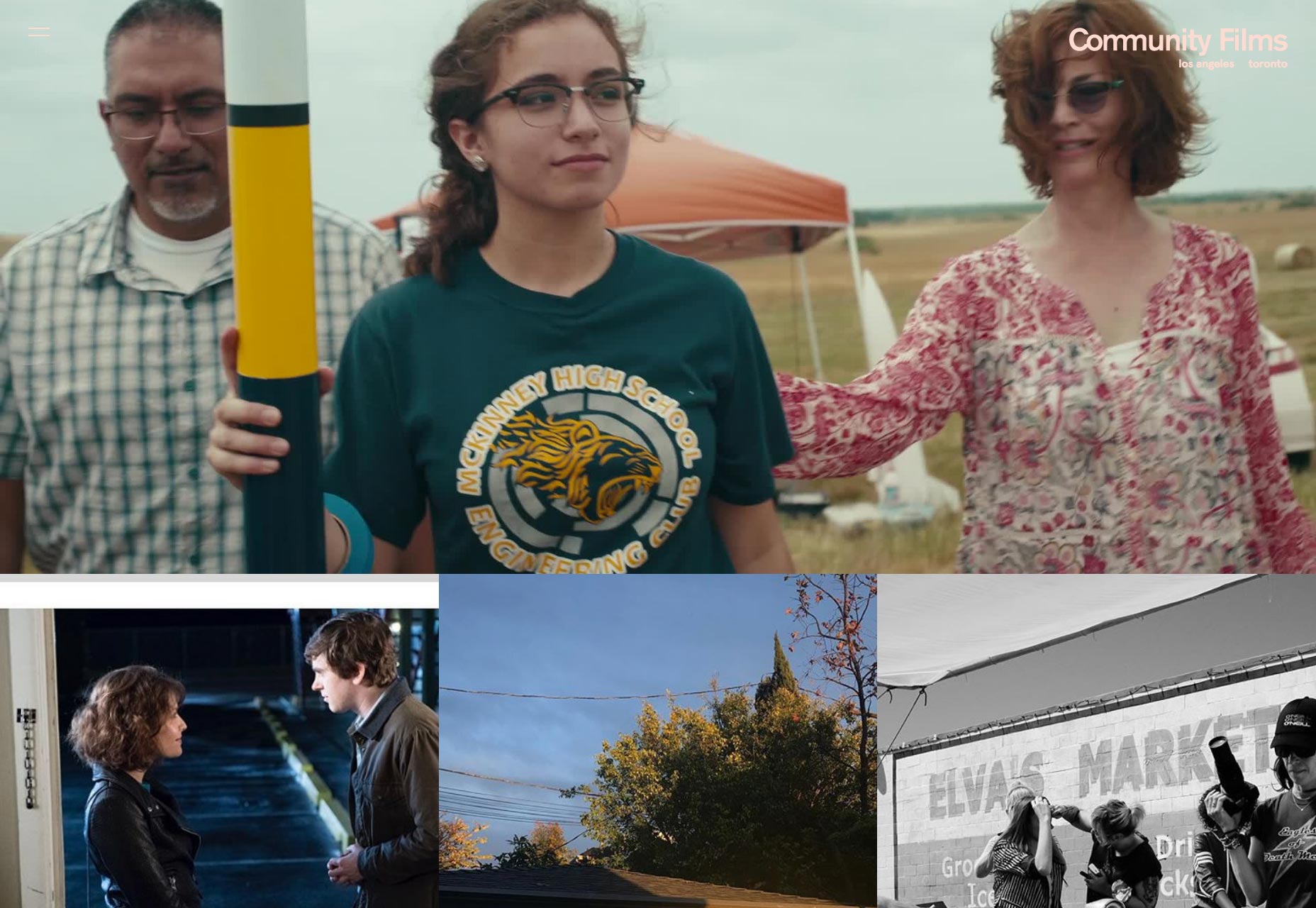 ODC2017 is an interesting case, as it’s not the main portfolio. It’s just a collection of things that One Design Company did in 2017. I have to say, it’s rare for me to see over a dozen color palettes put to use in one page, and even rarer still for me to think it works. But it works here. 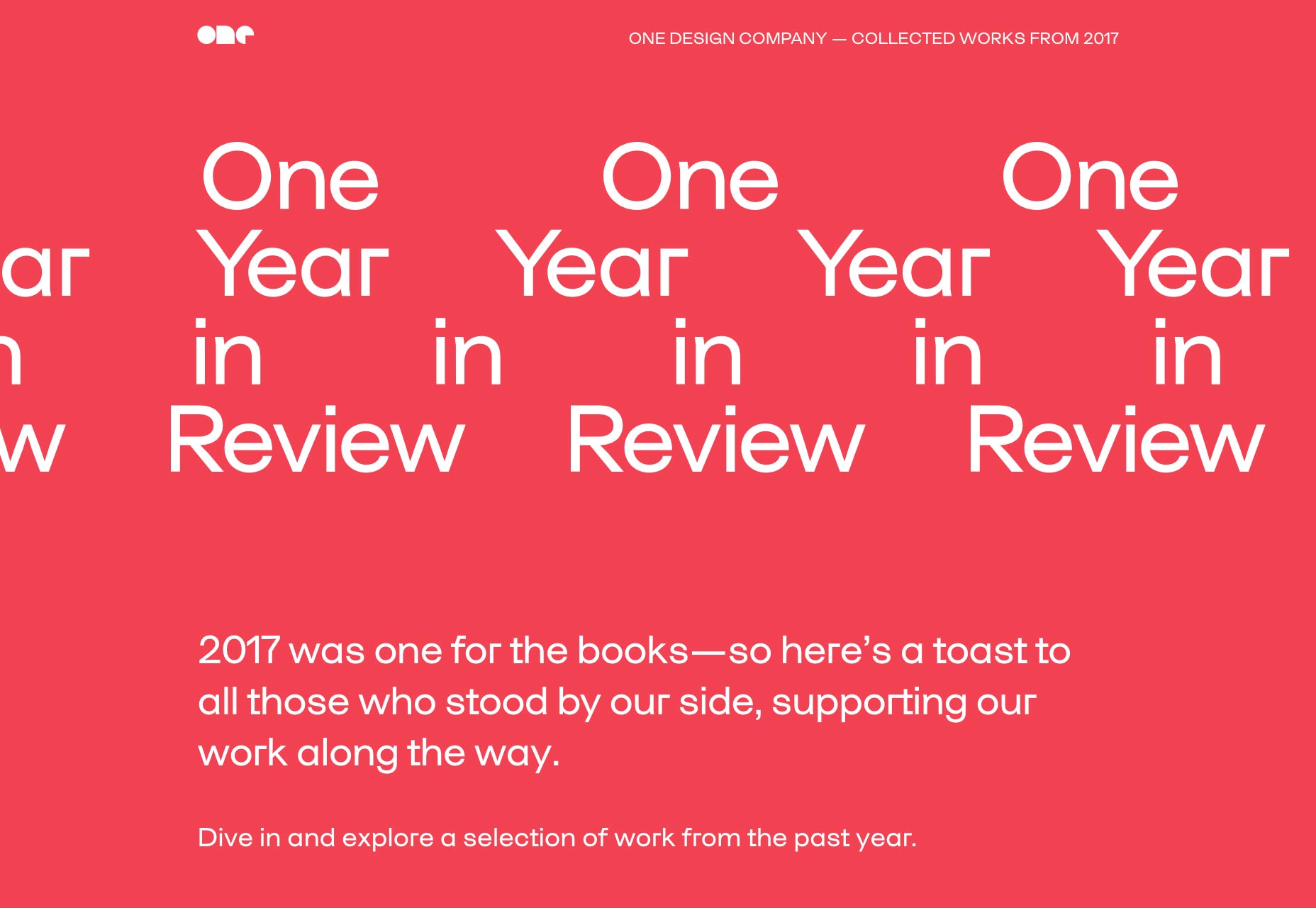 Claudia Basel’s portfolio is another one of those sites that hits the right spot ion a weird way. You know, like, it’s weird but it’s good weird. Full-screen navigation with what looks an awful lot like a family photo on the home page gives way to a minimalist portfolio that is clean and clear. 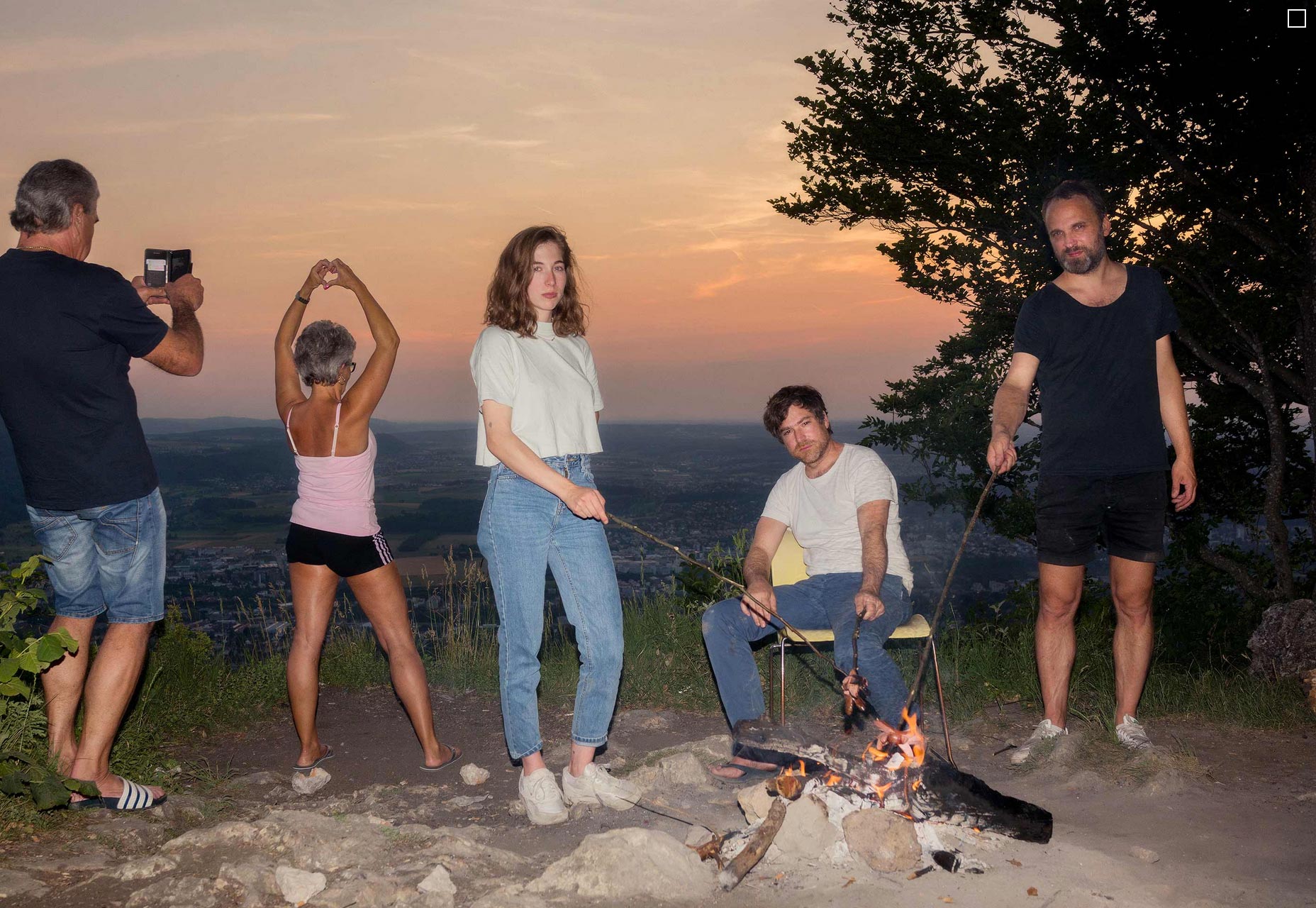 Hugo Vann took the now very-familiar asymmetrical site and gave it a dark coat of paint. It’s simple, and nothing mind-blowing, but it looks pretty, and works well. What I do particularly like is the way he presents snapshots of his work in ways that make sense for the medium. For example, he doesn’t present his mobile interfaces with skeuomorphic faux-phones, but you can still tell it’s a mobile interface first and foremost. 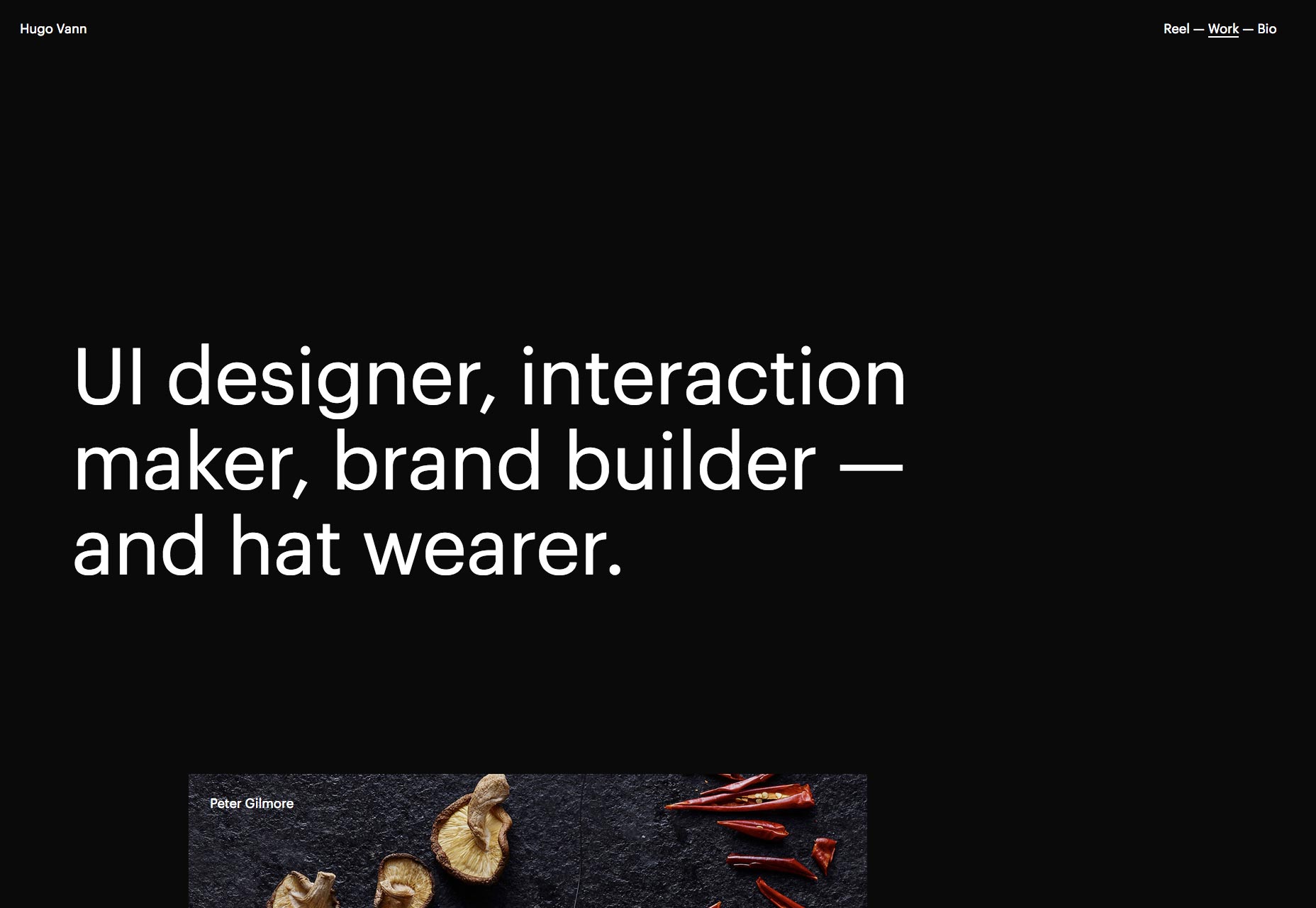 Patrick Heng used his portfolio as a way to show off all of the fancy interactive tricks he could pull. But I’ll find a way to forgive him, if only because it’s just so pleasant to look at. It’s rare that a site manages to feel colorful despite most of its elements being monochromatic. It definitely has something to do with how colorful all of his work is. 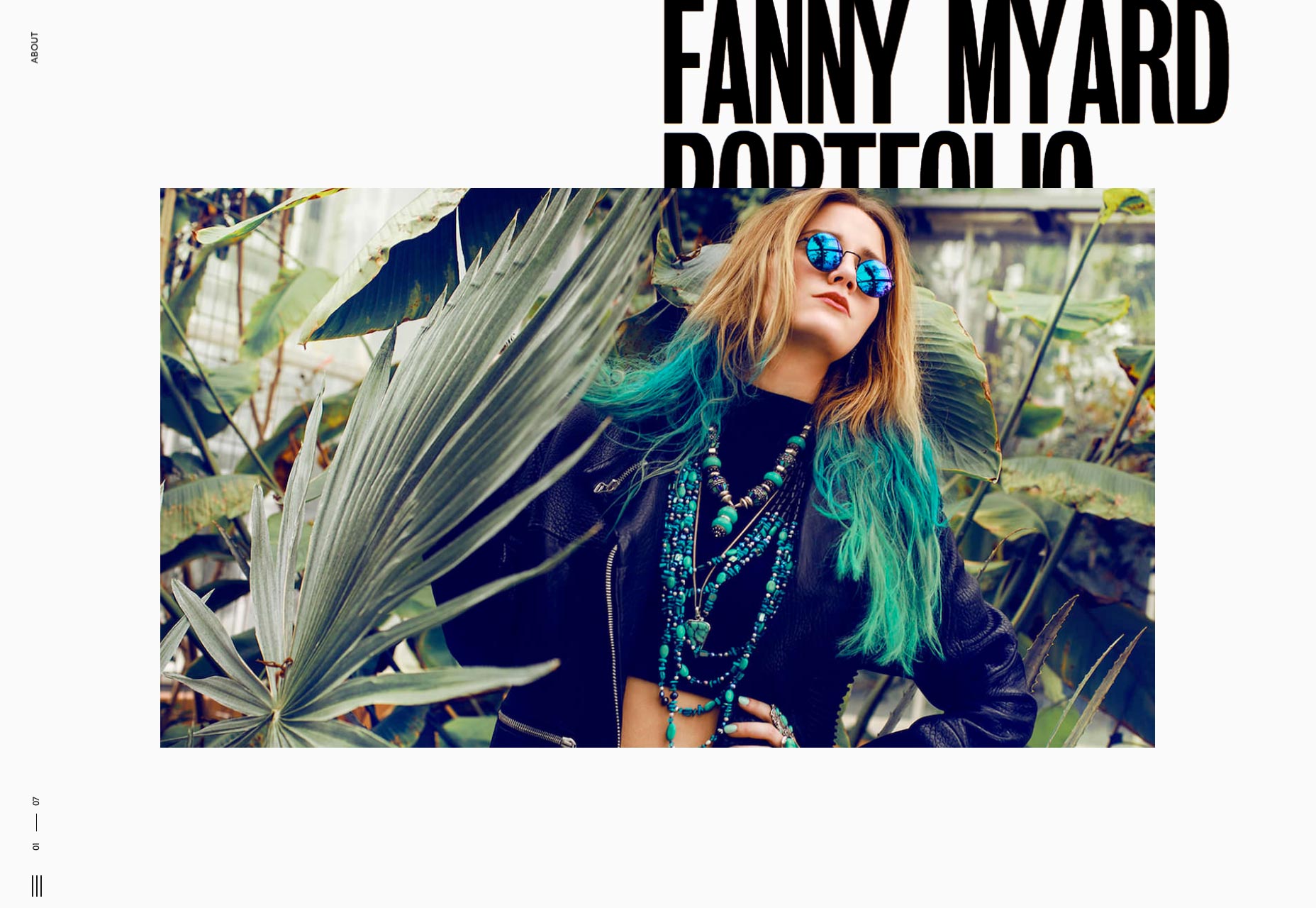 I’d just like to tell the people behind Switch that their site is lovely, find yet another way to implement project slideshows creatively, and that they should look out for lawsuits from Nintendo; they litigate hard.

I typically wouldn’t recommend using slideshows for everything, but I must admit that more and more sites manage to make it work. Switch is one of them. I’d just make the contact info horizontal again. I don’t like trying to decipher text that’s “on its side”. 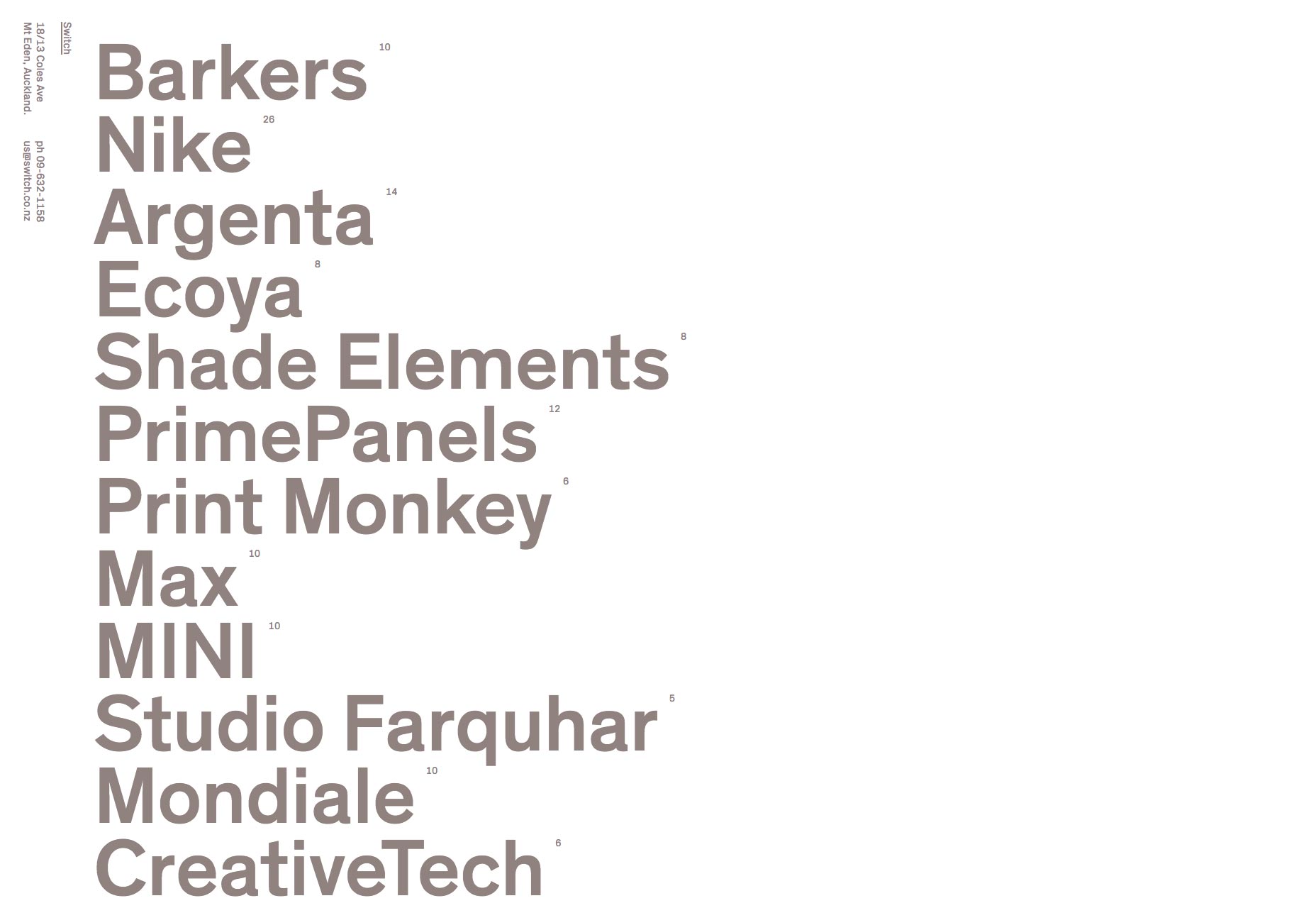 With the dead-simple layout, the huge and bold sans-serif type, and the thick black borders on some thing, Akademi feels like a bit of a throwback. You know, a throwback to two or three years ago, at most? Darn, trends move fast.

It ain’t fancy, but it’s a good website. Man, I almost miss this style, now. 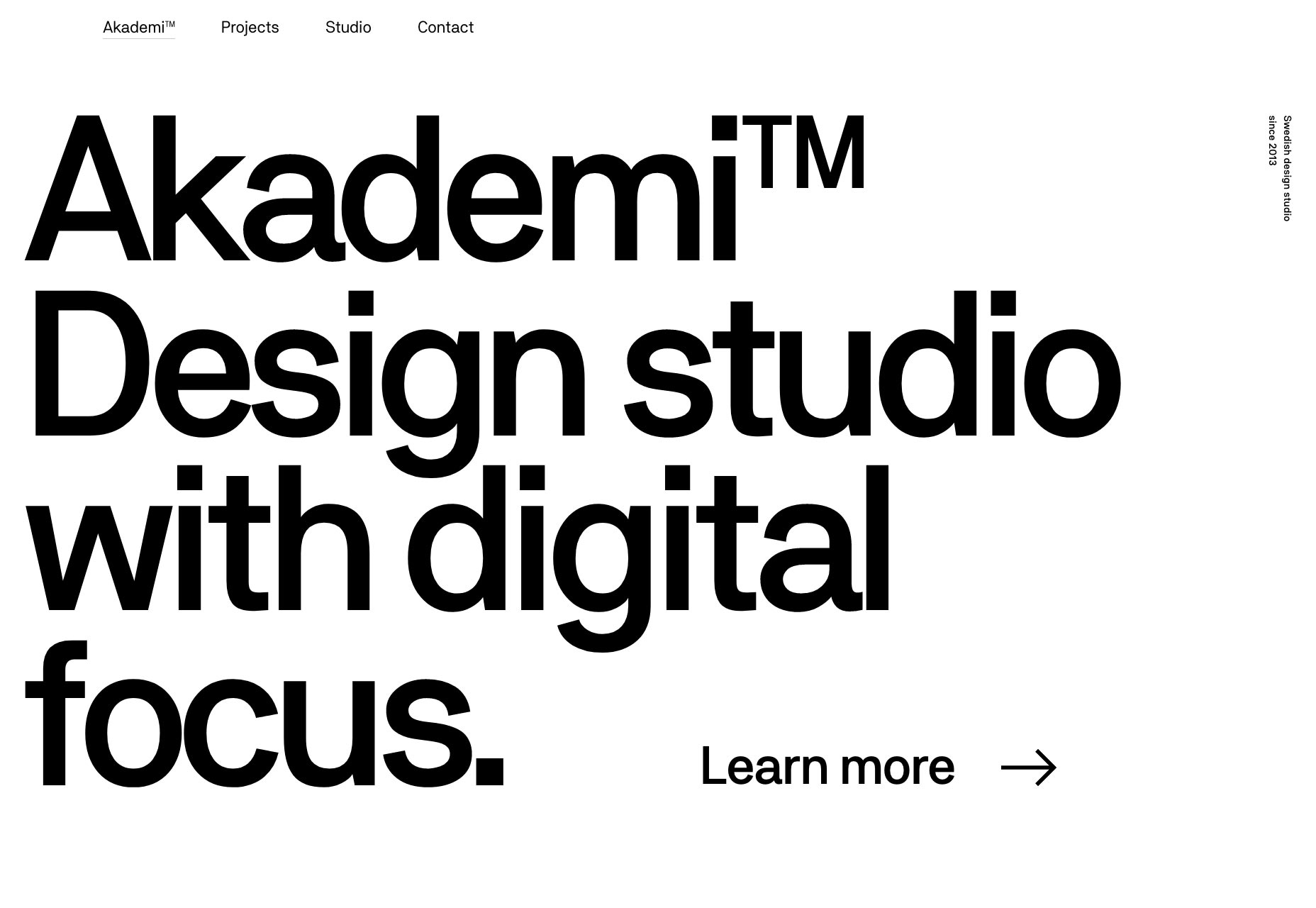 Two Twenty Two is the next site on this list to go a little nuts with the 3D graphics on its website. We’ve got polygonal pizza, lollipops, toast, sunglasses, and those boxes from Super Mario that have question marks. The rest of the site sticks to a fairly typical layout, but that homepage really sets the tone. 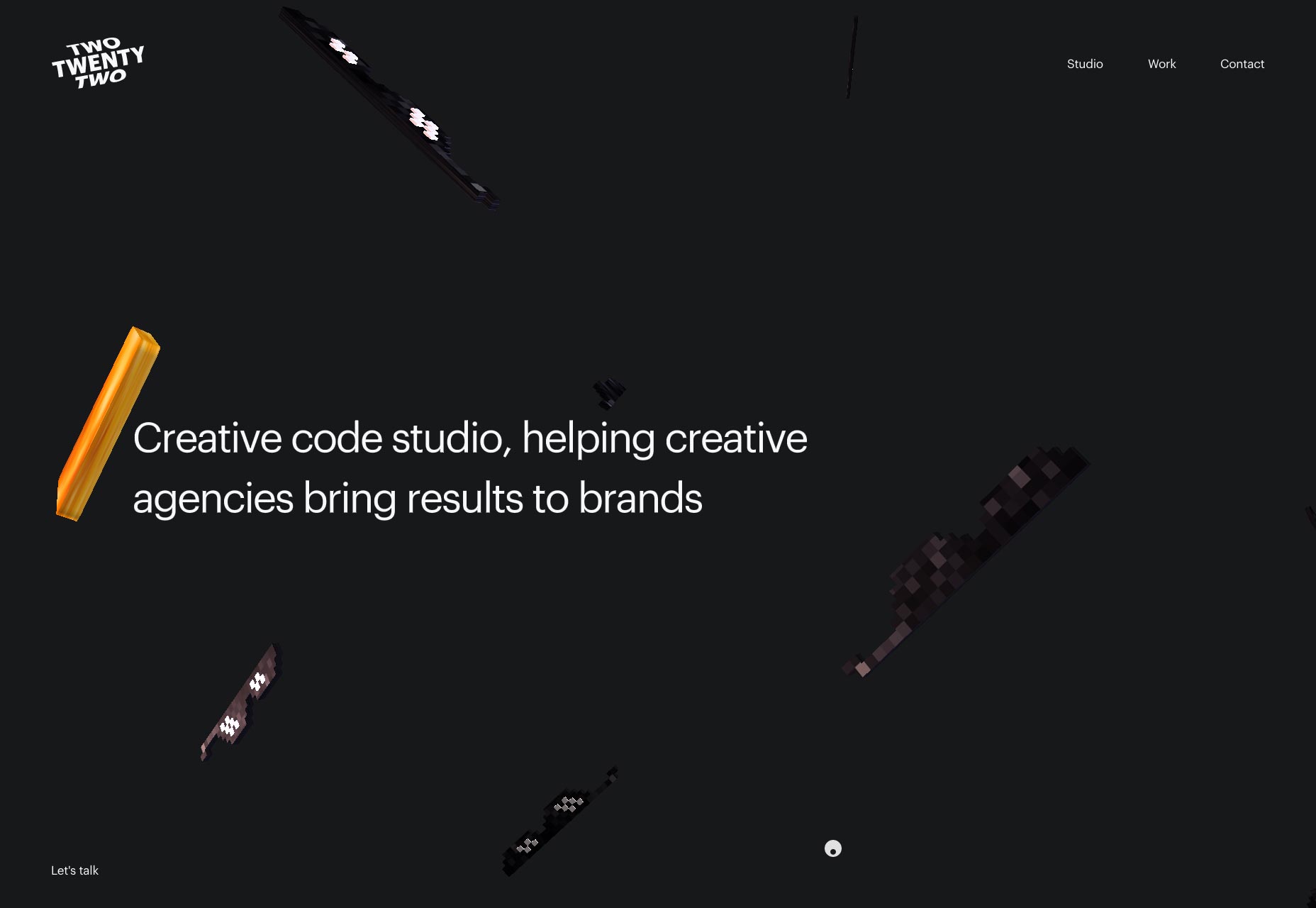 Magic People Voodoo People lives up to its name by embracing a new-age kind of vibe in its presentation-style portfolio. And even if the logo does look a bit too much like clip-art for my taste, you can’t deny that they have a distinct theme going for them.

P.S. Click around on their page until you see lasers shoot from the eye-logo. Then keep clicking as fast as you can. 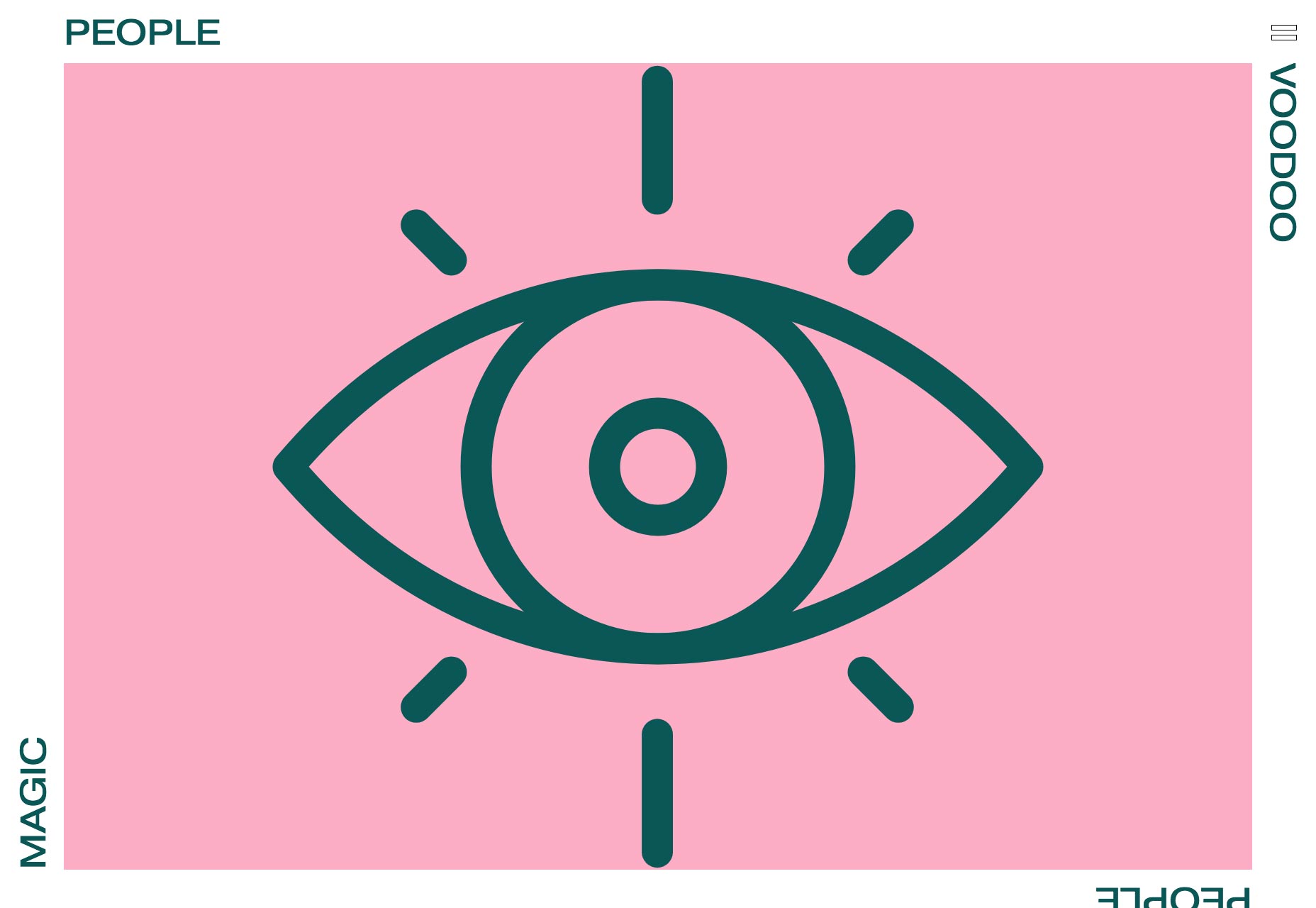 Contrast Films has taken to the Internet with a presentation-style site that very lightly mimics the look of a video camera’s view-finder. It’s stylish, the type is great, and they milk that theme for all its worth.

I am still skeptical of navigation links being spread to all four corners (or sides) of any given website, though. I don’t know where this trend came from, and I’d dearly like to see some numbers on how well it does or doesn’t work. 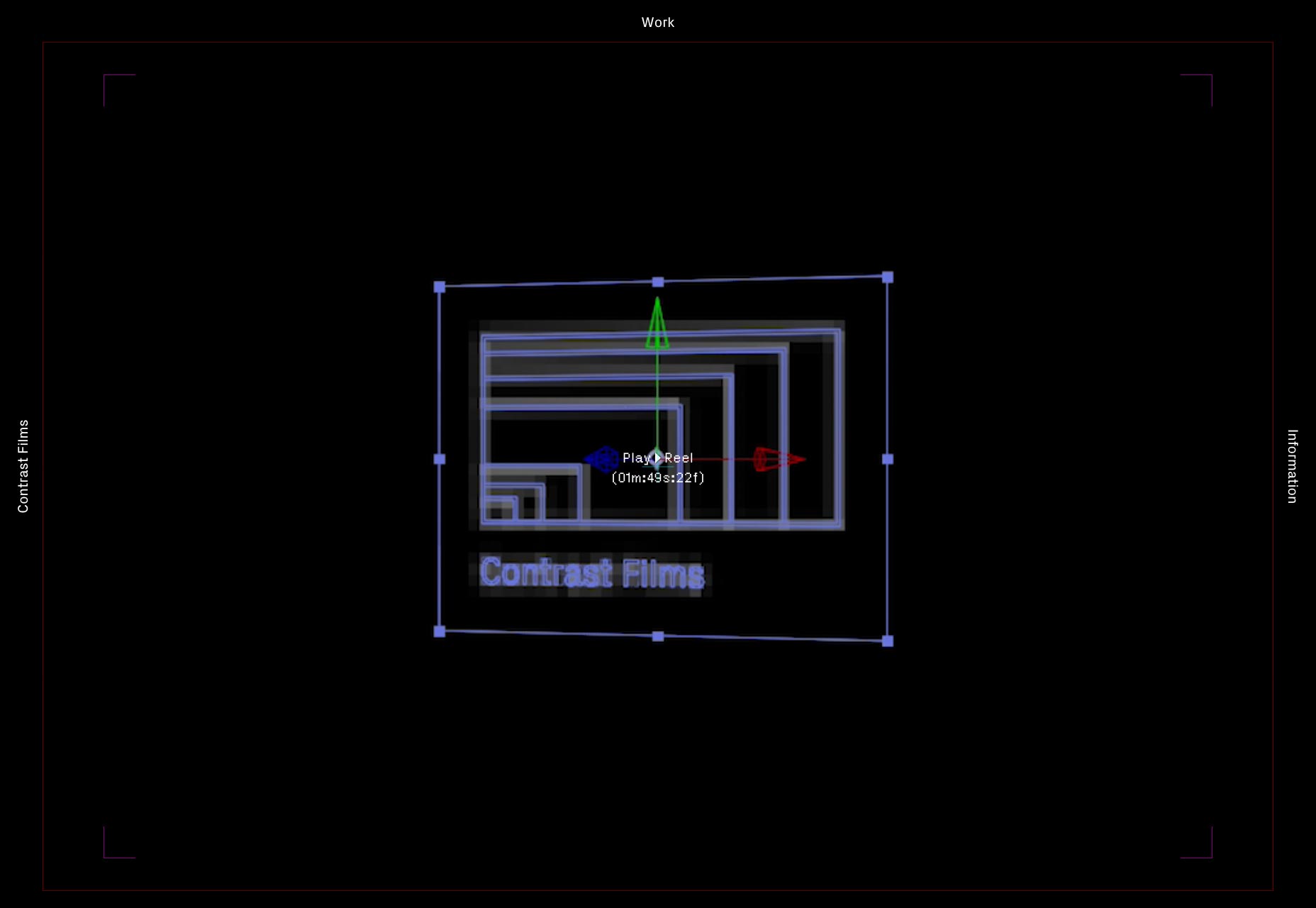 Mr. Kyle Mac brings us another website that is light, clean, and minimalist, with a few light touches of animation. Nothing mind-blowing, but solid and dependable design. 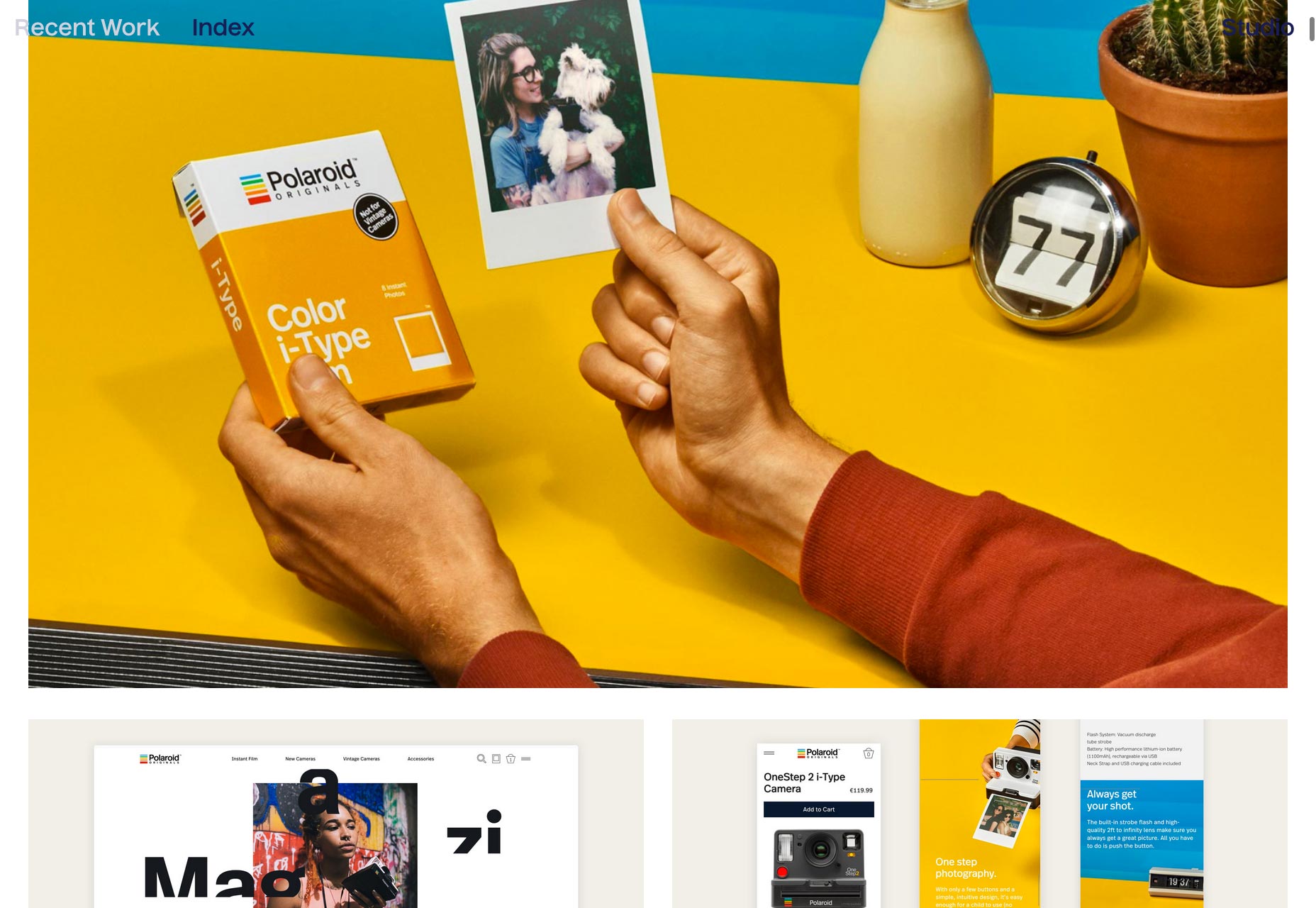 Walter Spatzek’s portfolio goes right past “light touches” of animation, and dives right into the deep end. And yet, the rest of the design feels elegant enough that I don’t mind. The work is very clearly emphasized, and does all of the selling. 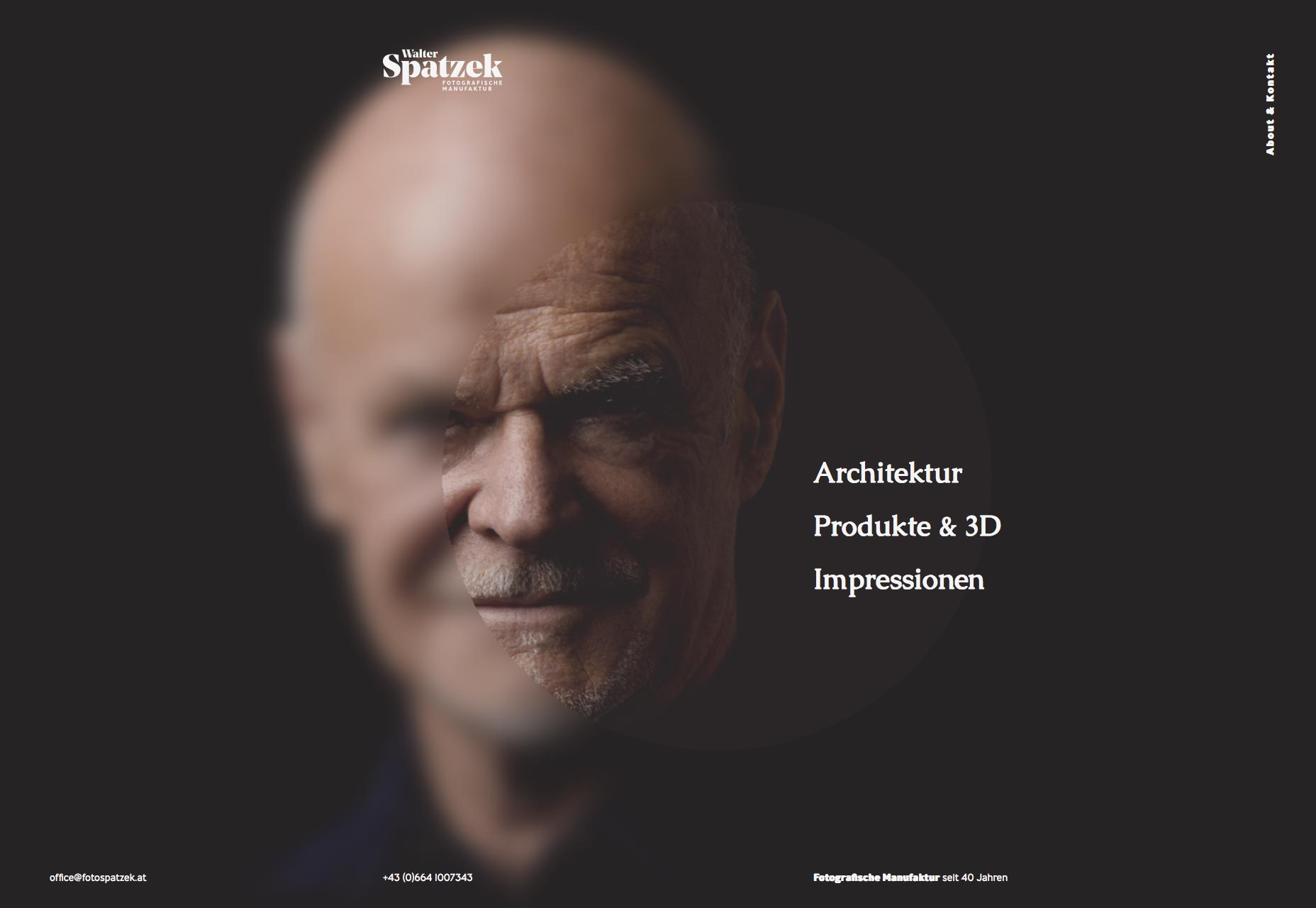 Florian Wacker has managed to do something I never thought I’d see. They’ve made (what I’m pretty sure is) German look more elegant than terrifying through typography alone. Okay, that’s a joke, but really, if that was English, I’d quite enjoy just reading everything on this site. 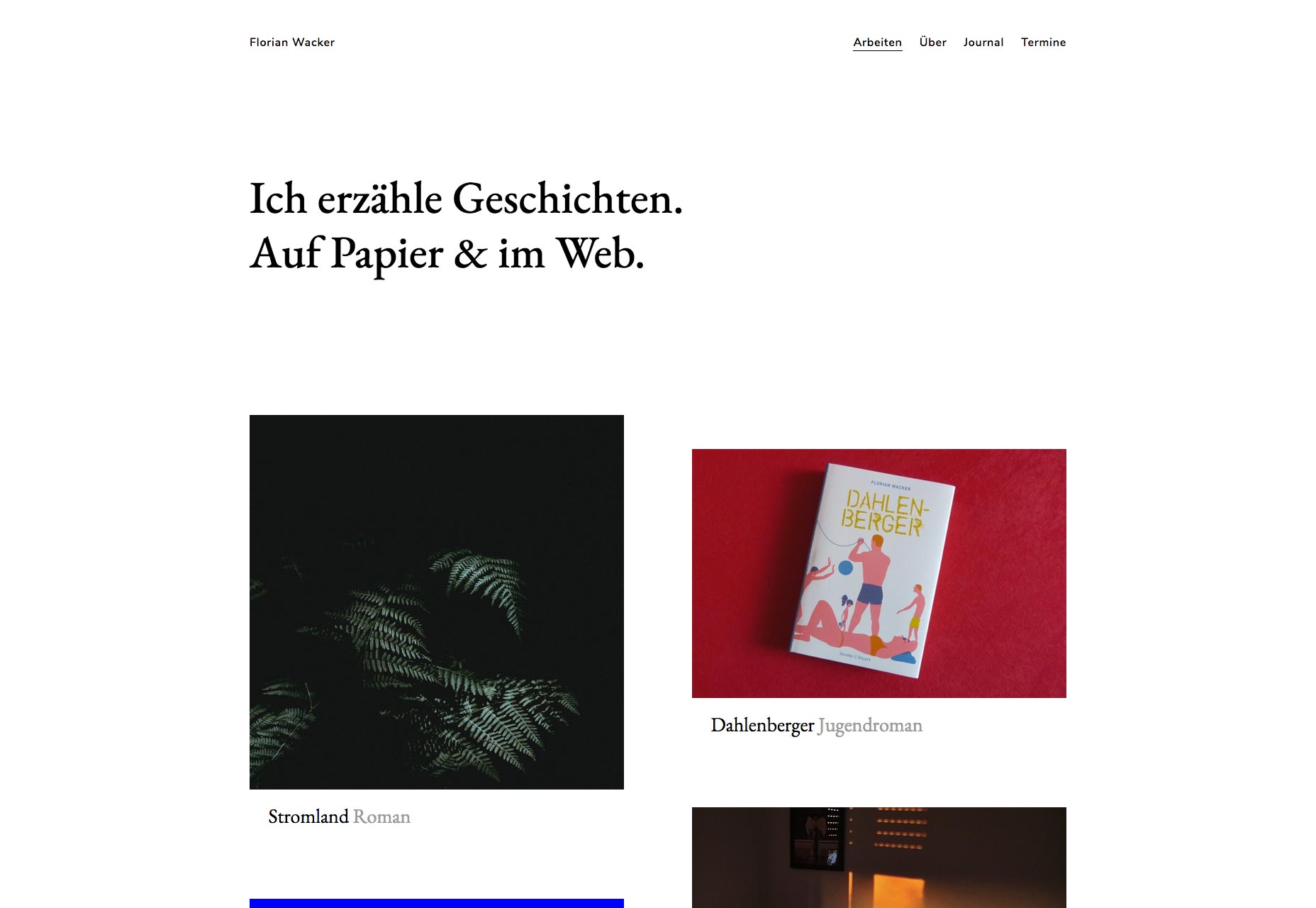 Ketan Mistry is an old-school designer, and his website embraces an old-school theme. I half suspect his website might have looked a lot like this as far back as when we used frames and tables for layout. And why not? Good design lasts. 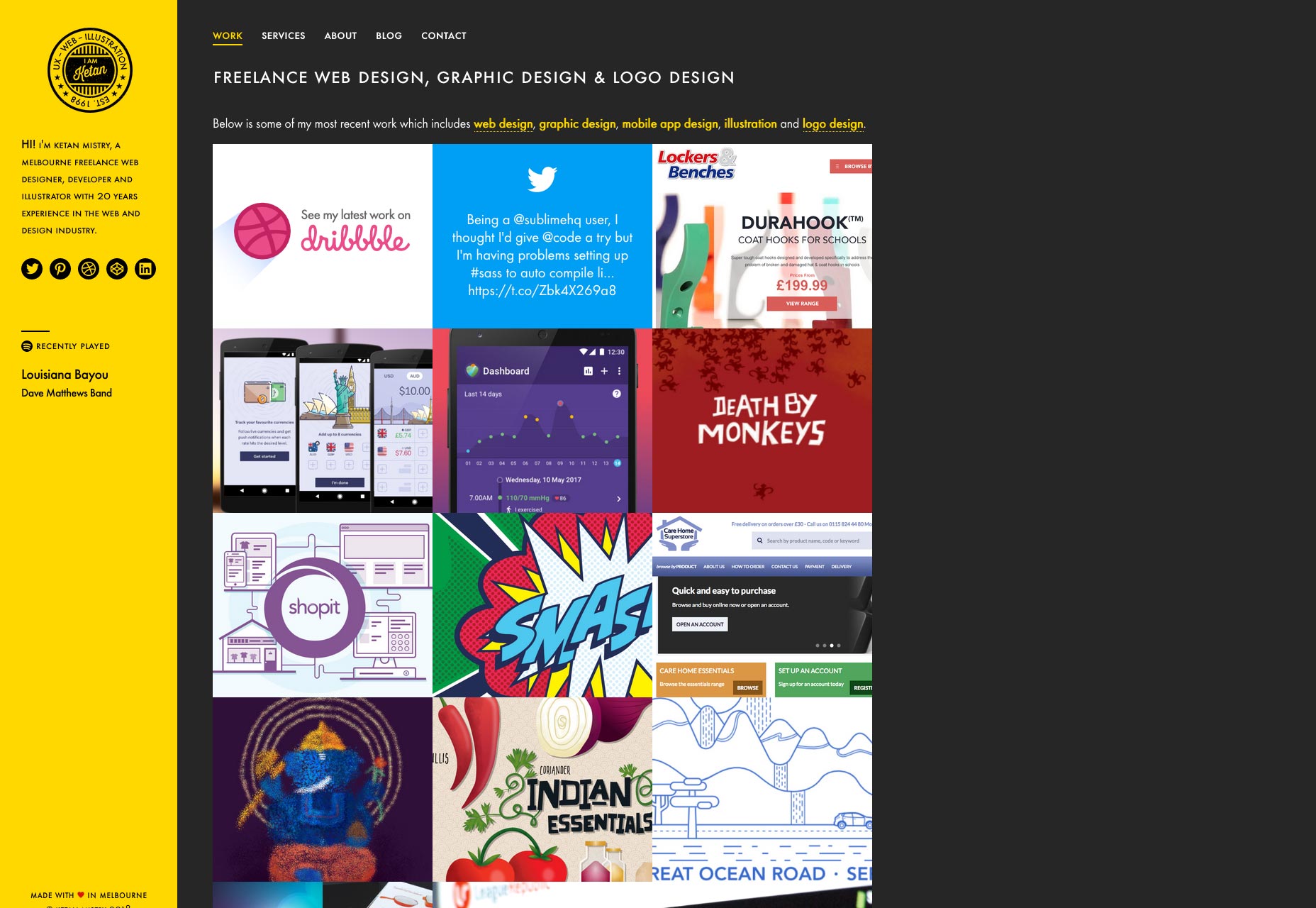 If Robbie Hall’s portfolio looks a bit like a theme, don’t worry. That’s just Bootstrap showing through. However, I didn’t figure that out ’til I looked at the source. In a way, that fact alone is a testament to the skill of the designer. Plus, it looks good. 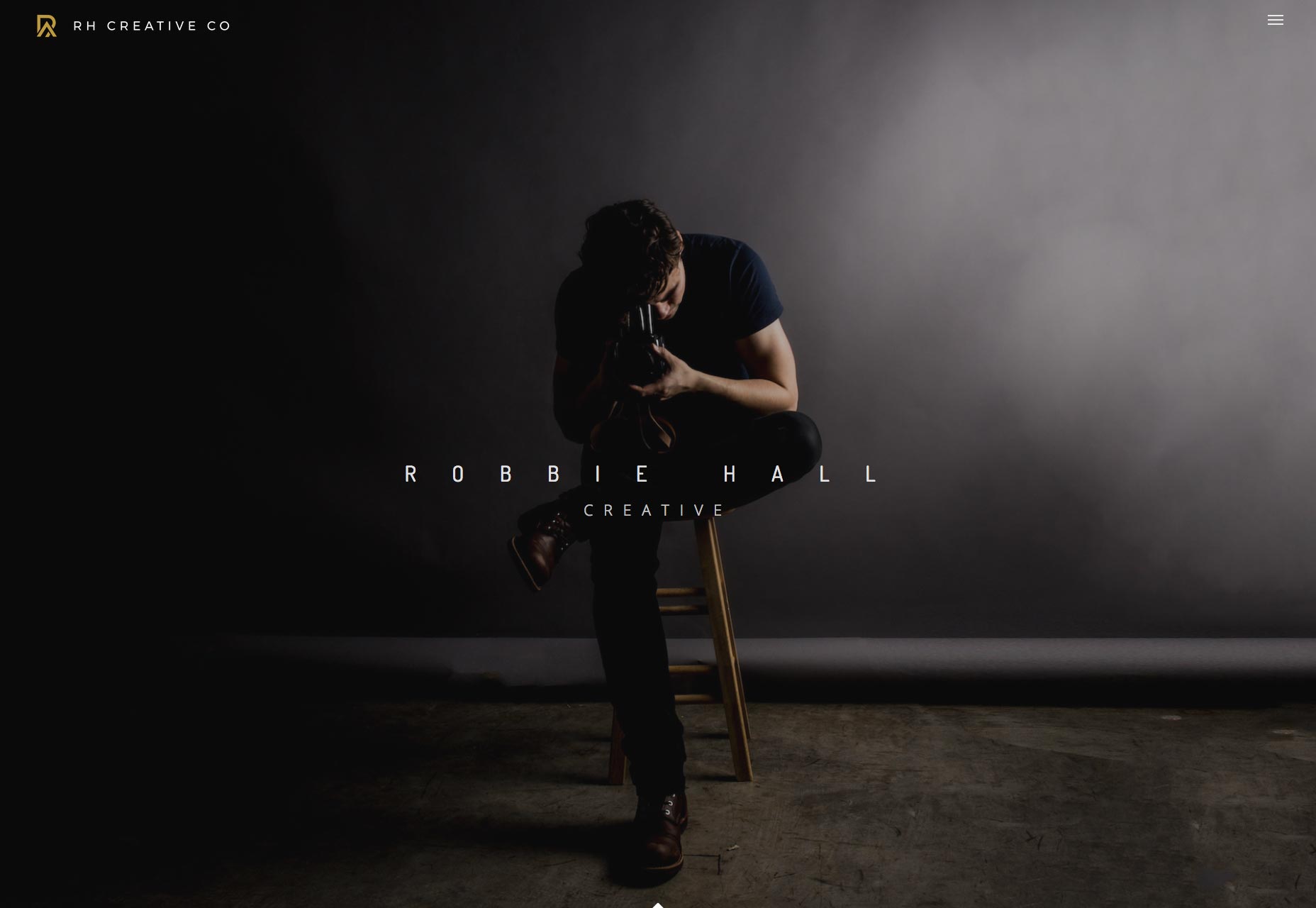