What Is the Future of Online News?

Newspapers around the world are struggling to survive while competing with websites that offer comparable news more quickly and without a subscription fee.

Many newspapers have embraced the Internet and use their own websites to post news, but their online revenue is a fraction of what they get from print advertising and subscriptions.

Newspapers are losing money and one by one they are going bankrupt.

How can print newspapers maintain their profits while competing with online news?

This article explores the predicament and looks at the role that website writers, designers and developers will play in the near future.

The BBC explains that the New York Times plans to start charging users who read more than a certain number of online articles per length of time. The BBC article points out that the Financial Times (a UK-based financial newspaper) has already implemented a similar payment system.

Registered users of the Financial Times website are allowed 10 articles every 30 days for free or unlimited access for $3.59 per week. 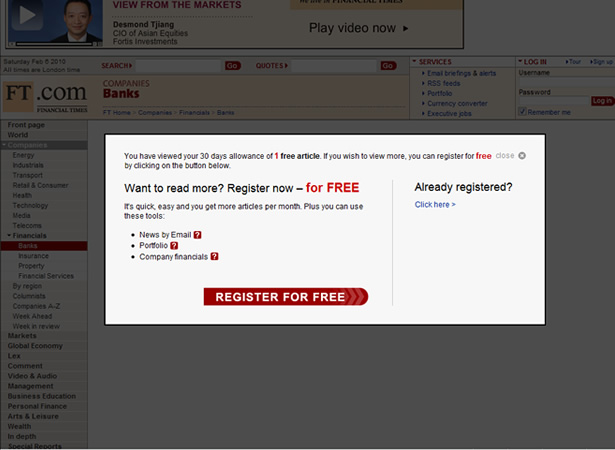 This paywall system works for the Financial Times because it sells content that isn’t offered by general interest news websites. Getting as many different opinions as possible is more valuable in the financial world than in the world of current events.

People are willing to subscribe to the Financial Times because they stand to earn more money using the knowledge they have gleaned.

In short, the Financial Times dominates a niche. But what can general print newspapers offer on the web that people cannot already find for free?

Before the Internet reached its current state people had fewer options for consuming news; getting the newspaper delivered to their door was the easiest option. Now with the exception of local news people have an even easier option: turning to free websites and 24-hour news channels.

The newspaper-reading demographic has shrunk to only those who can’t or don’t want to stare at a screen, and that demographic continues to shrink. 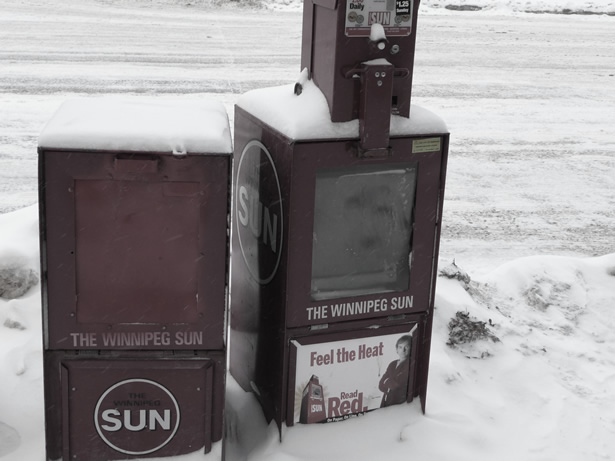 The heat is not being felt.

News is freely and readily available on the Internet and with so many providers out there newspapers are finding it tough to deliver unique content.

Many people now find their news through social media, which has proven to be one of the quickest ways to communicate on a large scale.

Competing with those networks on speed is nearly impossible for newspapers, aand on depth of coverage, competing with 24-hour news channels and their respective websites is tough, too.

Newspapers instead focus on quality of coverage. But because today’s average consumer wants everything faster and cheaper, this is not a path by which all newspapers can successfully make a profit.

Depending on the country, newspapers might have some room to compete at the national or local level. In Canada, roughly 100 mainstream newspapers have significant subscription rates.

Only a few of them attract decent traffic to their websites, and this traffic depends on Google rankings. Because higher traffic improves search engine ranking significantly, newspapers that sell to larger audiences rank higher, thus drawing traffic that might have otherwise gone to smaller newspapers.

Those smaller newspapers get minimal traffic from Google and rely on people visiting their websites directly. News providers will not be able to co-exist on the Internet at their current numbers while maintaining the same profit levels. These newspapers will not survive by selling only local news. Newspapers need a savior. 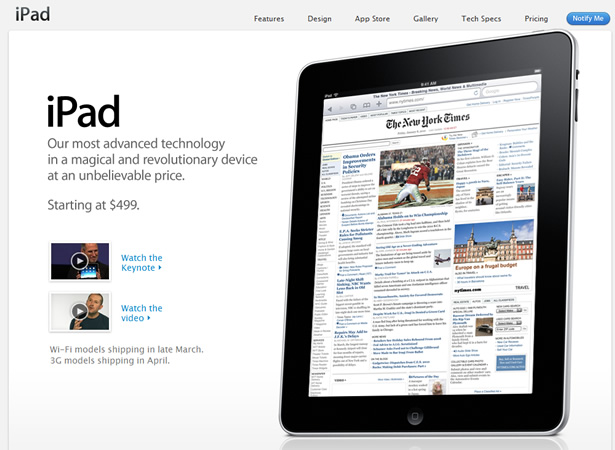 Apple’s latest product gives print newspapers a glimmer of hope. These companies did not get a quick jump on the Internet, and they weren’t ready to throw a lot of money at Amazon’s Kindle.

The iPad is their latest and potentially last opportunity to turn things around. Newspapers will do their best to take advantage of the iPad. But they will not succeed.

The iPad won’t trigger any revolutions. It will make news easier to read, but it won’t change the sources from which people get their news.

It does, for most of them.

Pessimistic, but true. They’re selling something that’s being given away. The only unique thing they’re selling is local news, and few are willing to spend significant money on that. The most popular newspapers in the world will continue to survive, but the vast majority of newspapers will continue spiraling towards bankruptcy.

The Printing Press Is Dead

Online content is taking over. Blogs—especially blogs that fill a niche—will play a critical role in the coming years. Consumers are already canceling their newspaper subscriptions and assembling their RSS feeds.

Those who design and write for these websites have a huge responsibility ahead. They cannot wait any longer to start building something out of the rubble that print news companies are breaking into. 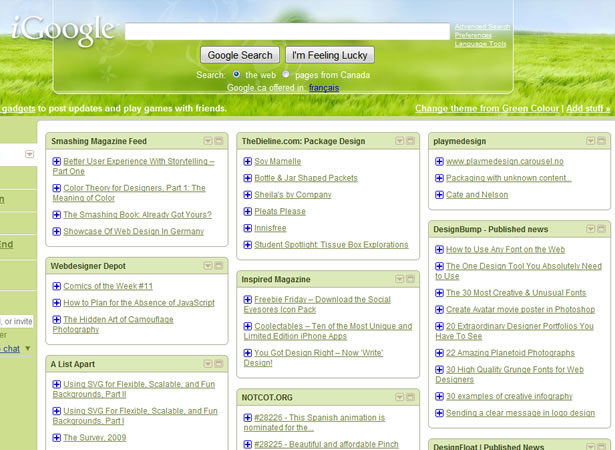 The iPad has the potential to inspire people, and clients will change their website requirements because of it.

Designers and developers need to be ready. Just like mobile phones, the iPad is simply another tool to consume the web. As new as it is, the iPad should not be ignored, nor should it be inflated into something more important than it could ever be.

The New York Times’ announcement of its subscription payment system came suspiciously soon before Apple unveiled the iPad. This is probably no coincidence, considering Steve Jobs used the New York Times to showed off the device during the launch.

The newspaper is banking aggressively on the assumption that people will opt for the electronic version over the print copy. With Apple behind it, the New York Times has a good chance of executing a successful online subscription service. A few other companies may find success, too, but results overall will be lacklustre.

Website creators have to be ready for this, too. Every website is unique, and only a few providers will succeed in selling subscriptions. Just because big websites such as the New York Times are going for online subscription-based revenue does not mean that this is the next logical step for all websites.

Many website designers run their own niche blog, and if the content is unique enough, a designer might be able to sell subscriptions to it. The content has to be very high quality, though, and few design blogs meet that standard.

A List Apart is one that does, and it could potentially turn a profit selling subscriptions. But the subscription route is a risky move because it alienates many users and shrinks ad revenue substantially.

Jeffrey Zeldman, publisher, founder and executive creative director of A List Apart, gives two reasons why A List Apart does not put its content behind a paywall:

He goes on to clarify that he is not against others implementing such a system. He plans to pay for the online version of the New York Times and would be willing to pay for access to respectable blogs, but he doesn’t believe that system would benefit A List Apart.

The future of news is hard to predict. Newspapers will continue shutting down, and online content will play an increasingly significant role.

Being able to assess whether a particular project has the potential to succeed is an important part of any web designer, developer or blogger’s job, and also one of the most difficult.

Whether the iPad succeeds is irrelevant. What matters is how people choose which content to consume (with or without the iPad) and how content providers manage to maximize their profits.

This article was written exclusively for Webdesigner Depot by Eli Penner (http://www.sleepyhero.com). Special thanks to Jeffrey Zeldman for his valuable insight.

Do you agree or disagree with this article? Feel free to leave a comment below… 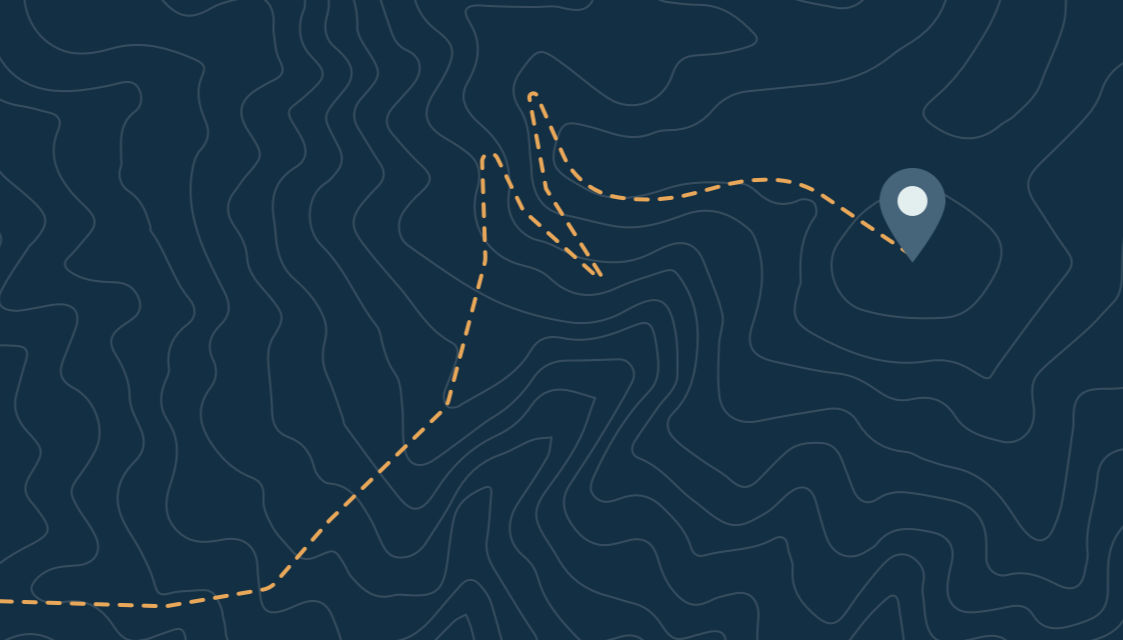 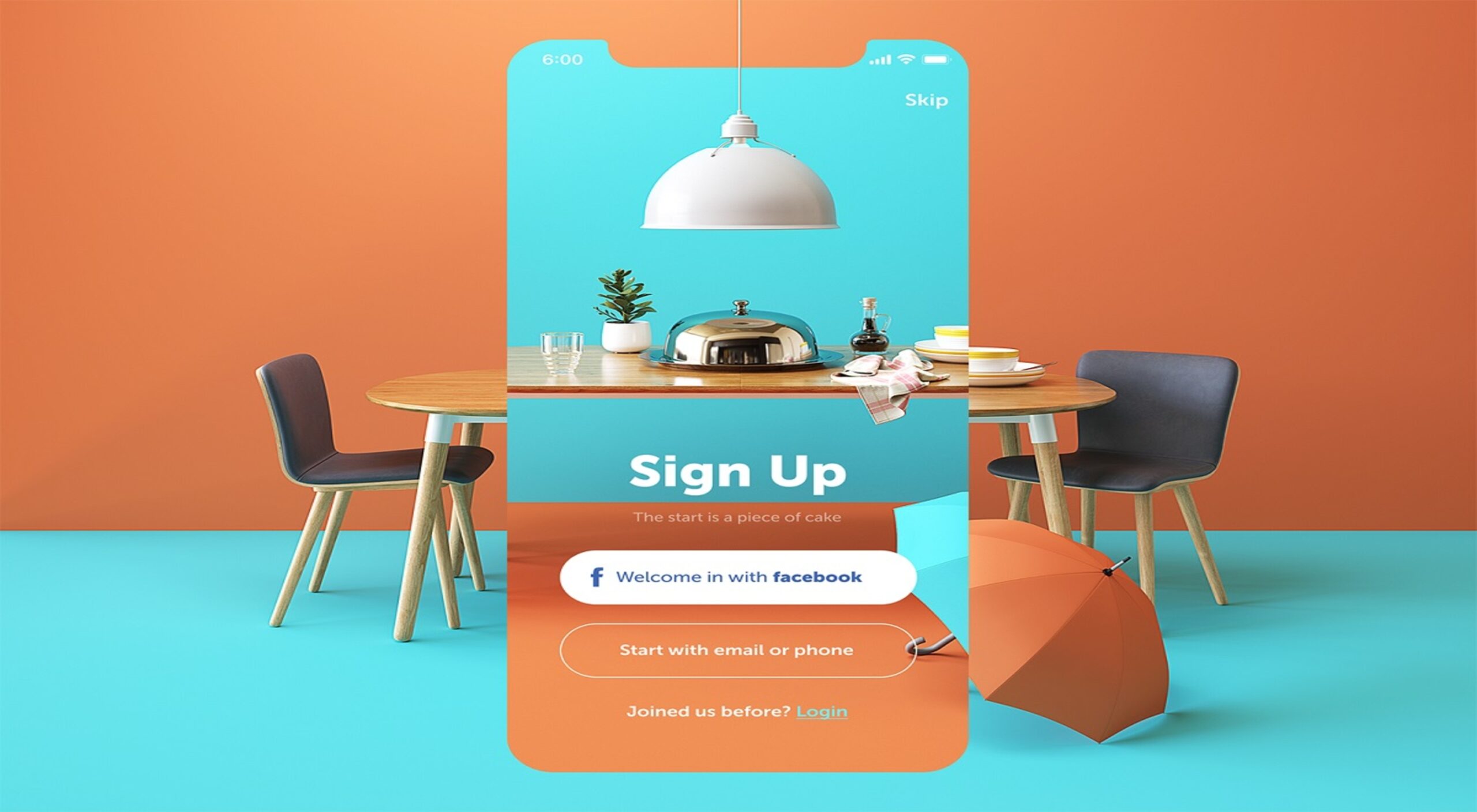